Four-year-old Platan's visa application was rejected, his great aunt said. So much for open arms. 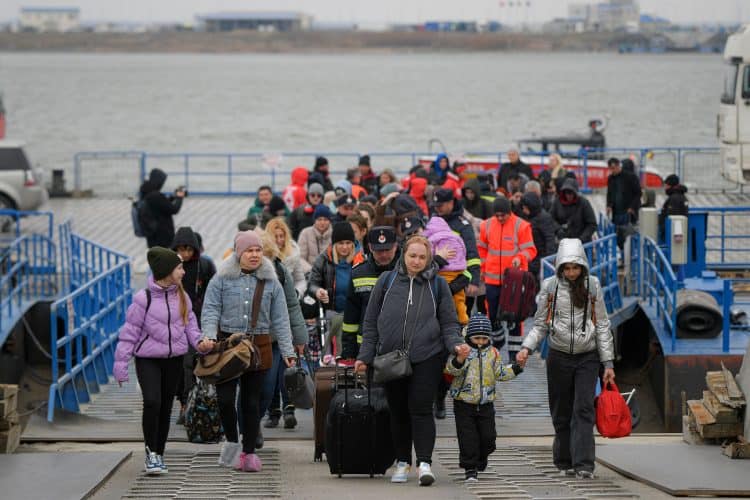 A four-year-old Ukrainian boy has been refused entry to the UK, his family said.

The great aunt of Platan tried to bring him to Stockport, after the youngster and his mother fled Ukraine after Russia’s invasion.

But the pair have only got so far as Italy, with four-year-old Platan’s visa application thwarted because his passport had recently expired.

That is despite the Home Office insisting that children do not need passports to claim asylum in the UK.

Inesse Gwynne, the boy’s great aunt, told the BBC that she wants to bring her relatives to her home in Greater Manchester – and they “don’t know what to do”.

“We want them over here in our family. We want to look after them,” she said. “We want to send Platan to nursery but we can’t.”

The Home Office claimed the department was “moving as quickly as possible” to ensure Ukrainians can reach safety in the UK.

Earlier this month, the government launched the Ukraine family scheme, which allows Ukrainians to join family members or extend their stay in the UK.

It had received some 32,500 applications by Thursday, with just over a third of those people since receiving visas.

The Home Office said: “We are moving as quickly as possible to ensure that those fleeing horrific persecution in Ukraine can find safety in the UK, setting up the both Ukraine family scheme and now the Homes for Ukraine scheme, which allows those without family connections to come here.”

It comes as Labour accused the government of “shameful” delays in sorting out its visa schemes for Ukrainians escaping the war.

Labour’s shadow home secretary Yvette Cooper called on the Government to “urgently publish” more information to show the progress of the visa schemes.

She said: “A month after Putin’s invasion began, the continuing delays and problems with the Home Office visa processes for Ukrainian families are just shameful.

“The British people have shown huge generosity in wanting to support Ukrainians fleeing Putin’s invasion but the design of this scheme is causing real problems with continuing delays, huge confusion about how to make it work and safeguarding concerns.

“The government needs to urgently publish how many people have actually managed to arrive.

It comes as anti-slavery commissioner Dame Sara Thornton said she is “gravely concerned” about the “very real threat of human trafficking facing refugees – overwhelmingly women and children – at the Ukrainian borders and along their journey to destination countries, including the UK”.