The Russian president said the West cancelled" Rowling just like "they are now trying to cancel our country". 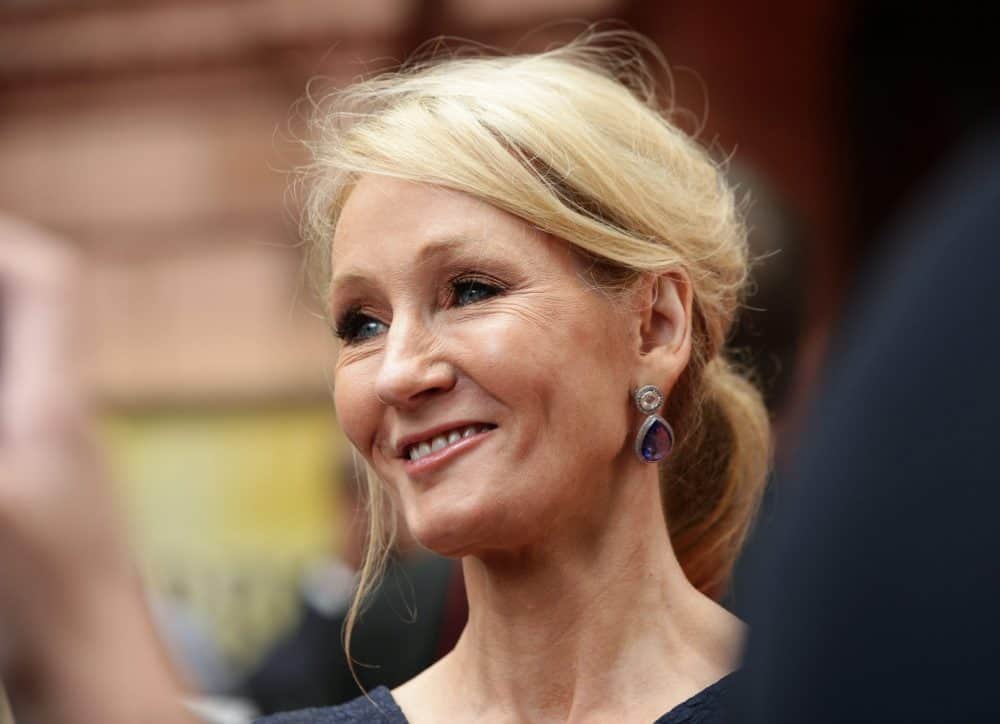 JK Rowling has hit back at Vladimir Putin after he cited the Harry Potter author in a bizarre speech denouncing western “cancel culture”.

The Russian president claimed the west was seeking to cancel Russian culture – including the work of great composers like Pyotr Tchaikovsky, Dmitry Shostakovich and Sergei Rachmaninov.

Putin claimed the British author had also been “cancelled” over he controversial stance in transgender debates.

“They cancelled Joanne Rowling recently – the children’s author, her books are published all over the world – just because she didn’t satisfy the demands of gender rights,” he railed during a televised speech from the Kremlin.

“They are now trying to cancel our country. I’m talking about the progressive discrimination of everything to do with Russia.”

He then compared “cancel culture” to Nazis burning books during the 1930s, a theme he has played on repeatedly during his bloodthirsty invasion of Ukraine.

Responding on Twitter, Rowling – sharing a BBC report about jailed Putin critic Alexei Navalny – said: “Critiques of western cancel culture are possibly not best made by those currently slaughtering civilians for the crime of resistance, or who jail and poison their critics. #IStandWithUkraine.”

She also shared a number of posts about the work of her children’s charity, Lumos, in Ukraine.

Last year, Rowling sparked outrage for posting a series of tweets about menstruation labelled by critics as transphobic. Taking offence at an article’s use of the phrase “people who menstruate”, she said: “’People who menstruate’. I’m sure there used to be a word for those people. Someone help me out. Wumben? Wimpund? Woomud?”

While many supported Rowling – including a host of high-profile newspaper columnists – numerous celebrities, including a number of Harry Potter stars, criticised the author.

Earlier this month, she accused Sir Keir Starmer of misrepresenting equalities law, claiming Labour can “no longer be counted on to defend women’s rights”.

Sir Keir told The Times “trans women are women” according to statute in the UK, and called for a more “considered, respectful, tolerant debate” about gender.

But Rowling said he had misrepresented the law, which she said indicated “the Labour Party can no longer be counted on to defend women’s rights”.

Sharing an article on Twitter about a Tory police and crime commissioner reportedly reprimanded for her comments on gender issues, she said: “I don’t think our politicians have the slightest idea how much anger is building among women from all walks of life at the attempts to threaten and intimidate them out of speaking publicly about their own rights, their own bodies and their own lives.

“Among the thousands of letters and emails I’ve received are disillusioned members of Labour, the Greens, the Lib Dems and the SNP. Women are scared, outraged and angry at the deaf ear turned to their well-founded concerns. But women are organising.

“Now @Keir_Starmer publicly misrepresents equalities law, in yet another indication that the Labour Party can no longer be counted on to defend women’s rights. But I repeat: women are organising across party lines, and their resolve and their anger are growing.”

Rowling appeared to be referring to comments attributed to the Labour leader in an article in The Times. Asked to define a woman, he told the newspaper: “A woman is a female adult, and in addition to that trans women are women, and that is not just my view – that is actually the law.

“It has been the law through the combined effects of the 2004 [Gender Recognition] Act and the 2010 [Equality] Act. So that’s my view. It also happens to be the law in the United Kingdom.”

Related: Russian general ‘run over and killed’ by his own mutinous troops