At least 45 survivors have been pulled out of the rubble alive after a magnitude 6.8 earthquake struck. 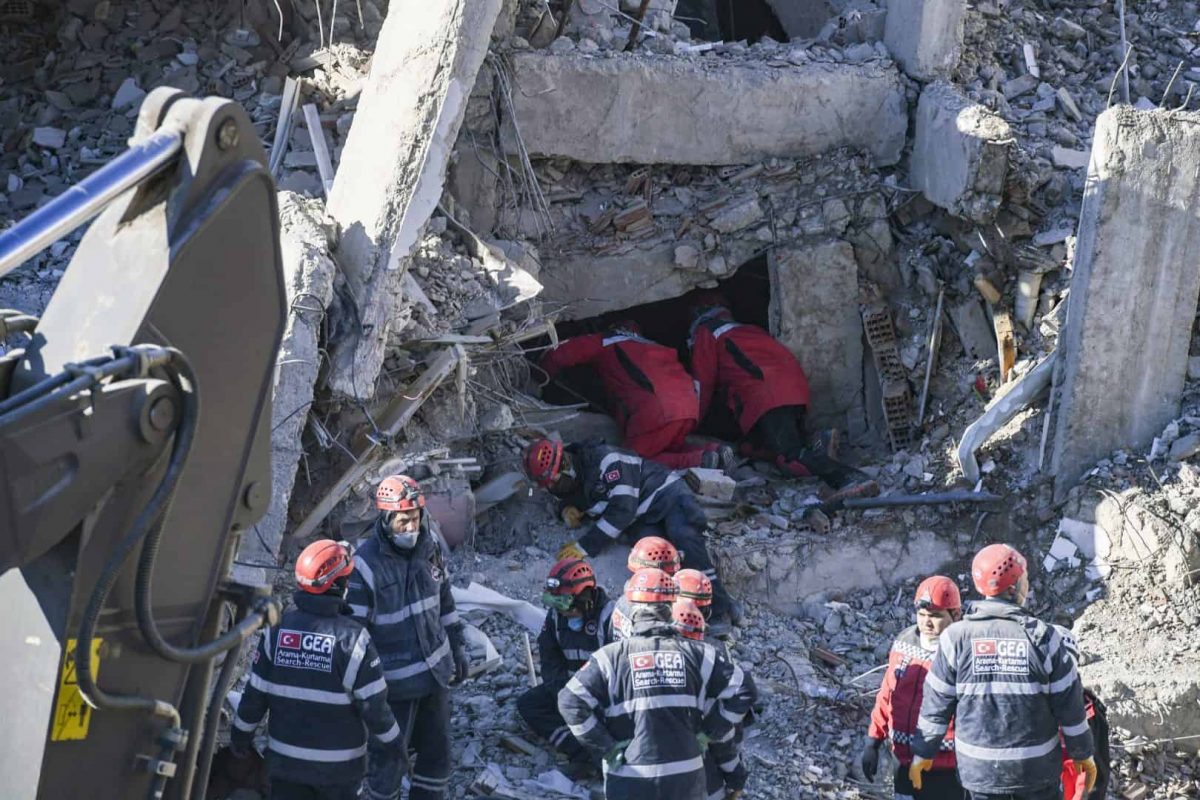 Turkish emergency teams are drilling through rubble searching for the last two missing people believed to be trapped under a collapsed building after an earthquake.

The magnitude 6.8 earthquake that struck on Friday night has killed at least 39 people and injured more than 1,600 others. At least 45 survivors were pulled out of the rubble alive.

Speaking on Sunday in Istanbul, President Recep Tayyip Erdogan targeted “provocative” social media posts about the earthquake. “Some messages are terrible, depraved,” he said, according to the Anadolu Agency. “For example, some question what the government has done about earthquakes in the past two decades.”

The Turkish President visited the hardest-hit areas and attended the funeral of a mother and son killed in the quake. Erdogan warned people against repeating “negative” hearsay about the country being unprepared for earthquakes.

He said: “Do not listen to rumours, do not listen to anyone’s negative, contrary propaganda, and know that we are your servants.” Erdogan also condemned what he called a “smear campaign” on social media by those questioning the Turkish government’s preparations for earthquakes.

A prosecutor in Ankara has begun an investigation into social media posts about the earthquake. The prosecutor’s office is checking 50 individuals on suspicion of “spreading fear and panic” and “insulting the Turkish people, the Turkish republic and the state institutions,” Turkish newspaper Hurriyet daily reported.

The suspects are accused of sharing fake images about the quake on social media. Two people in Gaziantep province have been detained. 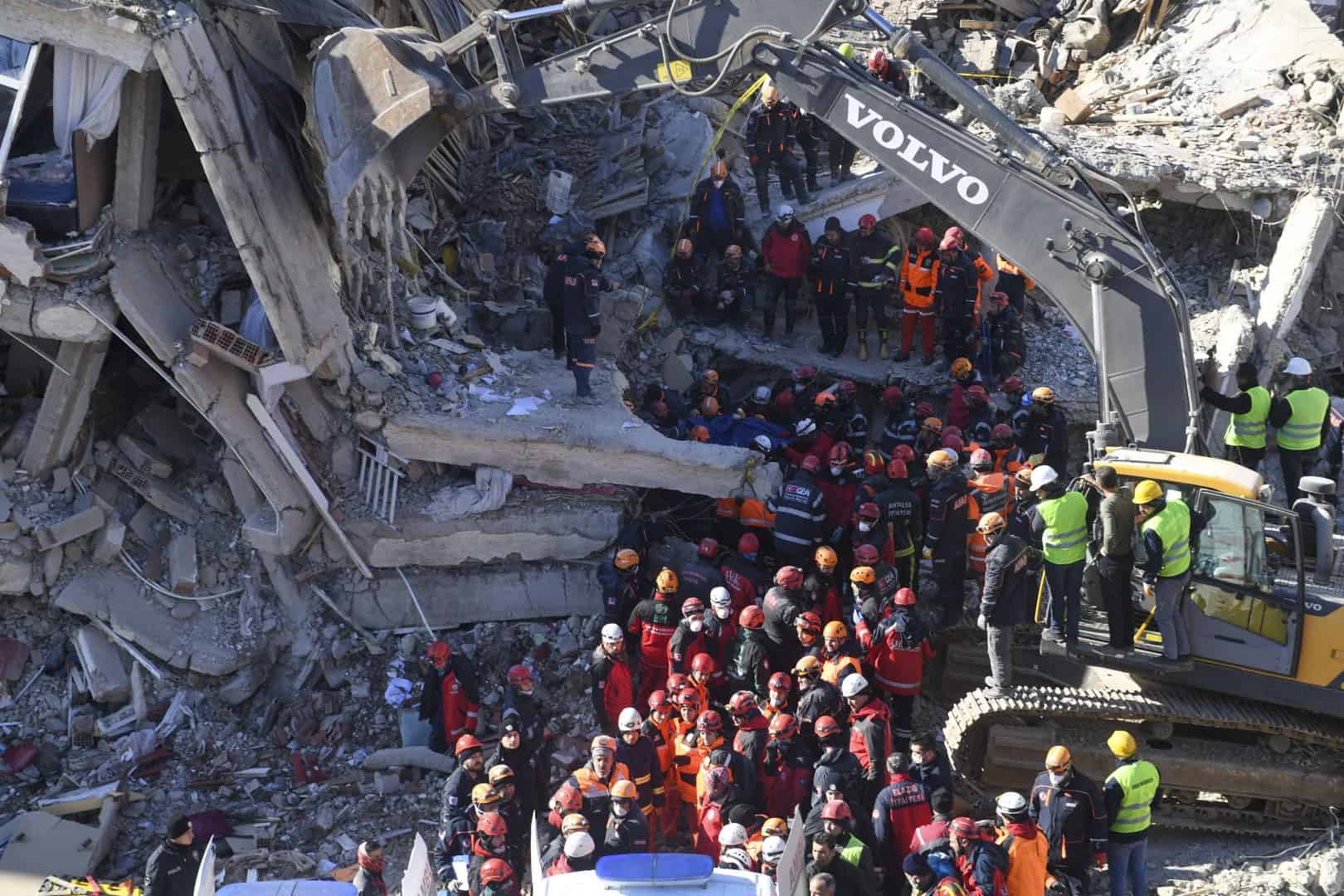 The earthquake occurred at 8:55 p.m. local time on Friday at a depth of 6.75 kilometers (4.2 miles) on the East Anatolia Fault Line. Tremors were felt in many cities across the region.

Rescuers at a collapsed building in the city of Elazig are trying to reach a missing 75-year-old woman and another person, as relatives wait nearby, NTV television reported.

The body of a third missing person was pulled out of the collapsed structure overnight, raising the death toll in the quake to 39, NTV reported.

The quake destroyed 76 buildings and damaged more than 1,000 others, forcing survivors to take refuge in tents, mosques, schools, sports halls and student dormitories. Authorities warned people not to return to homes that could be unsafe.

As overnight temperatures dropped to minus 5C, emergency teams set up more than 9,500 tents for displaced residents and distributed hot meals. 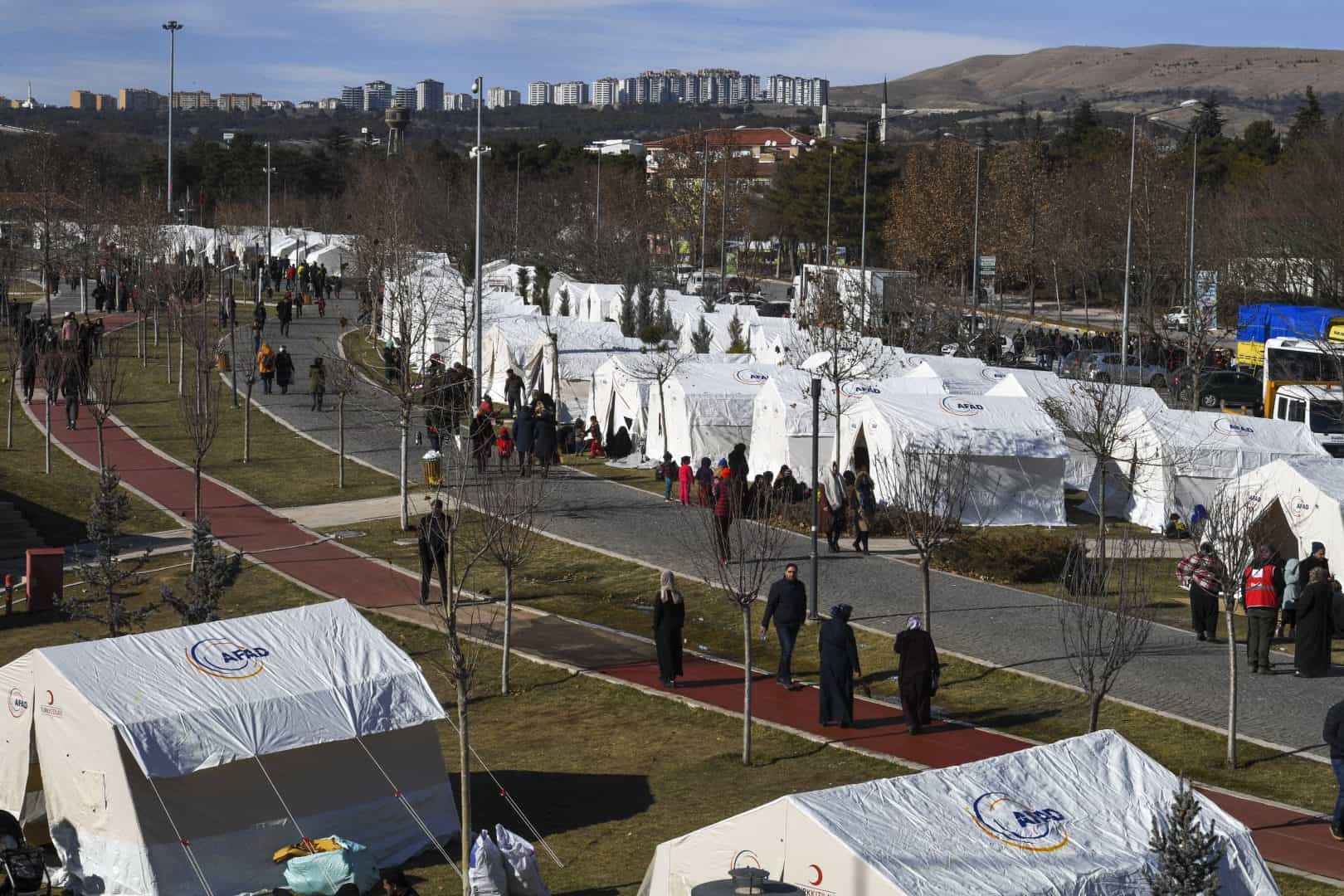 One rescued couple was reunited with a Syrian student who helped dig them out of their collapsed home with his bare hands.

“He is our hero and angel,” a weeping Dudane Aydin who was trapped by debris said of Mahmud al Osman in an interview on Turkey’s state-run Anadolu news agency.

Her husband Zulkuf added: “When I saw the light of Mahmud’s phone, we started shouting for help. Then we knew we would get out.”

He added: “Some locals held Mahmud by the legs and stretching towards my wife he worked to save her. After saving my wife, he tried to help others.”

Over the weekend, rescuers pulled out Ayse Yildiz, 35, and her two-year-old daughter Yusra from the rubble of another toppled building in Elazig. They had been trapped for 28 hours.

Turkey’s Emergency and Disaster Management Presidency said close to 4,000 workers and 22 dogs have been involved in the search and rescue operation since Friday.

Earthquakes are frequent in Turkey, which sits atop two major fault lines. Friday’s quake hit at 8.55pm in the city that lies 350 miles east of Ankara. It was followed by hundreds of aftershocks.

It is not the first time that Elazig has seen a fatal quake – a magnitude 6.0 earthquake killed 51 people there in 2010. Turkey’s worst quake in decades came in 1999, when a pair of strong earthquakes struck north-west Turkey, killing around 18,000 people.