Close to 940,000 people around the world have contracted the virus, according to a tally from Johns Hopkins University. 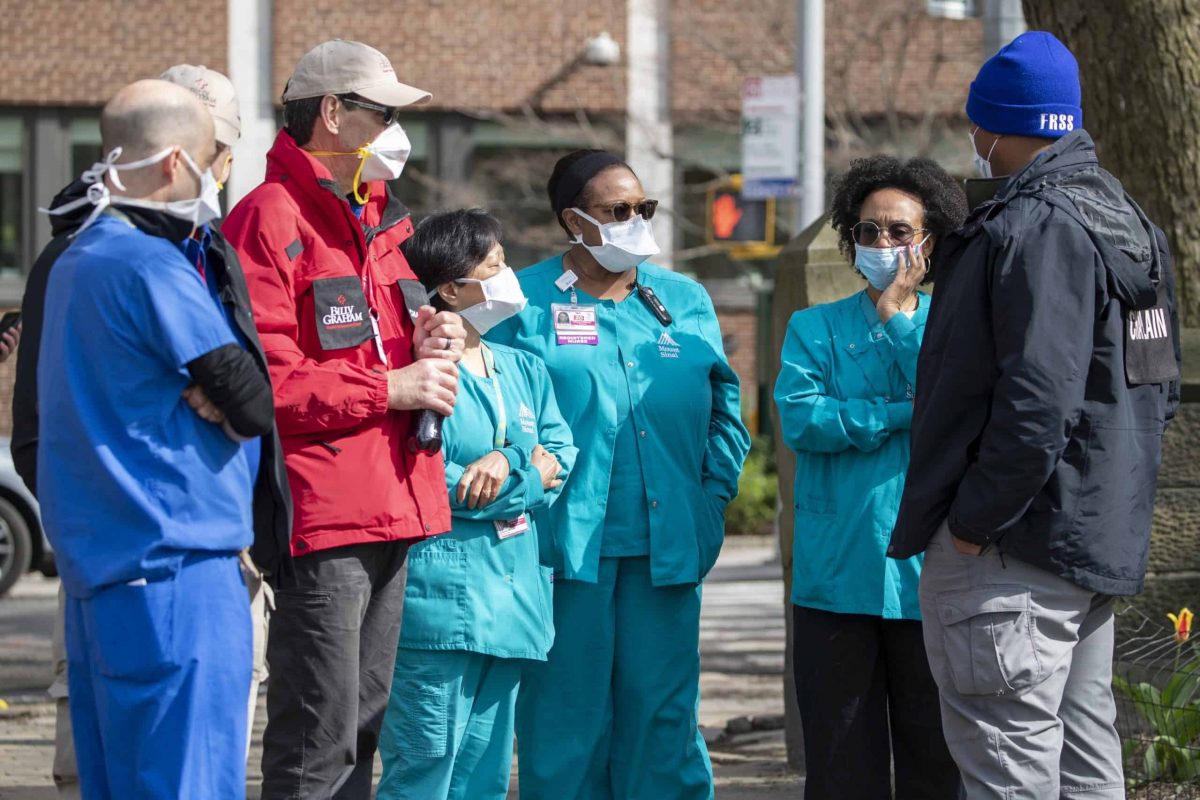 New York is rushing to bring in an army of medical volunteers as the statewide death toll from coronavirus doubled in 72 hours to more than 1,900, while the global number of infections edged closer to a million.

As hot spots flared around the US in places like New Orleans and southern California, the nation’s biggest city was the hardest hit of all, with bodies loaded on to refrigerated mortuary trucks outside overwhelmed hospitals.

“How does it end? And people want answers,” said New York governor Andrew Cuomo. “I want answers. The answer is nobody knows for sure.”

President Donald Trump acknowledged that the federal stockpile is nearly depleted of personal protective equipment used by doctors and nurses and warned of trying times to come.

“Difficult days are ahead for our nation,” he said. “We’re going to have a couple of weeks, starting pretty much now, but especially a few days from now that are going to be horrific.”

Close to 940,000 people around the world have contracted the virus, according to a tally from Johns Hopkins University, and more than 47,000 people have died.

The real figures are believed to be much higher because of testing shortages, differences in counting the dead and large numbers of mild cases that have gone unreported.

European nations are facing extraordinary demand for intensive care beds and are putting up makeshift hospitals, while unsure whether they will find enough healthy medical staff to run them.

Spain reported a record 864 deaths in one day on Wednesday, for a total of more than 9,000, while France registered 509 deaths for more than 4,000 deaths in all.

In Italy, with the most deaths of any country at more than 13,000, mortuaries overflowed with bodies and coffins piled up in churches, although experts drew hope that the spread was already slowing in the country.

Scientists offered more evidence on Wednesday that the virus can be spread by seemingly healthy people who show no clear symptoms, leading the US government to issue new guidance warning that anyone exposed to the disease can be considered a potential carrier.

Many countries are modelling their response in part after China, which in January closed off an entire province, home to tens of millions of people, in what at the time was an unprecedented lockdown. Beijing says the measures have been a success, with nearly all new cases of the virus imported from abroad.

People in Wuhan, once the epicentre of the crisis, are starting to return to work. They are being tracked by a smartphone app that shows if they are symptom-free. The app is required to board a subway, check into a hotel or just enter the city.