Ursula von der Leyen said the current 11-month timetable for negotiations was not enough time to finalise the ‘unprecedented’ deal the EU wanted. 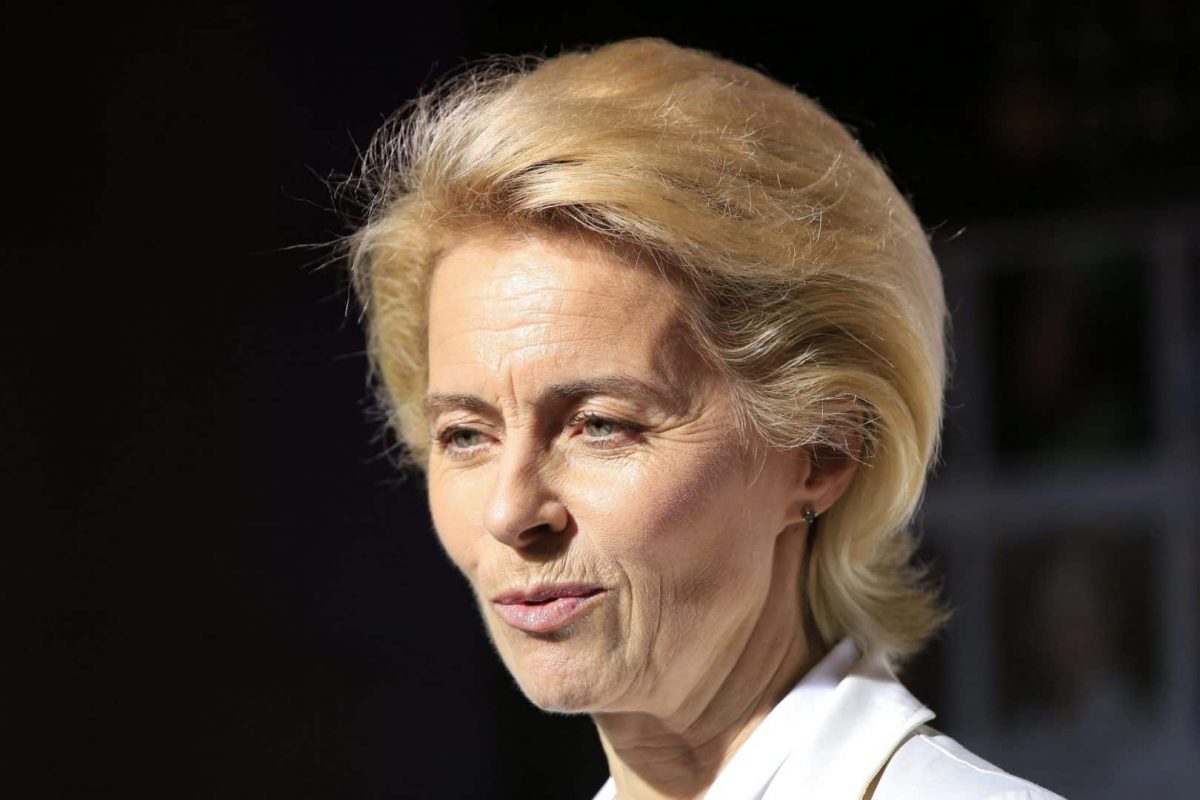 In a speech in London, the new European Commission President Ursula von der Leyen praised Britain – and in perhaps a reference to its choice of Prime Minister – she praised Britain’s unique sense of humour too.

In an address at the London School of Economics where she read economics as a young student, the EU’s top official also praised the British bars, pubs and nightlife she enjoyed when studying in the capital.

But the new EU chief’s love letter to the UK struck a serious chord too. Ursula von der Leyen expressed a desire to work on a deal that established a fruitful partnership going forward. But she warned that if Boris Johnson wanted to diverge from EU rules the relationship could not be as close as it had been.

And she explained that the short timespan set in Boris Johnson’s EU Withdrawal Bill would not allow enough time for a full free trade covering all sectors, industries and concerns to be negotiated. This means the spectre of leaving the EU with no deal for some elements that had not been “prioritised” unless an extension to trade negotiations allows time beyond 2020 to thrash out relationships to replace the EU.

Ahead of her Wednesday afternoon meeting with Boris Johnson in Downing Street – the first since she took over her new role, the German politician feted the UK for being “big-hearted, proud and patriotic, kind and generous in spirit” and said she “truly fell in love with this city and this country” as a student at the LSE in the 1970s.

She also paid tribute to former British Prime Minister Winston Churchill for making “the best case for a united Europe” after World War II and to all the British civil servants whose work has since helped shape the EU.

Looking to the future, she added: “But when the sun rises again on February 1, the United Kingdom and the European Union will still be the best of friends and partners.

“The bonds between us will still be unbreakable.”

She described the task ahead for “the best of friends and oldest friends to build a new future together”, explaining that “the truth is that our partnership cannot and will not be the same as before”.

Boris Johnson has said the UK will not follow EU rules after Brexit but Ms von der Leyen, who will be meeting with the Prime Minister in Downing Street on Wednesday, said that would create a “distant” relationship.

“Our partnership cannot and will not be the same as before,” she said in her speech at the London School of Economics, where she formerly studied.

“It will not be as close as before because with every choice comes a consequence. With every decision, comes a trade-off.

“Without a level playing field on environment, labour and state aid, you cannot have the highest quality access to the world’s largest single market.

“The more divergence there is, the more distant the partnership will be.”

The EU, she vowed, is “ready to design a new partnership with zero tariffs, zero quotas, zero dumping” and a “partnership that goes well beyond trade and is unprecedented in scope”.

“The European Union’s objectives in the negotiations are clear. We will work for solutions that uphold the integrity of the EU, its Single Market and its Customs Union. There can be no compromise on this,” she explained, reiterating EU lines that have been repeated throughout Brexit negotiations.

And the EU chief warned that Boris Johnson’s insistence on an impossibly tight negotiating timetable would force the European Union to “prioritise” what sectors would be able to be negotiated on unless there was an extension beyond 2020.

This means the UK may only leave the EU with a skeleton free trade deal before the December 2020 deadline in order to avoid a no-deal situation. Some sectors may leave with no deal having been negotiated in the impossibly tight timeframe, unless the transition period is extended beyond 2020.

Ms von der Leyen said the EU was willing to sign off on a deal that was “unprecedented in scope” and that would go “well beyond trade”.

But she was blunt in her analysis that an 11-month negotiation period for such a deal was not possible. She also emphasised that when it comes to policy areas such as fisheries, data protection, energy, climate and security, co-operation will be necessary.

“Without an extension of the transition period beyond 2020, you cannot expect to agree on every single aspect of our new partnership,” she warned.

“We will have to prioritise.”

Ursula von der Leyen anded her address with an emotive appeal to future generations to “make a success” of the future partnership between the EU and UK.

“You can choose collaboration over isolation, you can shape your continent’s destiny, you can hold your governments accountable, you can refuse to be satisfied with the status quo and can turn things into how they should be,” she said.

“There will be tough talks ahead and each side will do what is best for them. But I can assure you that the United Kingdom will always have a trusted friend and partner in the European Union.

“This is the story of old friends and new beginnings,” she added.