The deadly crackdown by the military junta came as protestors defied warnings and took to the streets on the annual Armed Forces Day. 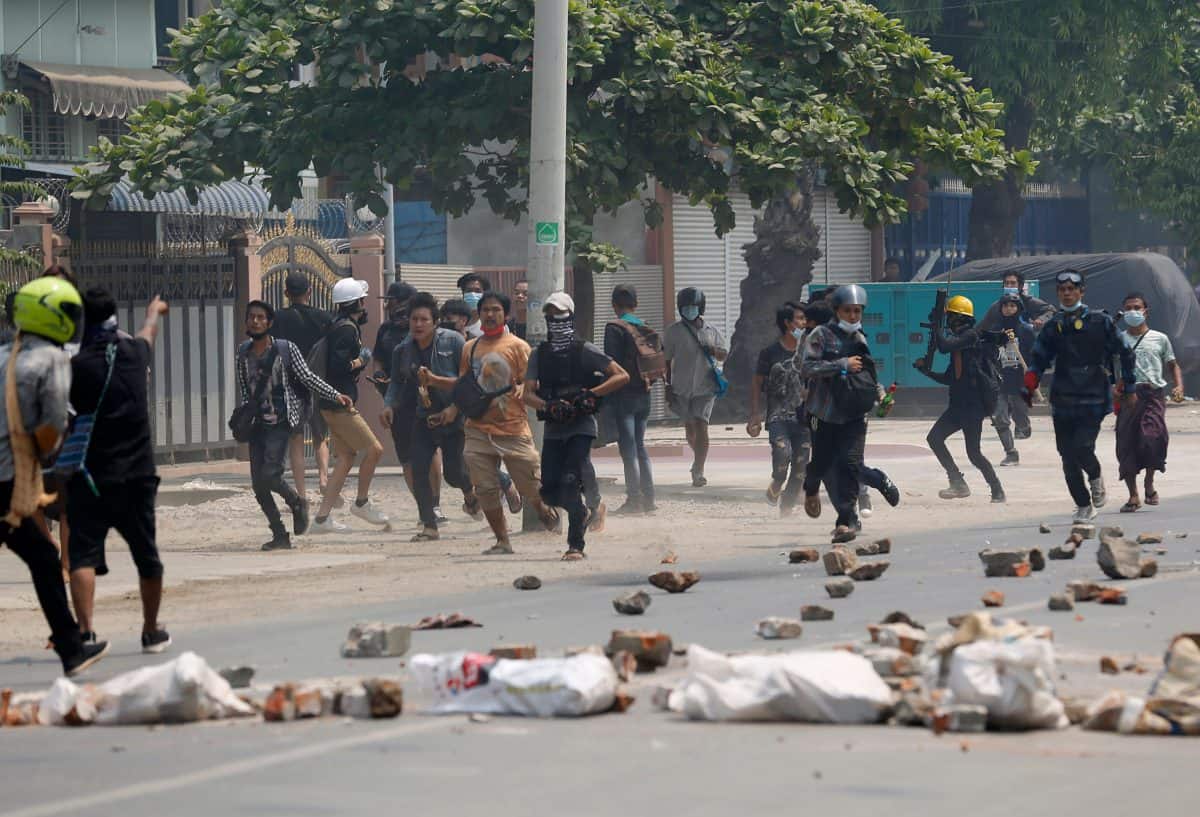 Security services have killed dozens of people in Myanmar, on what activists say is the deadliest day since last month’s military coup.

As of early evening local time on Saturday, at least 89 deaths – including children – were recorded by the Assistance Association for Political Prisoners (AAPP).

The deadly crackdown by the military junta came as protestors defied warnings and took to the streets on the annual Armed Forces Day; UK, US and EU officials have condemned the violence.

“The security forces have disgraced themselves by shooting unarmed civilians,” British Ambassador Dan Chugg said in a statement.

Foreign Secretary Dominic Raab said the regime had hit a “new low” on Saturday as soldiers and police sought to suppress protests in the deadliest day since last month’s military coup.

An independent researcher in Yangon put the death toll at 100, with the bloodshed having spread over more than two dozen cities and towns.

“We will work with our international partners to end this senseless violence, hold those responsible to account, and secure a path back to democracy.”

If confirmed, the latest deaths would take the number killed on the streets of the crisis-stricken country since the 1 February coup to beyond 400.

Protestors gathered on Saturday despite military threats to use deadly force against them; state TV networks had warned in a broadcast on Friday that protesters risked being shot “in the head and back”.

“They are killing us like birds or chickens, even in our homes,” Thu Ya Zaw told news agency Reuters in the central town of Myingyan. “We will keep protesting regardless.”

“It’s quite clear that this is the bloodiest day,” he told the BBC.

Shots were fired at the US cultural centre in Yangon, but the US embassy said no injuries were sustained.

Tragic… Armed Forces Day in #Myanmar: "This is a day of suffering & mourning for the #Burmese people, who have paid for the #Tatmadaw’s arrogance and greed with their lives, time and time again” says @hrw #SaveMyanmar #WhatsHappeningInMyanmar #SaveBurma https://t.co/dPiHhKs1rb pic.twitter.com/roZksajmcR

Myanmar Now reported that among the dead were four demonstrators killed outside a police station in the Dala suburb of Yangon, while witnesses told the BBC of deaths in the cities and townships of Magway, Mogok, Kyaukpadaung and Mayangone.

The EU delegation to Myanmar said: “This 76th Myanmar Armed Forces day will stay engraved as a day of terror and dishonour. The killing of unarmed civilians, including children, are indefensible acts.”

Dr Sasa, a spokesman for anti-junta group CRPH, told Reuters it was “a day of shame for the armed forces”.

In a televised address to mark Armed Forces Day, Min Aung Hlaing – the leader of the coup – restated a promise to hold elections, but did not give any indication when.

“The army seeks to join hands with the entire nation to safeguard democracy,” he said. “Violent acts that affect stability and security in order to make demands are inappropriate.”

Representatives from Russia, China, India, Pakistan and Vietnam – among other countries – attended a military parade in the capital Naypyitaw.

The US, UK and EU have all imposed sanctions in response to the coup.