Draghi's government balances economic experts and other technocrats with politicians from parties ranging from left to right. 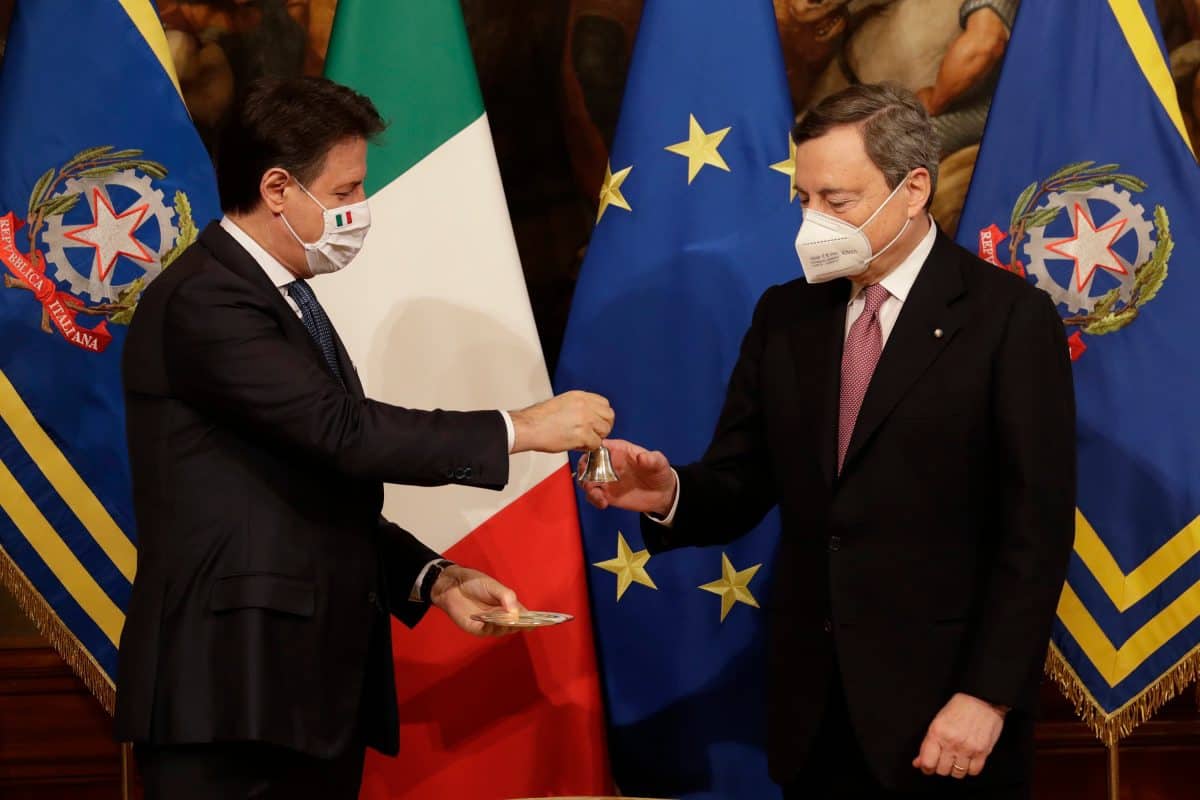 Mario Draghi has taken the helm as Italy’s prime minister after crafting a government that balances economic experts with career politicians to guide the pandemic-devastated nation toward recovery.

Ending weeks of political crisis, Mr Draghi and his Cabinet ministers took their oaths of office in a ceremony at the Quirinal presidential palace in front of President Sergio Mattarella.

It was Mr Mattarella who tasked Mr Draghi, a former chief of the European Central Bank as well as of Italy’s central bank, with trying to form a government up to managing the Covid-19 health, economic and social crises.

Perhaps in a sign of Mr Draghi’s intent to get quickly to work in healing Italy, the swearing-in ceremony began three minutes early.

In deference to coronavirus precautions, all participants in the ceremony were masked, and a palace aide provided each minister with a fresh pen to sign their oath.

After days of back-and-forth with political leaders, Mr Draghi on Friday evening announced a government deftly balancing economic experts and other technocrats with politicians from parties ranging from left to right.

Given how the pandemic lockdowns have pummelled Italy’s already-stagnant economy, Mr Draghi chose for the crucial post of economy minister a non-political appointee, Daniele Franco, who has served both in Italian central bank posts and as the state’s accountant.

Eager to have some role in deciding how Italy will spend some 209 billion euros of EU recovery funds, politicians from parties that have spent years demonising each other set aside differences and agreed to join a Draghi government.

That political backing will be crucial in Parliament, where Mr Draghi next week must put his government to the test of mandatory confidence votes.

Political cooperation will also improve chances of speedy passage of spending packages and other legislative priorities so Mr Draghi can lead the nation into recovery.

The prospect of funnelling money into concrete projects to improve citizens’ lives is thanks to EU largesse that has been described as the biggest aid package since the Marshall Plan after the Second World War.

It practically overnight transformed the euro-scepticism of Matteo Salvini, the right-wing League leader, into a fervent pro-Europe proponent.

Mr Salvini did not get a ministry himself, but three of his party stalwarts did, including a key aide, Giancarlo Giorgetti, who will head the economic development ministry as Italy tries to bolster businesses knocked to the ground by the pandemic’s lockdown restrictions.

Also getting a share of the 23 ministry posts were four parties that formed Giuseppe Conte’s imploded coalition: the Democratic Party; a smaller left-wing party; a small centrist party led by ex-premier Matteo Renzi, whose defection caused the Conte government’s collapse last month, and the biggest party in Parliament, the populist 5-Star Movement.

Born as an anti-establishment movement, the Movement was already splintering after being the lead party in back-to-back Conte governments since 2018 — one right-leaning and the other left-leaning. Its decision to join a Draghi government threatened to widen the fractures in the Movement, with roots in distrust of Brussels.

Back in government after a decade is Silvio Berlusconi’s centre-right Forza Italia party. The former three-time premier and media mogul is a big backer of Mr Draghi and bills himself as a staunch champion of Europe.

The transgender beauty secrets women across the UK are following