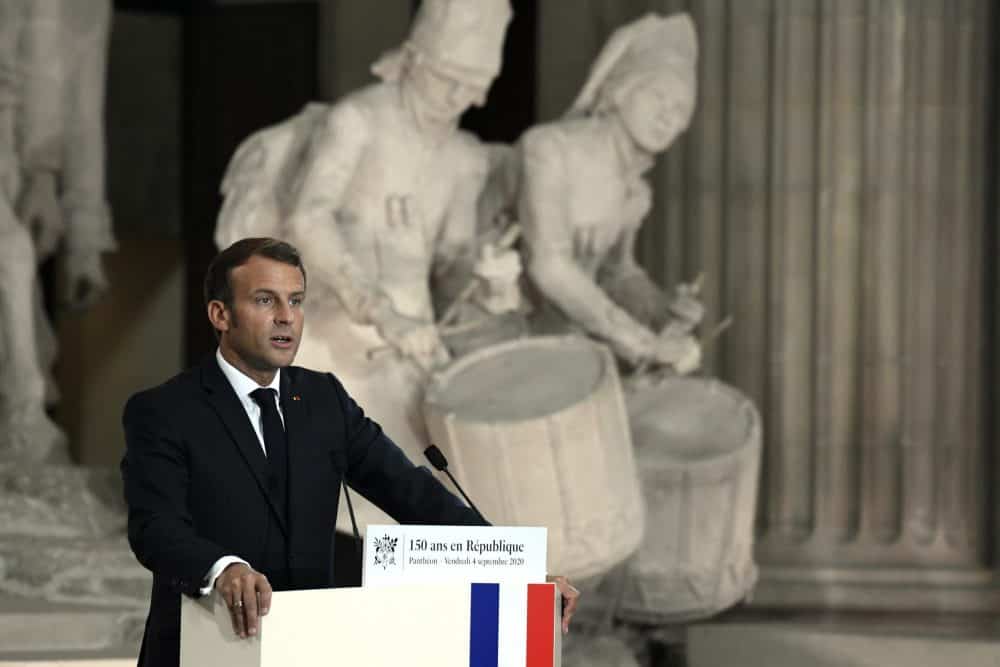 France’s President Emmanuel Macron criticised what he called “Islamic separatism” in his country and those who seek French citizenship without accepting the “right to commit blasphemy”.

The weekly republished the images this week as the trial began of 14 people over the attacks on Charlie Hebdo and on a kosher supermarket.

Speaking at a ceremony celebrating France’s democratic history and naturalising new citizens, the French president said: “You don’t choose one part of France.

“You choose France….The Republic will never allow any separatist adventure.”

Freedom in France, Mr Macron said, includes “the freedom to believe or not to believe.

“But this is inseparable from the freedom of expression up to the right to blasphemy.”

Noting the trial that opened on Wednesday, he said: “To be French is to defend the right to make people laugh, to criticise, to mock, to caricature.”

The 2015 attacks killed 17 people and marked the beginning of a wave of violence by the Islamic State group in Europe.

Mr Macron’s centrist government has promised a law in the coming months against “Islamic separatism” but it is not clear yet exactly what it would police.