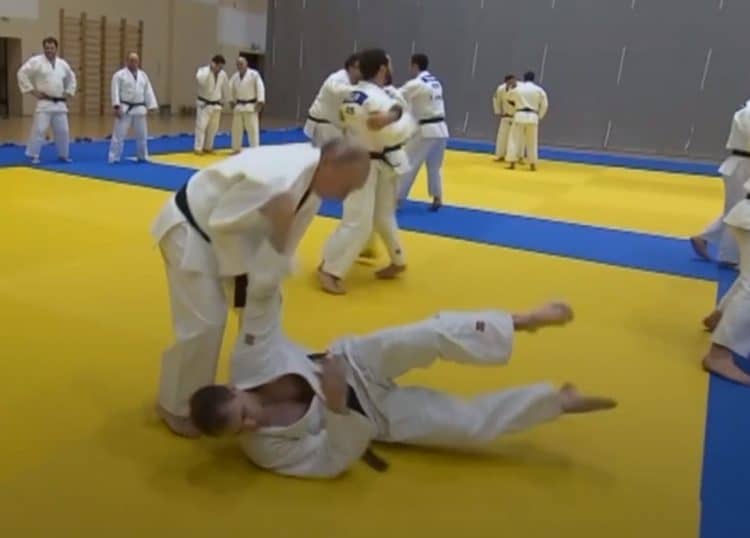 Vladimir Putin has been suspended as the honorary president of the International Judo Federation (IJF) following his invasion of Ukraine, the sport’s governing body announced on Sunday.

The Russian president, 69, is a judo blackbelt and a keen practitioner of the discipline. He has even co-authored a book, entitled: “Judo: History, Theory, Practice”.

“The International Judo Federation announces with regret the cancellation of the 2022 Grand Slam in Kazan, Russia,” Marius Vizer, the IJF president, added.

It comes after Poland said they would refuse to play against Russia in their upcoming World Cup qualifier.

The country’s football association and leading players have announced a joint stand to boycott the play-off match set for Moscow on March 24.

Polish FA president Cezary Kulesza said on Twitter on Saturday it was “time to act”.

A number of players backed the stance with striker Robert Lewandowski saying “we can’t pretend that nothing is happening”.

The match is a semi-final on Path B of the European qualifying play-offs for this year’s World Cup in Qatar. The winners were due to face Sweden or the Czech Republic for a place in the tournament.

Poland goalkeeper Wojciech Szczesny wrote on Instagram: “My wife was born in Ukraine, there is Ukrainian blood running through the veins of my son, part of our family is still in Ukraine, a lot of my workers are Ukrainian and they’re all great people.

“Seeing the suffering on their faces and fear for their country makes me realise I can’t stand still and pretend that nothing has happened.

“The moment Putin decided to invade Ukraine he declared war not only on Ukraine but also on all the values Europe stands for. Liberty, Independence but most of all Peace.

“On 26th of March we were supposed to play against Russia in a play-off match for 2022 World Cup in Qatar. And although my heart breaks while writing this, my conscience will not let me play.

“Representing your country is the biggest honour in a footballer’s career but it’s still a choice. I refuse to play against players who choose to represent the values and principles of Russia!

“I refuse to stand on the pitch, wearing the colours of my country and listen to the national anthem of Russia! I refuse to take part in a sporting event that legitimises the actions of the Russian government.

“I know my impact may only be symbolic but I call on FIFA and UEFA to take action and hold Russian federation accountable for their actions.”

Matty Cash, the Aston Villa and Poland full-back, shared a statement on behalf of other players which also revealed that defender Tomasz Kedziora, who plays his club football with Dynamo Kiev, remains in Ukraine.

It read: “We, the players of the Polish national team, together with the Polish Football Association, decided that as a result of Russia’s aggression against Ukraine, we do not intend to play in the play-off match against Russia.

“It is not an easy decision, but there are more important things in life than football. Our thoughts are with the Ukrainian nation and our friend from the national team, Tomasz Kedziora, who is still in Kiev with his family.”

Related: Trump again praises Putin as ‘smart’ – and says US is ‘dumb’