Officials said up to 200,000 people could demonstrate in the US capital on Saturday. 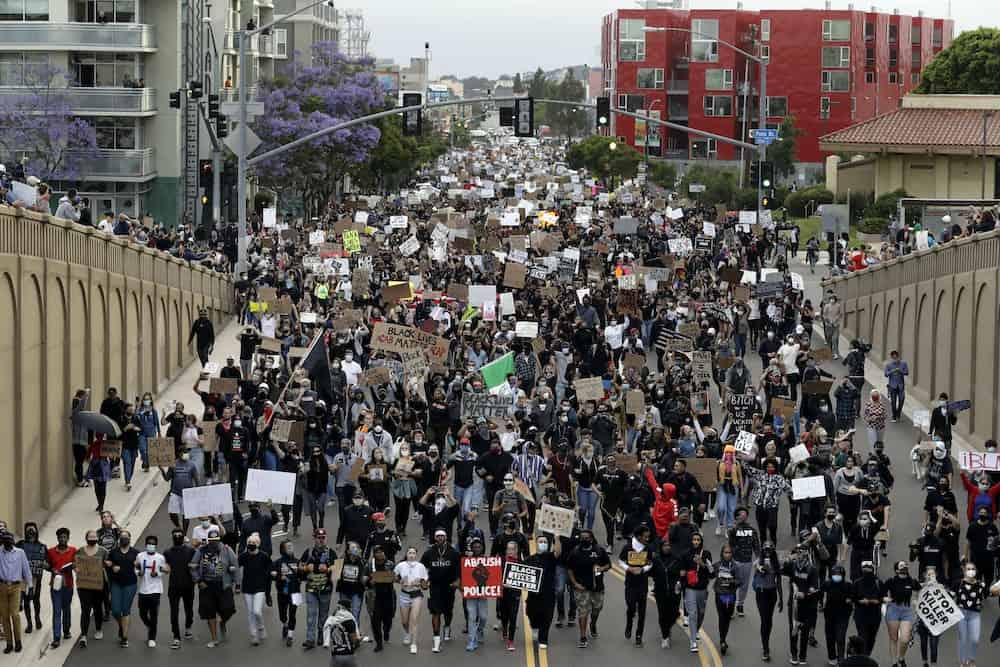 Authorities in Washington are expecting Saturday to be the largest demonstration against police brutality in the city since the killing of George Floyd in Minneapolis.

The US capital has featured daily protests for the past week and they have largely been peaceful, with people marching back and forth from the White House to the Capitol and the Lincoln Memorial.

Army Secretary Ryan McCarthy told reporters on Friday that local officials were projecting between 100,000 and 200,000 protesters on Saturday.

Metropolitan Police Department chief Peter Newsham would not commit to a number but predicted it would be smaller than the one million people who attended the Women’s March in 2017.

It comes as authorities have sought to reduce tensions by having National Guard troops not carry weapons.

There were zero arrests during demonstrations on Thursday and Friday and D.C. Mayor Muriel Bowser cancelled the curfew that had been in place since Monday. She said she will decide on Saturday morning if it will be reinstated.

Mr Floyd, a handcuffed black man, died on May 25 after a white police officer pressed his knee against his neck, ignoring his “I can’t breathe” cries.

Bystander video sparked outrage over Mr Floyd’s death and protests, some violent, that spread across the US and beyond.

Meanwhile, Rev. Al Sharpton said the Washington rally he announced this week was being planned for August 28, the anniversary of the day Martin Luther King gave his “I Have a Dream” speech.

He said the August event would be a way of maintaining momentum as the legal process against the men charged in Mr Floyd’s death is under way.

He said: “It’s going to be months, if not a year, before you even go to trial. So you can’t let this peter out … otherwise you’ll end up in a year and people will go on to another story, and you will not have the public notice and pressure that you need.”