Washington DC’s mayor Muriel Bowser announced the change to the area near the church where Donald Trump posed for a photograph with a Bible. 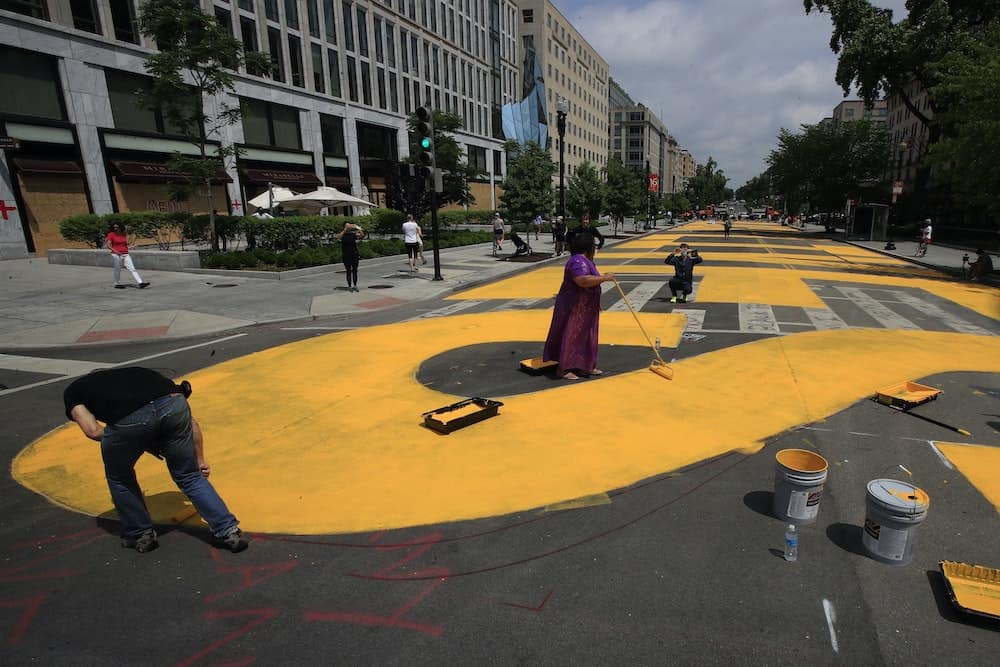 City workers and activists painted the words Black Lives Matter in enormous bright yellow letters on the the street leading to the White House, a highly visible sign of the District of Columbia’s embrace of a protest movement that has put it at odds with President Donald Trump.

DC mayor Muriel Bowser tweeted aerial video of the mural shortly after it was completed on Friday.

The letters and an image of the city’s flag stretch across 16th Street for two blocks, ending just before the church where Mr Trump staged a photo-op after federal officers forcibly cleared a peaceful demonstration to make way for the president and his entourage.

A black and white sign was put up to mark the change.

Ms Bowser’s endorsement of the project follows her verbal clashes with the Trump administration over the response to protests of the killing of George Floyd in Minneapolis.

Ms Bowser has complained about the heavy-handed federal response and called for the removal of out-of-state National Guard troops.

She says their differences highlight the need for DC to be a state and have more control over its internal affairs.

On Thursday, as the protests turned peaceful, she ended a curfew imposed after people damaged buildings and broke into businesses over the weekend and Monday.

The mayor also tweeted out a letter from House Speaker Nancy Pelosi, who wrote the president to express alarm that peaceful protesters were being confronted by heavily armed federal agents and officers, many of them with their identities and agencies obscured.