One of the primary problems for Judaeo-Christian theologians is the disturbing reality that the most celebrated kings of Judaic history cannot be found in the historical record. Recent archaeology in Israel by professors Israel Finkelstein and Neil Silberman has demonstrated that Judaea was very sparsely populated during the United Monarchy era, while Jerusalem itself was […]

by Jess Young
in World News 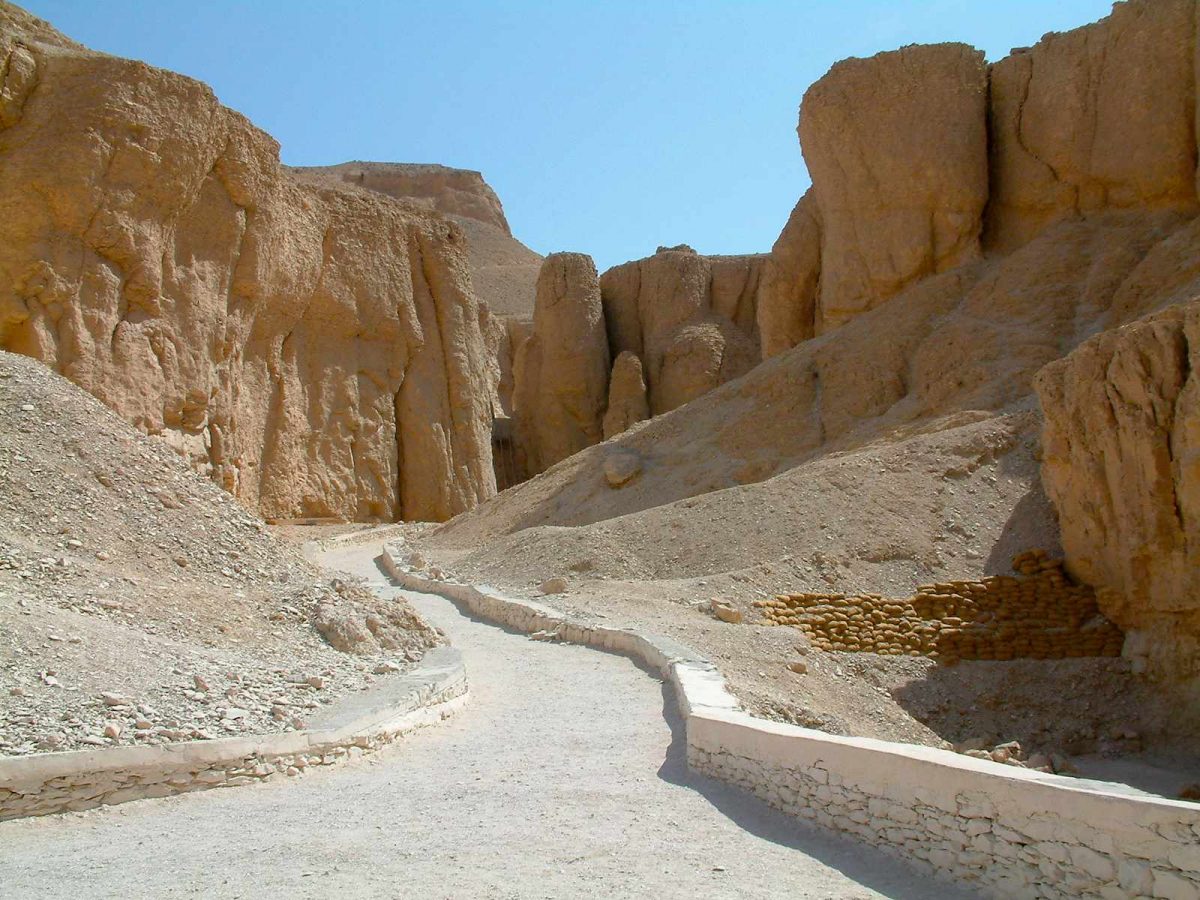 One of the primary problems for Judaeo-Christian theologians is the disturbing reality that the most celebrated kings of Judaic history cannot be found in the historical record. Recent archaeology in Israel by professors Israel Finkelstein and Neil Silberman has demonstrated that Judaea was very sparsely populated during the United Monarchy era, while Jerusalem itself was ‘little more than a village’. The only conclusion that archaeologists can come to, is that the Old Testament is a complete fiction and therefore kings David and Solomon did not exist.

The traditional response to this controversy has been to pretend that these troublesome findings do not exist;  but the logical alternative is that we are looking in the wrong location. In reality, the solution to this perennial problem lies in Egypt. And while this may sound like a bizarre suggestion, both Manetho (a 3rd century BC Egyptian chronicler) and Josephus Flavius (the 1st century AD Jewish historian) say that the ancient Israelites were the Hyksos pharaohs of Egypt, and that the Israelite Exodus out of Egypt was actually the Hyksos Exodus out of Egypt. But what if some of these Hyksos-Israelite refugees had come back to Lower Egypt in later generations?

The possibility exists that there has been a slight confusion here, be that deliberate or otherwise. The exiled Hyksos-Israelites did not establish their primary capital city at Zion (Jerusalem), instead they built it at Zoan (Tanis) in the Nile Delta.

But if this is true then the Israelite United Monarchy should be directly comparable to the equivalent history of the 21st dynasty of Egypt, whose pharaohs ruled at the same time as kings David and Solomon. This has been deemed impossible and unthinkable, which is why it has been dismissed out of hand and never investigated. However, if we dare make a comparison a great number of similarities can be seen between these two royal families. For instance, the following table compares the pharaohs of the twenty-first dynasty with the equivalent ancestors of King David:

This list clearly demonstrates some similarities between the biblical and historical record – indeed the two royal lines appear to mimic each other remarkably well. But then there is a problem, because the pharaonic king-list ends up with Pharaoh Psusennes whereas the biblical chronology results in King David. However, while these names may look very different, there are close similarities between these ‘two’ monarchs.  For instance, King David is known even to this day for his ‘Star of David’ and ‘City of David’. And yet Psusennes was called Pa-seba-kha-en-nuit, which means ‘My Star Rises Over my City‘. Further evidence is provided in the book demonstrating that Psusennes was also called Duad, the same name as King Duad (or King David in the English).

Surprising as it may seem, there appear to be many similarities between the United Monarchy of Israel and the 21st dynasty of Egypt during the 10th century BC. And if we look deeper into this history even more connections can be seen, including remarkably similar-sounding army commanders, architects (the famous Hiram Abif of Masonic lore), campaigns and events. If the truth were known, the Israelite United Monarchy and the Egyptian 21st dynasty were one and the same, and so the story of the Tanakh is a history of the Lower Egyptian pharaonic line

One interesting result of this research is the true location of King Solomon’s ‘gold mines’ at Ophir. If the United Monarchy was Egyptian, then these famous but elusive mines must have belonged to the Tanis pharaohs. So where were the gold mines of the Tanis pharaohs located? Surprisingly, rather than being in Arabia or Africa they can be found in Upper Egypt.

In the 10th century BC Egypt was divided between north and south once more, just as it had been during the Hyksos era. Once more the armies of the north and south clashed in Middle Egypt, and once more Thebes was cut off from grain shipments from the Nile Delta, and from the many supplies that traversed the Nile. Thebes was effectively under siege, and suffering great hardships as a result:

There are no clothes, no oil, no fish, no vegetables’, they said. ‘Send to pharaoh … concerning them, and send also to the vizier our master that a means of sustenance be provided for us.’ (Strike Papyrus  Ro2, 3-5.)

This was also the era in which the tombs in the Valley of the Kings were being systematically robbed, and the royal mummies stored in a secret cache behind the mortuary temple of Queen Hatchepsut. In his The Third Intermediate Period in Egypt Kenneth Kitchen makes this sound like a pious act of salvage, and yet this explanation leaves many questions unanswered. Was security so lax in the Valley of the Kings that vagabonds could tour the valley, deciding which tomb to plunder next? Could they really drag out massive pieces of funerary equipment, including granite sarcophagi, and sail them up the Nile without anybody noticing? The assertion that this was simply tomb-robbing by disaffected workers, is simply not credible.

In reality, the tomb-robbing began at the very same time that the Tanis pharaohs of the 21st dynasty came to power, and so the obvious alternative suggestion is that this clandestine plunder was actually state sponsored. The Tanis pharaohs in the north were demanding substantial tribute in return for not attacking Thebes in the south. And since this dispute had festered for decades Thebes had run out of tribute many years ago, and had resorted to plundering the royal tombs to pay off the Tanis pharaohs – King David and King Solomon. And the ancient texts do indeed confirm that kings David and Solomon were extorting tribute from their neighbors. 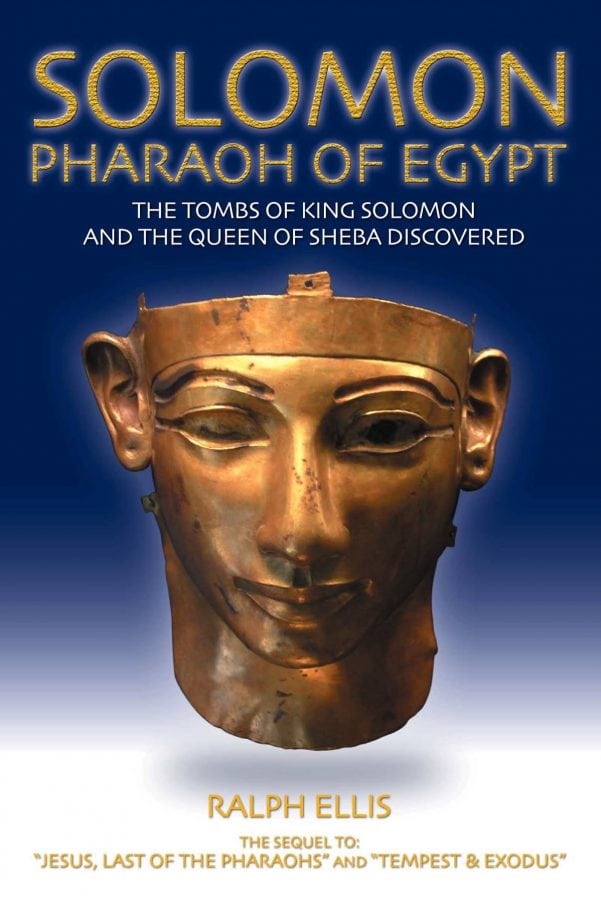 The bitter truth is that King Solomon’s legendary mines were actually the royal tombs of the New Kingdom pharaohs in the Valley of the Kings. And the ancient records of Tanis suggest the scale of this looting was simply prodigious, just as the biblical records attest. Pharaoh Uasorkon I, the son of [King Solomon], claimed that he had 200 tonnes of silver and 230 tonnes of gold in the Tanis treasury. But the constant recycling of this treasure – with much being lost, buried, melted down and destroyed in the process – has left just a few items from this fabulous hoard still in current circulation. King Solomon’s Mines once represented one of the largest treasure-troves in the history of mankind, but the politics and theology of this region has seen it scattered to the four winds.

©  All rights reserved. No part of this publication may be reproduced by any means or in any form whatsoever without the prior written permission of both the copyright owner and the publisher.