“The fact that Spotify still has Joe Rogan’s podcasts on their platform is a disgrace." 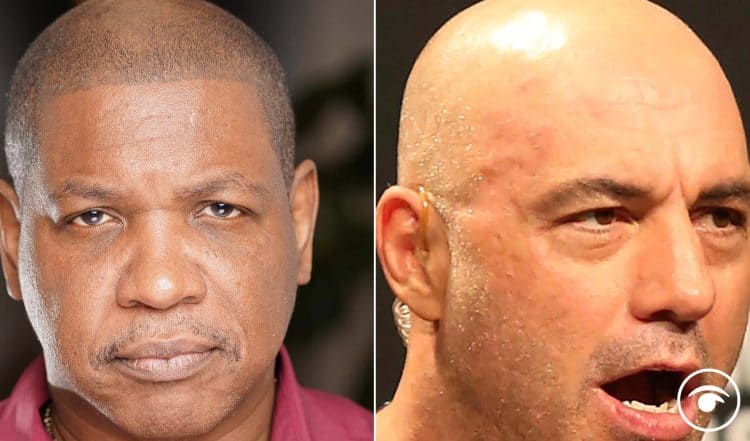 A musician has released a single to denounce Spotify and Joe Rogan following the podcast host’s n-word controversy.

Singer Darrell Kelley, who has over 43,000 followers on YouTube, wrote the tune “Won’t Die For Spotify” after Rogan repeatedly said the n-word on his podcast ‘The Joe Rogan Experience.’

Kelley, 56, from, Beverly Hills, said: “I refuse to support Spotify while they support someone who uses offensive racial slurs.”

Rogan has also been slammed for making comments about seeing “Planet of the Apes” at a theater in a Black neighborhood in Philadelphia.

Rogan later apologized, saying it was an “idiotic” thing to say that it “looks terrible.”

Kelley said: “The fact that Spotify still has Joe Rogan’s podcasts on their platform is a disgrace.”

“They also do not support artists financially and everyone needs to speak out about it,” he said.

It comes as Scottie Beam on Twitter made a compilation of the time Rogan has uttered the word, and it has been watched over 2.500,000 times.

The lyrics of Kelley’s song state: “A lot of people will be offended by this song, but right is right and wrong is wrong.

“I don’t want to die messing around with Spotify, plenty of other platforms will be by my side.

The line “Joe Rogan is a racist” is also featured at the start of the song.

Rogan has apologized for using racist language on his show, calling the scandal: “The most regretful and shameful thing that I’ve ever had to talk about publicly.”

He added that he had not used the word “in years” and said, “It’s not my word to use…I’m well aware of that now.”

Spotify removed many of Rogan’s shows from their catalog after singer India.Arie released a clip of him using the slur numerous times on the show.

Arie has since pulled her catalog from Spotify in protest.

Musicians Neil Young and Joni Mitchell, have also boycotted Spotify, citing complaints by health professionals that guests on Rogan’s show had spread misinformation about the coronavirus.

Kelley said: “It really upset me. We all know people who have suffered over the past few years as a result of COVID misinformation.

“But when I saw Rogan’s immediate response and apology…I was planning to just let it go. Then hearing about his latest controversy arising from his use of the n-word, I knew I had to enlist in the battle.

“I sent an email to Spotify and Joe Rogan before I wrote the song to notify them. I wanted to give them a chance to explain.

“I got a response from Spotify that acknowledged my concerns, but nothing from Rogan.”

Rogan signed his exclusive deal with Spotify in 2020, for a reported $100 million.

Spotify CEO Daniel EK released a memo stating: “Not only are some of Joe Rogan’s comments extremely hurtful I want to make it clear they do not represent the values of the company.”