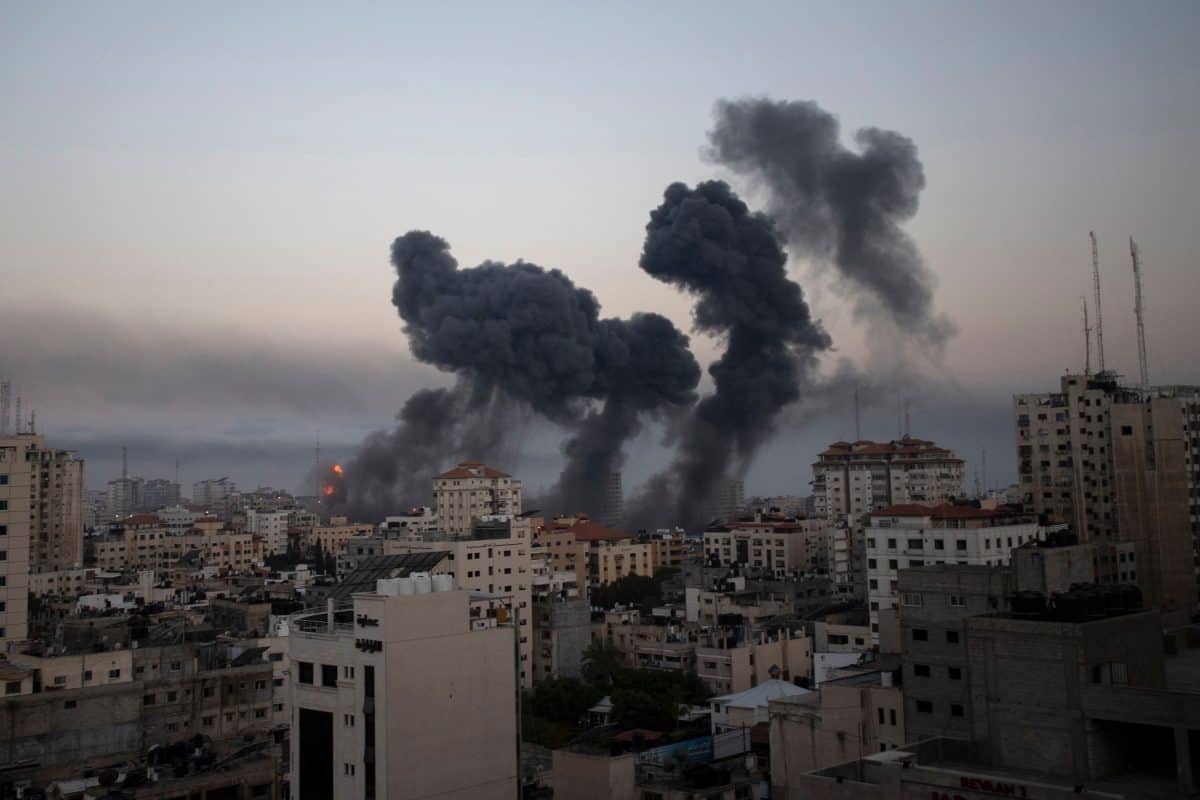 Israel has pounded Gaza with air strikes in response to a barrage of Hamas rockets, in the most severe outbreak of violence in the Middle East since the 50-day war in 2014.

Gaza’s Hamas rulers and other militant groups have fired hundreds of rockets that have at times overwhelmed Israel’s missile defences, causing explosions and air raid sirens to echo across Tel Aviv and other cities.

Warning shots have allowed civilians to evacuate the buildings, but the material losses will be immense. Israel faced heavy criticism over this tactic during the 2014 war.

Just after daybreak on Wednesday, Israel unleashed dozens of air strikes in the course of a few minutes, targeting police and security installations.

The death toll in Gaza rose to 35 Palestinians, including 12 children and three women, according to the health ministry, with some 233 people injured. Five Israelis, including three women and a child, were killed by rocket fire on Tuesday and early on Wednesday, and dozens of other people were injured.

The Israeli military said militants have fired more than 1,050 rockets since the conflict began, with 200 of them falling short and landing inside Gaza.

The military said it also shot down a drone that entered Israel from Gaza. Military spokesman Lt Col Jonathan Conricus  said two infantry brigades had been sent to the area, indicating preparations for a possible ground invasion.

The destruction of apartment towers in Gaza was among several tactics used during the 2014 war that are now the subject of an investigation by the International Criminal Court (ICC) into possible war crimes. Israel is not a member of the court and has rejected the probe.

In a brief statement, ICC prosecutor Fatou Bensouda said she had noted “with great concern” the escalation of violence in the region and “the possible commission of crimes under the Rome Statute” that established the court.

“We are definitely very mindful of civilian casualties in Gaza and we want to minimise them,” he said. “That’s the priority.”

The latest eruption of violence began a month ago in Jerusalem, where heavy-handed police tactics during the Muslim holy month of Ramadan and the threatened eviction of dozens of Palestinian families by Jewish settlers ignited protests and clashes with police.

A focal point was the Al-Aqsa mosque compound, a holy site sacred to Jews and Muslims.

Israel and Hamas have fought three wars since the Islamic militant group seized power in Gaza from rival Palestinian forces in 2007. The conflicts ended after regional and international powers convinced both sides to accept an informal truce.

While the violence has been widely condemned, there is no sign that either side is willing to back down.

Prime Minister Benjamin Netanyahu has vowed to expand the offensive, saying “this will take time”.

The unrest in Jerusalem has spread across Israel itself, with an outbreak of communal violence in mixed Jewish-Arab communities, as Hamas has called for a full-scale Palestinian intifada, or uprising.

The last such uprising also began with violence at the Al-Aqsa mosque, in 2000, and lasted more than five years.

The Gaza health ministry said the 35 dead include 12 children and three women.

In the Israeli city of Lod, a 52-year-old man and his 16-year-old daughter were killed early on Wednesday when a rocket had landed in the courtyard of their one-storey home.

Related: Raab to warn of threats to democracy – a day after his own party are accused of being ‘authoritarian’