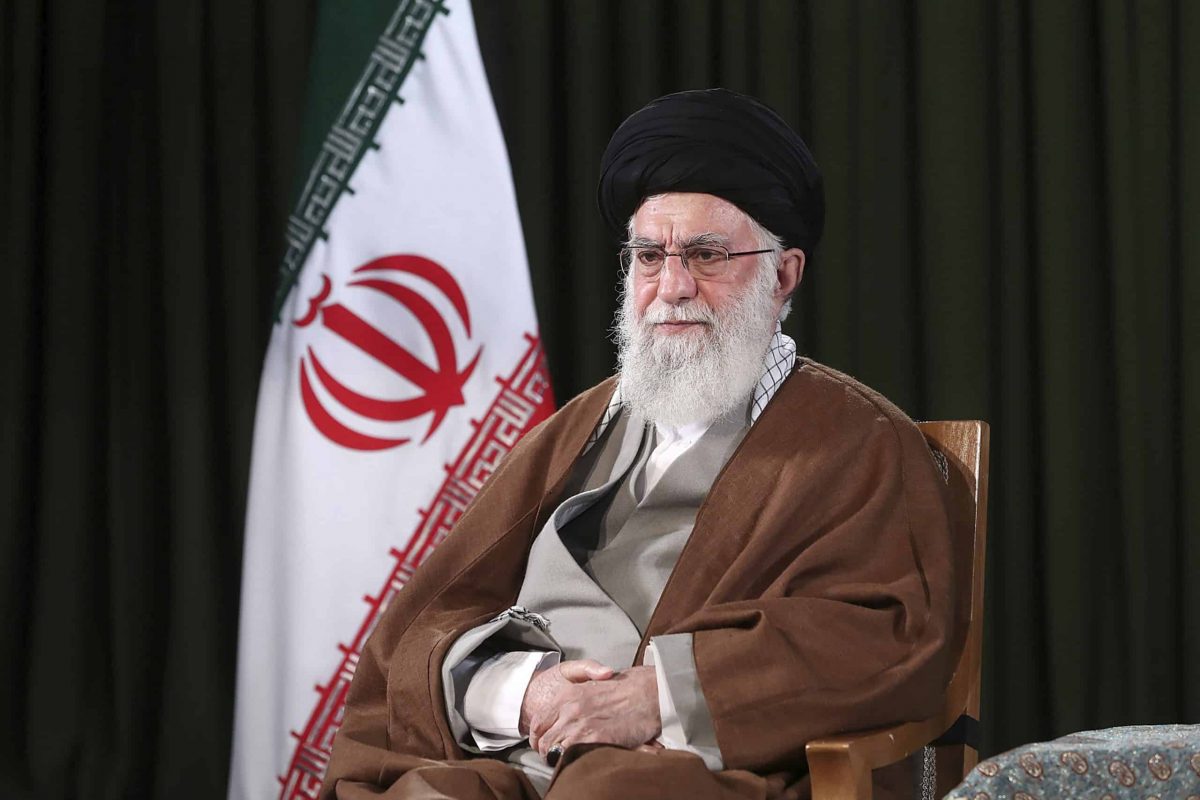 In this photo released on Friday, March 20, 2020 by the official website of the office of the Iranian supreme leader, Supreme Leader Ayatollah Ali Khamenei poses for a portrait prior to delivering his message for the Iranian New Year, or Nowruz, in Tehran, Iran. Ayatollah Ali Khamenei and President Hassan Rouhani in separate new year messages vowed to overcome the new coronavirus and increase economic growth. (Office of the Iranian Supreme Leader via AP)

Iran’s supreme leader has refused US assistance to fight the new coronavirus, citing an unfounded conspiracy theory that the virus could be man-made by America.

But while Iranian civilian officials in recent days have increasingly criticised those sanctions, the 80-year-old Ayatollah instead chose to traffic the same conspiracy theory increasingly used by Chinese officials about the new virus to deflect blame for the pandemic.

“Possibly your (offered) medicine is a way to spread the virus more,” he said. “Or if you send therapists and doctors, maybe he wants to see the effect of the poison, since it is said that part of the virus is built for Iran.”

There is no scientific proof offered anywhere in the world to support Ayatollah Khamenei’s comments.

However, they come after Chinese government spokesman Lijian Zhao tweeted earlier this month that it “might be US army who brought the epidemic to Wuhan. Be transparent! Make public your data! US owe(s) us an explanation!” He offered no evidence to support his claim.

Wuhan is the Chinese city where the first cases of the disease were detected in December.

In recent days, the Trump administration has increasingly referred to the virus as the “Chinese” or “Wuhan” virus, while the World Health Organisation used the term Covid-19 to describe the illness the virus causes.

For most people, the new coronavirus causes only mild or moderate symptoms, such as fever and cough. For some, especially older adults and people with existing health problems, it can cause more severe illness, including pneumonia. The vast majority of people recover.

Ayatollah Khamenei made the comments in a speech in Tehran broadcast live on Sunday across Iran to mark Nowruz, the Persian New Year. He had called off his usual speech at Imam Reza shrine in Mashhad over the virus outbreak.

His comments came as Iran said the new coronavirus has killed another 129 people, raising the death toll to 1,685 amid 21,638 confirmed cases.

Iran is one of the countries hardest hit by the new virus. Across the Middle East, Iran represents eight out of 10 cases of the virus and those leaving the Islamic Republic have carried the virus to other countries.