PM Narendra Modi announced a 21-day lockdown that began on Wednesday that effectively put millions of Indians who live off daily earnings out of work. 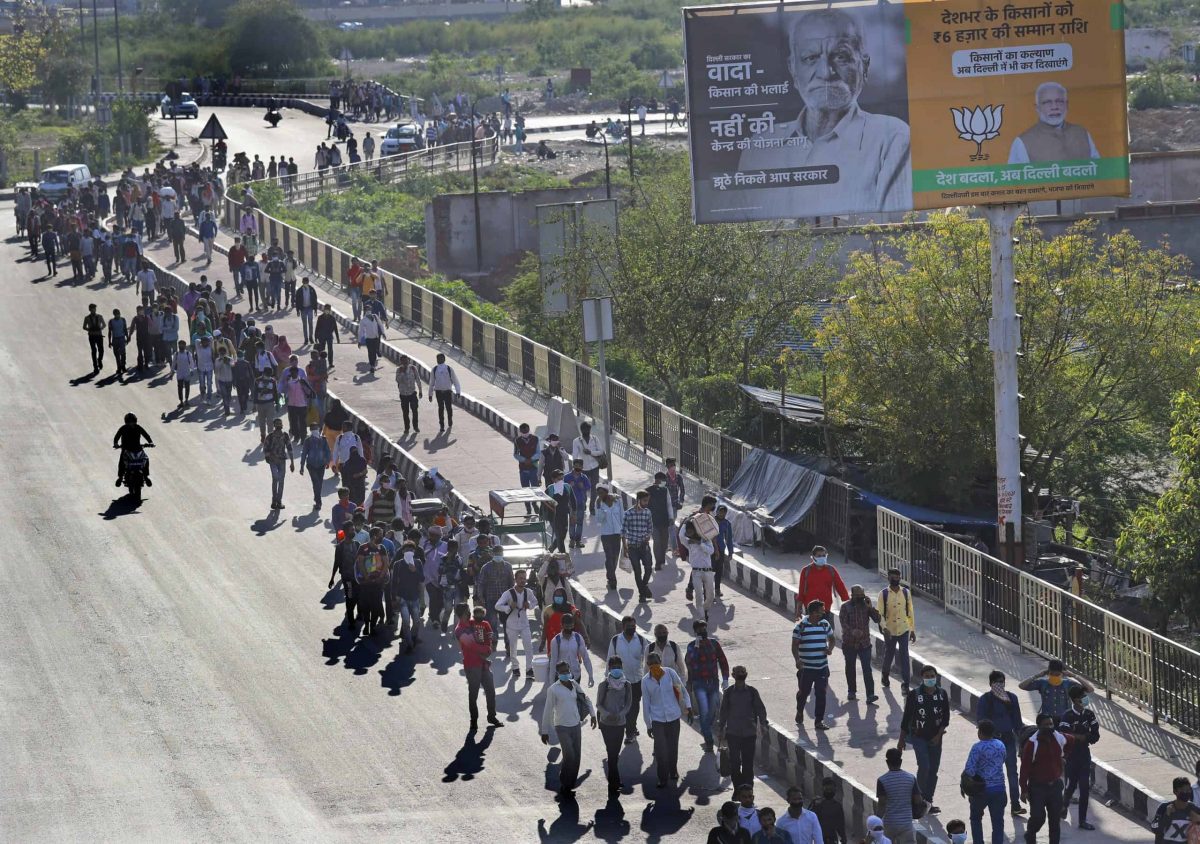 Authorities have sent a fleet of buses to the outskirts of India’s capital to meet an exodus of migrant workers desperately trying to reach their home villages during the world’s largest coronavirus lockdown.

Thousands of people, mostly young male day labourers but also families, fled their New Delhi homes after Prime Minister Narendra Modi announced a 21-day lockdown that began on Wednesday and effectively put millions of Indians who live off daily earnings out of work.

Mr Modi said the extreme measure was needed to halt the spread of Covid-19 in India, which has confirmed 775 cases and 19 deaths, and where millions live in cramped conditions without regular access to clean water.

India’s finance ministry announced a 1.7 trillion (£18 billion) economic stimulus package that will include delivering grains and lentil rations for three months to 800 million people, around 60% of the world’s second-most populous country.

But thousands of India’s most vulnerable, who fear dying not of the disease caused by the new virus but rather of starvation, have decided not to wait.

Ram Bhajan Nisar, a painter, and his wife and two children, aged five and six, were part of a party of 15 who set off by foot from New Delhi to Gorakhpur, a village on the border with Nepal some 400 miles away.

“How can we eat if we don’t earn?” Mr Nisar said, adding that his family had enough to make it four or five days without work, but not the full three weeks of the stay-at-home order.

The government of Uttar Pradesh state, which borders New Delhi, sent a fleet of public and private buses with room for 52,000 people to an overpass area on the Delhi border where thousands were stranded, according to state government spokesman Awanish Awasthi.

At the stops, police jeeps and vans will ferry people the rest of the way to their villages, Mr Awasthi said.

Mr Nisar said on Saturday that a bus had taken his family overnight from the border overpass area to the Uttar Pradesh district of Shahjahanpur.

From there, they walked and hitchhiked on a farm tractor trolley, their hunger temporarily abated by a meal in a Sikh temple and handouts from good Samaritans on the road as they inched closer to home.

They planned to wait at a bus stop for government transport to take them the rest of the way.

If no bus stopped, Mr Nisar said, the group would continue walking or hitchhiking until they reached their villages.

Arvind Kejriwal, the top elected official in New Delhi, said on Twitter that both the Uttar Pradesh government and the Delhi government had arranged buses for the stranded workers.

“I still appeal to everyone to stay where they are,” he said.

“We have made arrangements for living, eating, drinking, everything in Delhi. Please stay at your home. Do not go to your village. Otherwise, the aim of the lockdown will be over.”