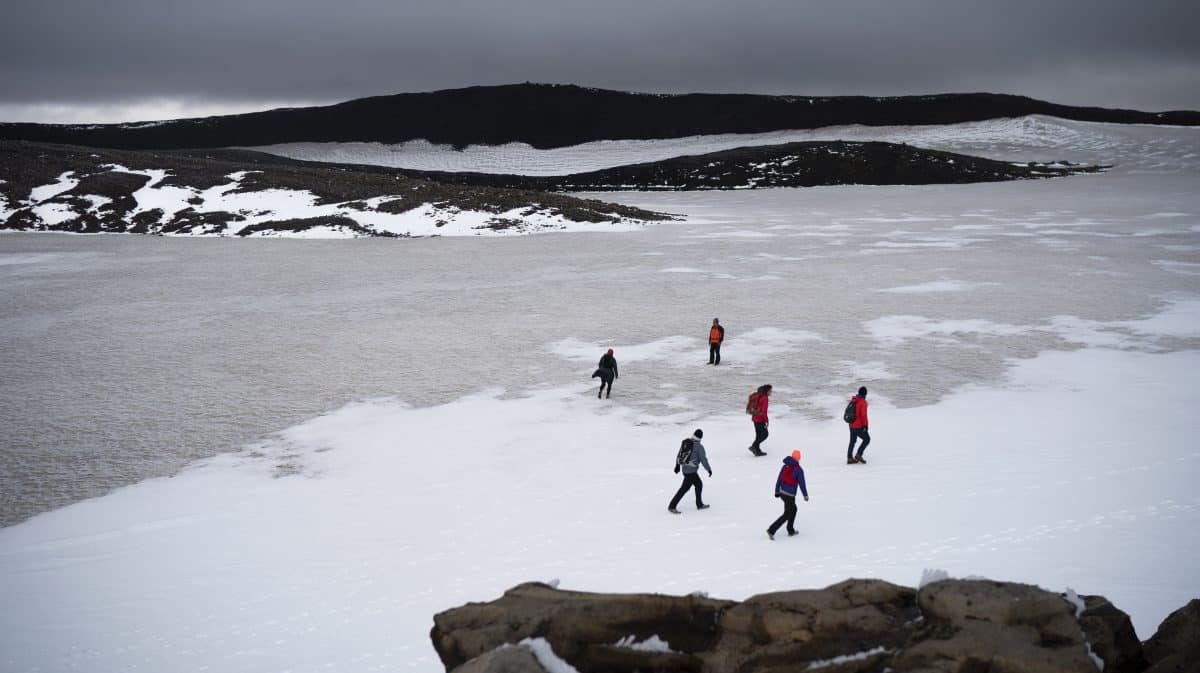 Iceland has bid farewell to the its first glacier lost to the climate crisis with a funeral ceremony after the hottest July for the world on record.

The public ceremony came amid warnings from scientists that hundreds of other such glaciers on the glacial island are at risk.

A bronze plaque on bare rock marked the spot where the Okjökull glacier once towered over western Iceland.

“In the next 200 years all our glaciers are expected to follow the same path. This monument is to acknowledge that we know what is happening and what needs to be done. Only you know if we did it,” said the plaque marked “415 ppm CO2” –  the record level of carbon dioxide measured in the atmosphere last May.

Icelandic officials, activists and others said goodbye to what once was a glacier, with poetry, moments of silence and political speeches about the urgent need to fight climate change.

Icelandic geologist Oddur Sigurdsson pronounced the Okjokull glacier extinct about a decade ago.

On Sunday he took a death certificate to the made-for-media memorial.

After about 100 people made a two-hour hike up a volcano, children installed a memorial plaque to the glacier, nicknamed OK.

This was the first of Iceland’s glaciers to disappear, but Mr Sigurdsson said all of the nation’s ice masses would be gone in 200 years.

MORE CLIMATE NEWS: Is Boris Johnson’s cabinet the most anti-climate action ever?