Several people are reported trapped in the rubble in the south-eastern city of Quanzhou. 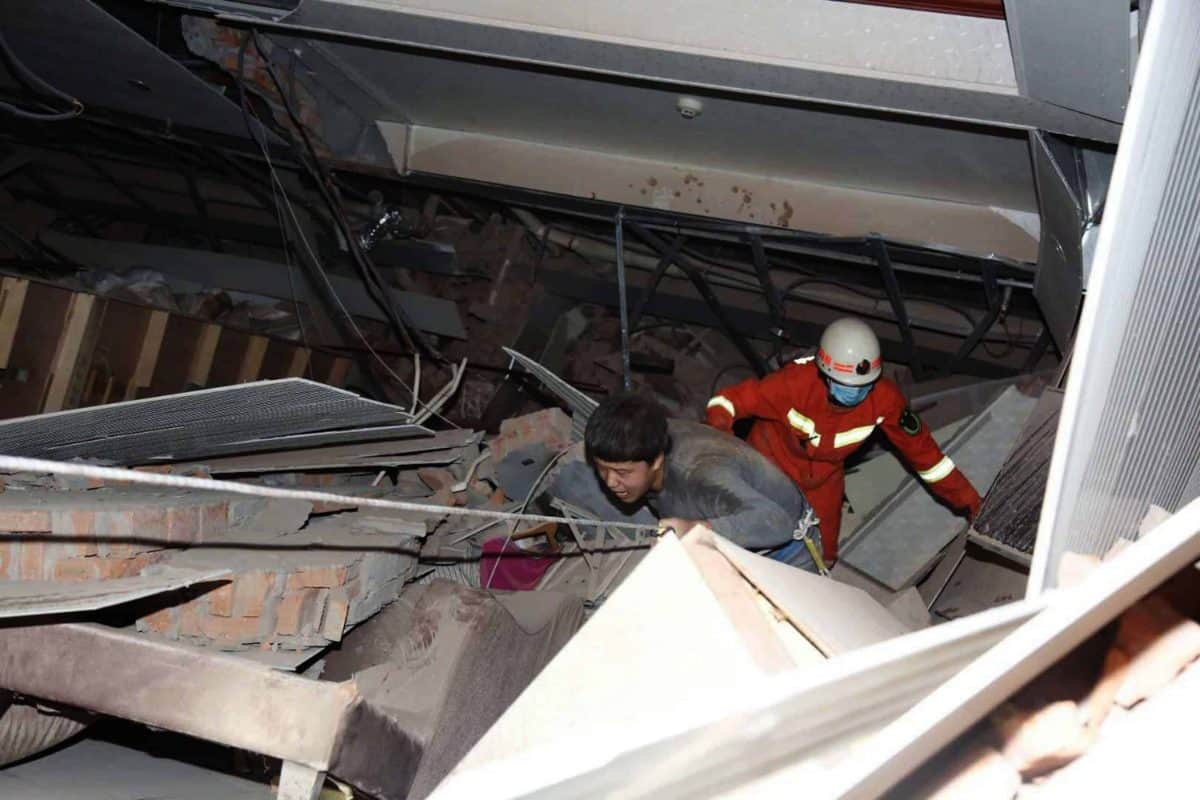 A man is assisted out from the rubble of a collapsed hotel building in Quanzhou city in southeast China's Fujian province Saturday, March 07, 2020. The hotel used for medical observation of people who had contact with coronavirus patients collapsed in southeastern China on Saturday, trapping dozens, state media reported. (Chinatopix via AP)

A hotel used to keep people who had contact with coronavirus patients under medical observation has collapsed in south-eastern China, trapping some 70 people, state media reported.

There were no immediate reports of deaths after the incident on Saturday evening.

At least 33 people were rescued from the wreckage of the Xinjia Express Hotel in Quanzhou, a city in Fujian province, according to several outlets including the Xinhua News Agency.

The 80-room hotel had been converted by the city government for the observation of people who had contact with virus patients, the People’s Daily said.

Photos on news websites showed rescue workers with torches climbing over the debris. Rubble was piled on top of cars in front of the building.

The hotel opened in June 2018, with rooms on the fourth to seventh floors of the building, the newspaper Beijing Youth Daily said.

An unidentified hotel employee cited by the paper said the owner carried out “foundation-related construction” before the disaster.