The territory’s chief executive contrasted criticism of China’s handling of demonstrations with police actions in the US. 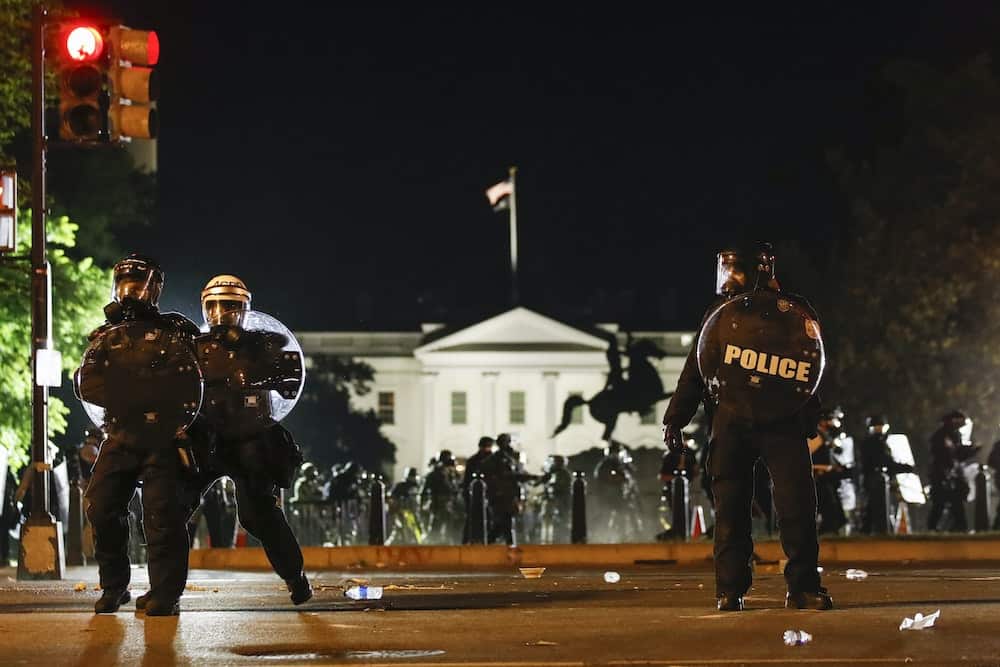 Hong Kong’s leader criticised the “double standards” of foreign governments regarding national security, pointing to the current unrest in the United States as an example of how attitudes differ when protests hit home.

“We have recently seen these kind of double standards most clearly with the riots in the United States,” chief executive Carrie Lam said on Tuesday.

“We can see how local authorities have reacted.

“But then last year when we had similar riots in Hong Kong, what was their position?”

The US, Britain and some other Western democracies sharply criticised police crackdowns on anti-government protests in Hong Kong last year.

“They take their own country’s national security very seriously, but for the security of our country, especially the situation in Hong Kong, they are looking at it through tinted glasses,” she said.

Ms Lam will lead a delegation of senior Hong Kong officials to Beijing on Wednesday to present her views on the planned national security laws to Chinese government officials, the Hong Kong government announced.

In response to the proposed laws, US President Donald Trump on Friday pledged to “take action to revoke Hong Kong’s preferential treatment as a separate customs and travel territory”.

Ms Lam said if any countries imposed sanctions or made moves to affect trading relations, they would only be “hurting their own interests”.

She went on to highlight the US trade surplus with Hong Kong.

“Foreign governments have been responding in a high-profile manner, some have threatened certain actions, and I can only say that they are adopting double standards,” Ms Lam said.

Ms Lam also expressed concern over the latest coronavirus outbreak in the city, after a cluster of nine people in the same public housing building tested positive for the virus over the past few days, ending a streak of nearly two weeks without locally transmitted cases.

Hong Kong on Tuesday said it would implement a two-week extension of social distancing measures, including a ban on public gatherings of more than eight people, to June 18.

The city’s entry restrictions will also remain in place until September 18 for foreign non-residents, with the exception of those who have stayed in mainland China, Taiwan and Macau for 14 days prior to their arrival in Hong Kong.

Residents of those places are also allowed into the city if they have not travelled elsewhere prior to their arrival.