Sajid Khan, 38, initially ran away but RETURNED to the truck and jumped into the cab.

by Ben Gelblum
in Must Reads, World News 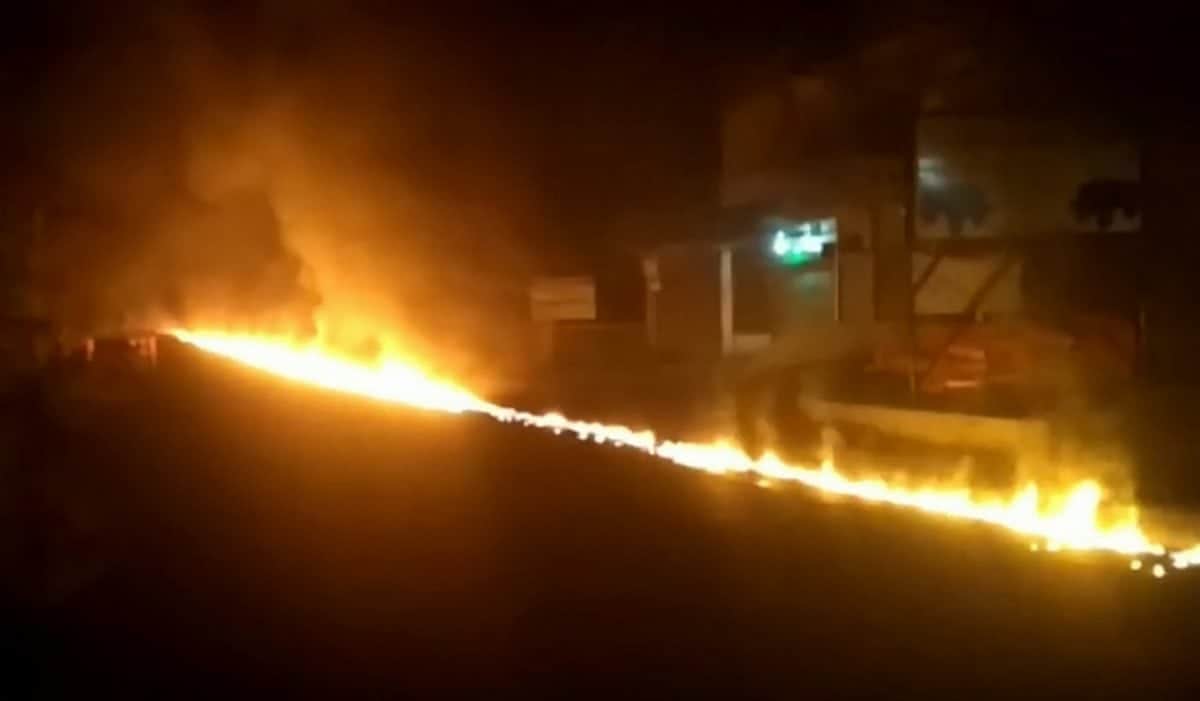 This is the moment a hero driver drove a blazing fuel tanker away from a petrol station – leaving an incredible trail of flames in his wake.

Sajid Khan, 38, initially fled the truck when it caught fire but turned back and jumped into the cab to drive it more than A MILE to save the town. 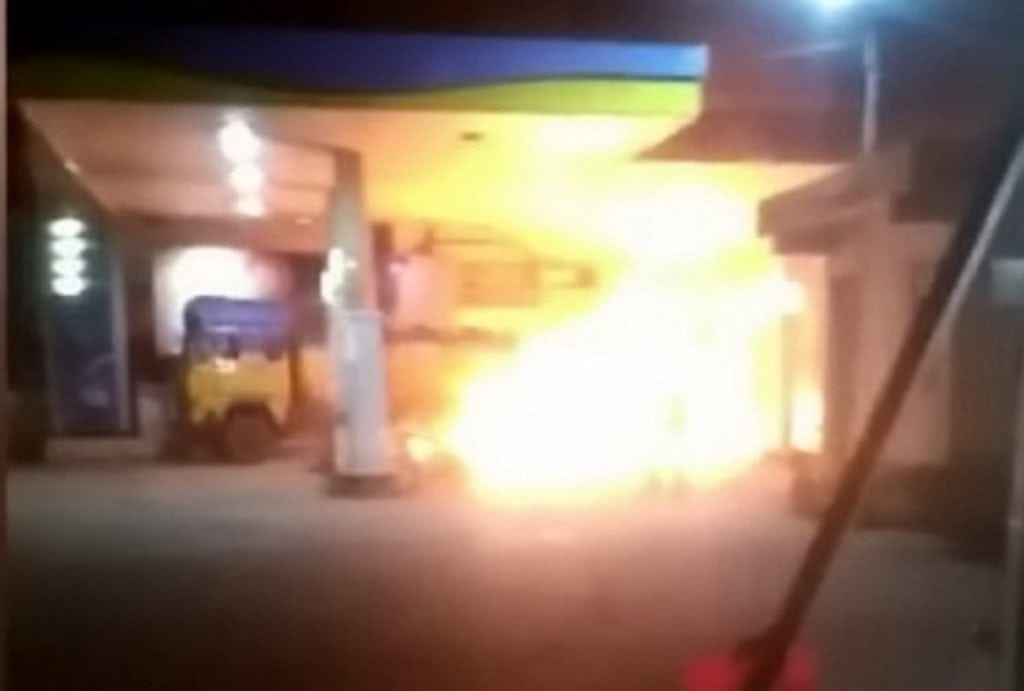 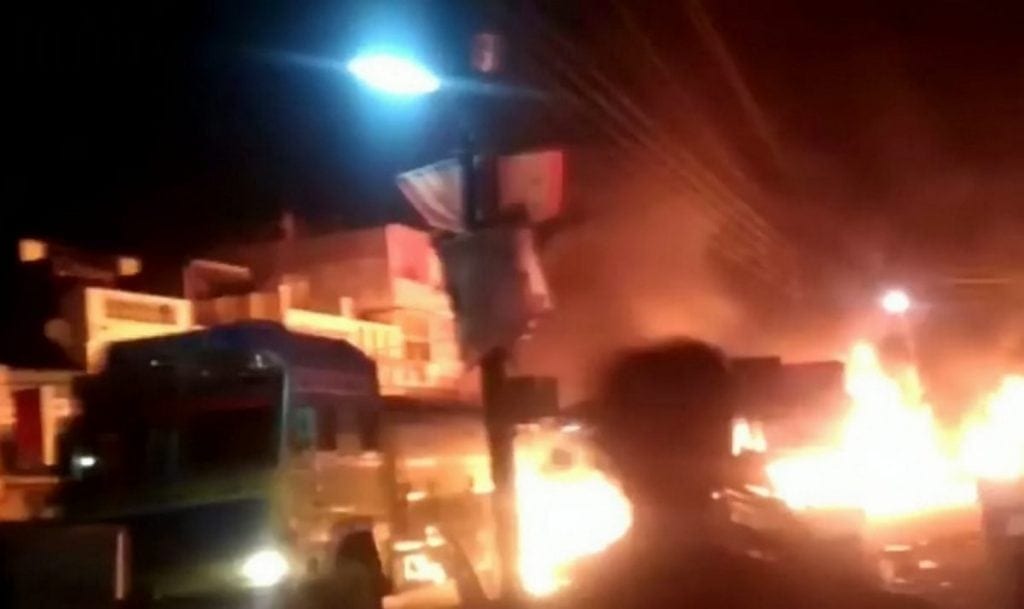 Images and videos taken by shocked onlookers shows his flaming truck leaving a “river of fire” as he drove it to safety.

Brave Sajid only jumped to safety once he was able to safely abandon the truck in a deserted road, and escaped with minor burns to this hands, face and feet.

Humble Sajid said: “I saw people running for their life.

“I also started running away and then suddenly I changed my mind and decided to drive the tanker away.” 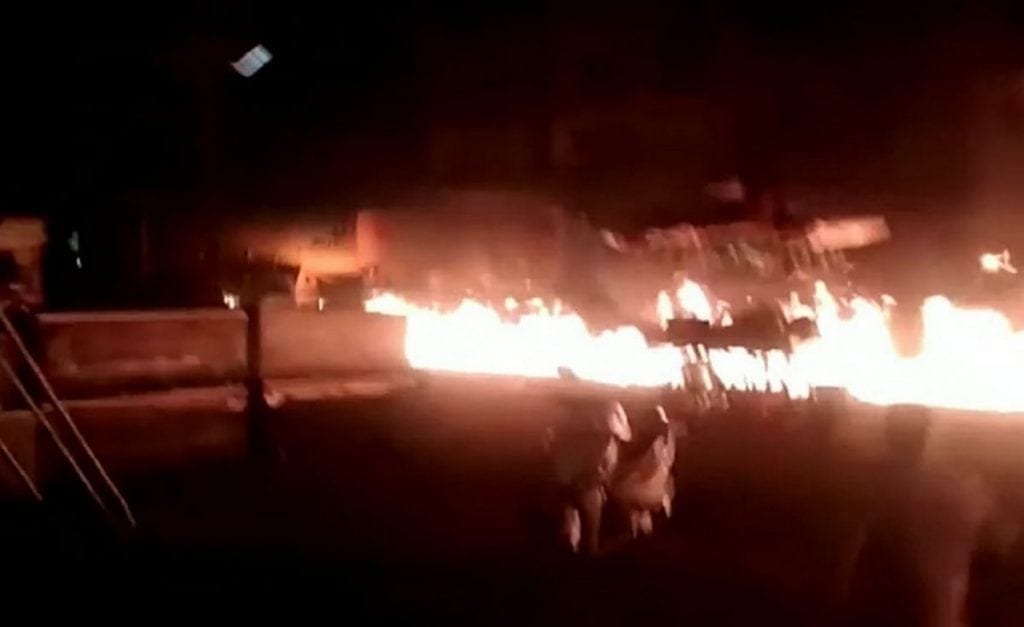 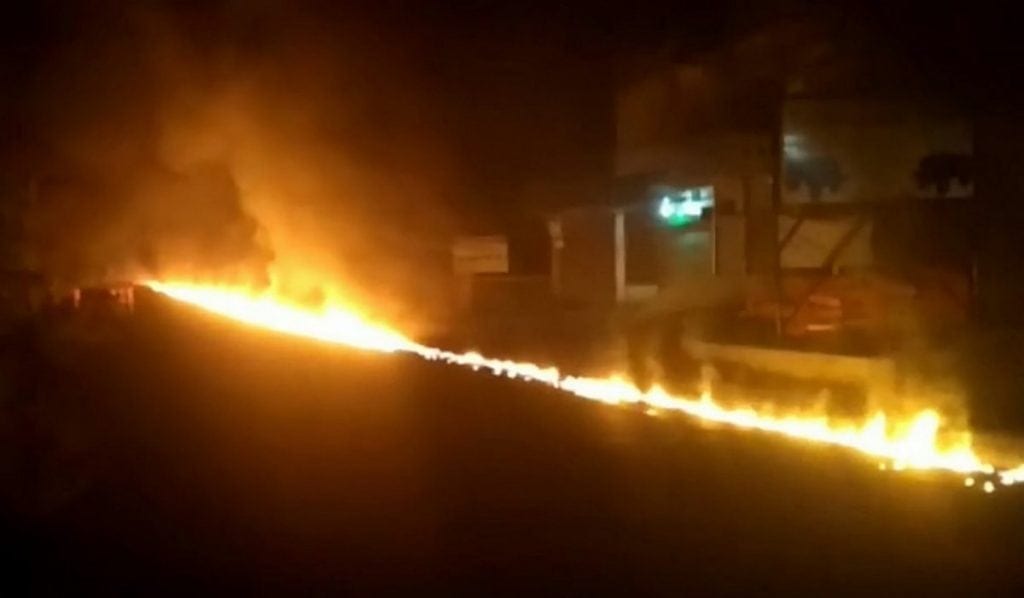 The incident happened on Sunday while the fuel tanker was standing at a petrol station and suddenly caught fire.

Sajid initially tried to put out the fire with an onboard fire extinguisher, but when they only increased in ferocity, he called the fire service.

After briefly running away he jumped into the truck and out his foot to the floor, risking his life to drive more than a mile along the mail road.

Onlookers said a “river of fire” was left behind, which engulfed vegetables and fruit stalls, extinguished by locals and the fire brigade.

Sajid was taken to Jabalpur Government hospital by police for treatment.

One eyewitness said: “The tanker caught fire while emptying the petrol in the petrol station, but the tanker’s driver sat on his driving seat and took away the vehicle away from the petrol pump, spilling the petrol all over, including the stalls and shops, burning many fruits and vegetables.” 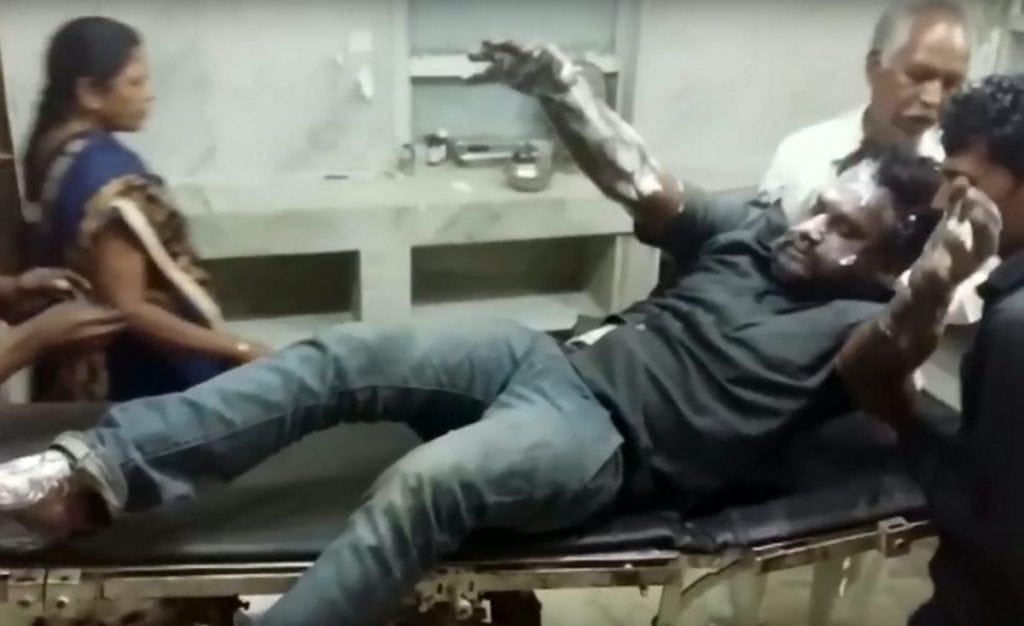