A child died when a dinghy capsized. 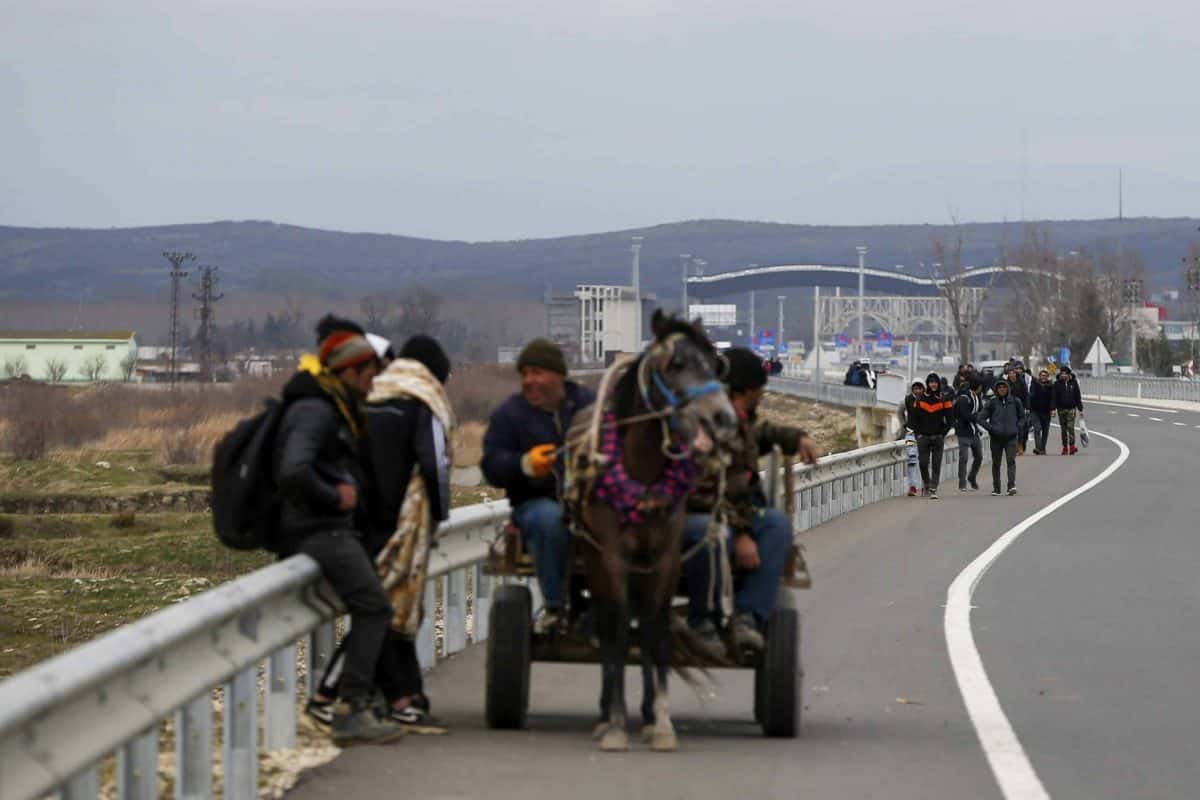 Greek police fired tear gas at migrants trying to push from Turkey through the land border, and a child died when a dinghy boat capsized during a sea crossing, after Turkey opened its frontier for migrants and refugees to enter Europe.

The child’s death, reported by the Greek coast guard, was the first since thousands of migrants began massing at the frontiers with Greece over the weekend after Turkey’s President Recep Tayyip Erdogan announced an easing of restrictions on those wishing to cross to Europe.

His announcement marked a dramatic departure from a previous policy of containing the hundreds of thousands of refugees and migrants in Turkey.

Mr Erdogan apparently aims to pressure Europe into offering Turkey more support in dealing with the fallout from the Syrian war to its south.

Thousands of migrants on Monday tried to find a way across Turkey’s land border into Greece, which has made clear its borders will remain closed.

Dozens managing to pass through either border fences or fording the river there.

Others were trying to reach Greek islands from the Turkish coast.

That offensive has killed dozens of Turkish troops and led to a surge of nearly a million Syrian civilians fleeing toward Turkey’s sealed border, threatening a dramatic new influx of displaced into a country that already hosts 3.5 million Syrian refugees.

Fighting on the ground in Idlib continued Monday, with heavy clashes between Syrian government forces and Turkish-backed fighters.

Syrian troops retook the strategic town of Saraqeb, which lies on the Damascus-Aleppo highway, although violence continued nearby.

The Kremlin said Mr Erdogan and Russian President Vladimir Putin would meet in Moscow on Thursday for talks on Idlib.

The Greek coast guard said 48 migrants on a dinghy heading to the island of Lesbos, accompanied by a Turkish patrol vessel while in Turkish waters, deliberately overturned their boat once in Greek waters, triggering a rescue operation Monday morning.

The coast guard said they rescued the migrants, including two children who were in hospital, one of them unconscious.

Resuscitation efforts on the unconscious child, a boy aged around six or seven, failed, the coast guard said.

The other child was considered out of danger.

Their nationality was not immediately available.

Greek authorities said that in the 24 hours from 6am local time on Sunday, they thwarted 9,877 attempts to cross the northwestern land border, either through the fence or across the Evros River, which runs along the frontier.

Authorities arrested 68 people and charged them with illegal entry.

Therose Ngonda, a 40-year-old woman from Cameroon, made it into Greece by wading across the river.

Speaking in the morning, her feet still wet from the river crossing, she said she had been told migrants had 72 hours from Friday to leave Turkey.

She got on one of dozens of buses and minibuses that have been ferrying people from Istanbul to the border, among about 2,000 people, including Syrians and families with young children.

Ms Ngonda said she was put into the river on the Turkish side of the border.

Greece says it is faced with what has all the markings of an organised campaign by Ankara to push people through its borders.

The government has sent Greek army and police reinforcements to the land border with Turkey, saying it was suspending all asylum applications for a month and would return those entering the country illegally without registering them.

The army announced a 24-hour live-fire exercise along the border for Monday, declaring the area dangerous and banning any movement of people or livestock during the exercise.