The death of George Floyd has sparked protests and riots across the US. 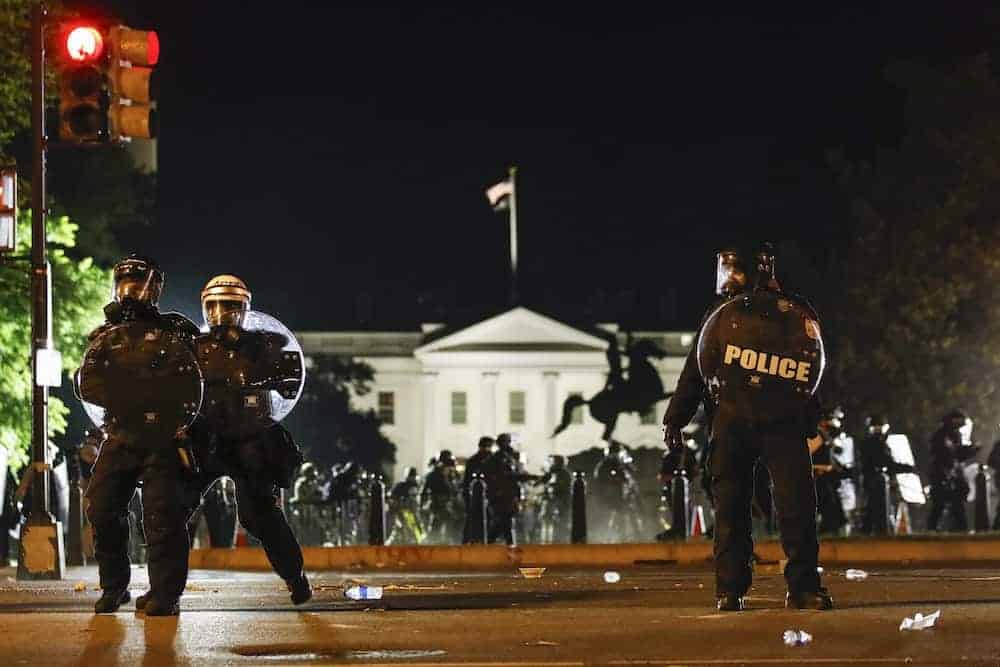 Presumptive Democratic presidential nominee Joe Biden has vowed to address institutional racism in his first 100 days in office as he sought to elevate his voice in the exploding national debate over racism and police brutality.

The former vice president offered emotional support and promised bold action during an in-person meeting with black leaders in Delaware and a subsequent virtual meeting with big city mayors who are grappling with racial tensions and frustrated by a lack of federal support.

“Hate just hides. It doesn’t go away, and when you have somebody in power who breathes oxygen into the hate under the rocks, it comes out from under the rocks,” Mr Biden told more than a dozen African American leaders gathered at a church in Wilmington, his face mask lowered around his chin as he spoke.

Without offering specifics, he promised to “deal with institutional racism” and set up a police oversight body in his first 100 days in office, if elected.

But the inequality in American society runs deep as these statistics show via the World Economic Forum.

– About three in every five black men say they have been unfairly stopped by the police because of their race, according to a 2019 survey by the Pew Research Center.

– Today, 41% of black households own their own homes, compared with nearly 72% for whites.

– Black households have only 10 cents in wealth for every dollar held by white households, according to 2016 data.

– COVID-19 has disproportionately affected black men and women in terms of deaths from the disease and unemployment rates during the pandemic.

– The wage gap between black and white workers has grown significantly. For example, in 2018 the median weekly earnings for full-time workers was $694 for black Americans, compared to $916 for white Americans.

– In 2017, black women earned less than white women, with the median annual earnings for full-time black women workers was just over $36,000 – 21% lower than that of white women.

– Black women in the United States are more than 3 times as likely to die from pregnancy-related causes than white women.

– In 2018, 79% of black students graduated from high school in comparison to 89% among white students.