The arrests followed the release of a video of the February incident which sparked national outcry. 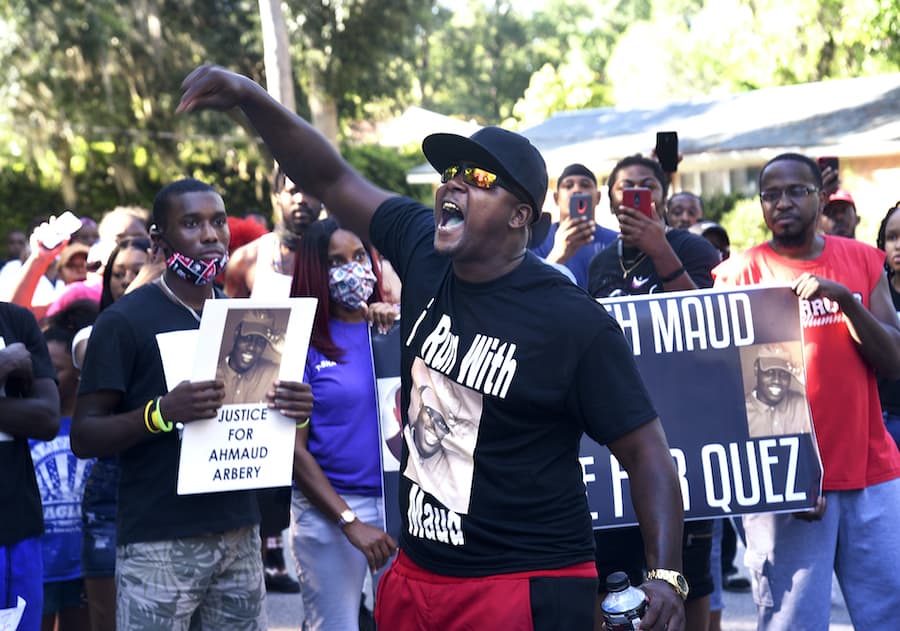 A white father and son have been been charged with murder over the February shooting death of a black man they pursued in a truck after spotting him running in their neighbourhood, authorities in the US state of Georgia said.

The charges came more than two months after Ahmaud Arbery, 25, was killed on a residential street just outside the port city of Brunswick. National outrage over the case swelled this week after a cellphone video was released that appeared to show the shooting.

Gregory McMichael told police after the February shooting that he and his son chased after Mr Arbery because they suspected him of being a burglar.

Arbery’s mother, Wanda Cooper Jones, has said she believes her son, a former football player, was just jogging in the Satilla Shores neighbourhood before he was killed on a Sunday afternoon.

The Georgia Bureau of Investigation announced the arrests the day after it began its own investigation at the request of an outside prosecutor. The agency said in a news release that Mr McMichael, 64, and his 34-year-old son, Travis McMichael, had both been jailed on charges of murder and aggravated assault.

The GBI news release said the McMichaels “confronted Arbery with two firearms. During the encounter, Travis McMichael shot and killed Arbery.” No other details were immediately released.

It was not immediately known if either of the McMichaels had an attorney who could comment on the charges.

Gregory McMichael served as an investigator for Glynn County district attorney Jackie Johnson, and retired last year. The connection caused Ms Johnson to recuse herself from the case.

At a news conference before the arrests were announced Thursday, Republican governor Brian Kemp told reporters he was confident state investigators would “find the truth”.

“I can tell you it’s absolutely horrific, and Georgians deserve answers.”

Related – What’s essential? In France, pastry and wine – in the US, guns and golf