He said trade and disarmament were among the issues they would discuss. 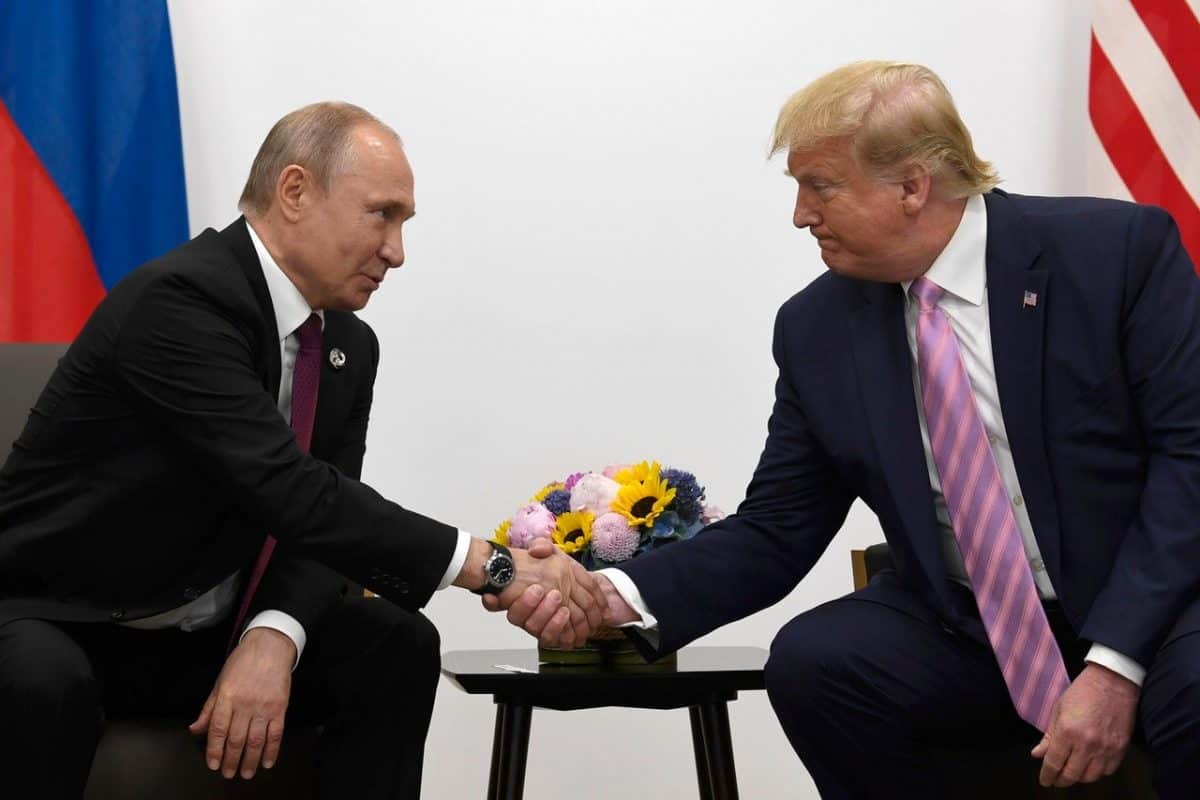 President Donald Trump has jokingly told Russian leader Vladimir Putin “don’t meddle with the election” in their first meeting since the special counsel concluded Moscow interfered with the 2016 campaign.

The tone of the president’s comments, which came after a reporter asked if he would warn Mr Putin, were immediately open to interpretation.

But they would seem to do little to silence questions about President Trump’s relationship with Russia in the aftermath of special counsel Robert Mueller’s conclusion that he could not establish a criminal conspiracy between the Trump campaign and Moscow.

It was the first time the leaders had met since they sat together publicly in Helsinki nearly a year ago, when President Trump pointedly did not admonish Mr Putin over election interference and did not side with US intelligence services over his Russian counterpart.

The leaders traded brief remarks on Friday about issues they planned to discuss when a reporter shouted to President Trump about warning Mr Putin “not to meddle” in the 2020 election.

The president answered “of course” before he turned to Mr Putin and said: “Don’t meddle in the election.”

He playfully repeated request while pointing at Mr Putin, who laughed.

President Trump also said he enjoyed a “very, very good relationship” with Mr Putin, and said “many positive things are going to come out of the relationship”.

He said trade and disarmament were among the issues they would discuss.

The meeting with Mr Putin, which came amid a host of negotiations on international crises, trade wars and a growing global to-do list, was the main event on President Trump’s agenda on Friday at the G20 summit in Osaka.

President Trump had said in advance of meeting Mr Putin that he expected a “very good conversation” with the Russian leader, but told reporters that “what I say to him is none of your business.”

His aides had grown worried that President Trump could use the meeting to once again attack the Russia probe on the world stage, particularly since Mr Mueller recently agreed to testify before Congress next month, he did not utter the special counsel’s name.