Theresa May has insisted that the two Russian suspects in the Salisbury nerve agent poisoning must be brought to justice. 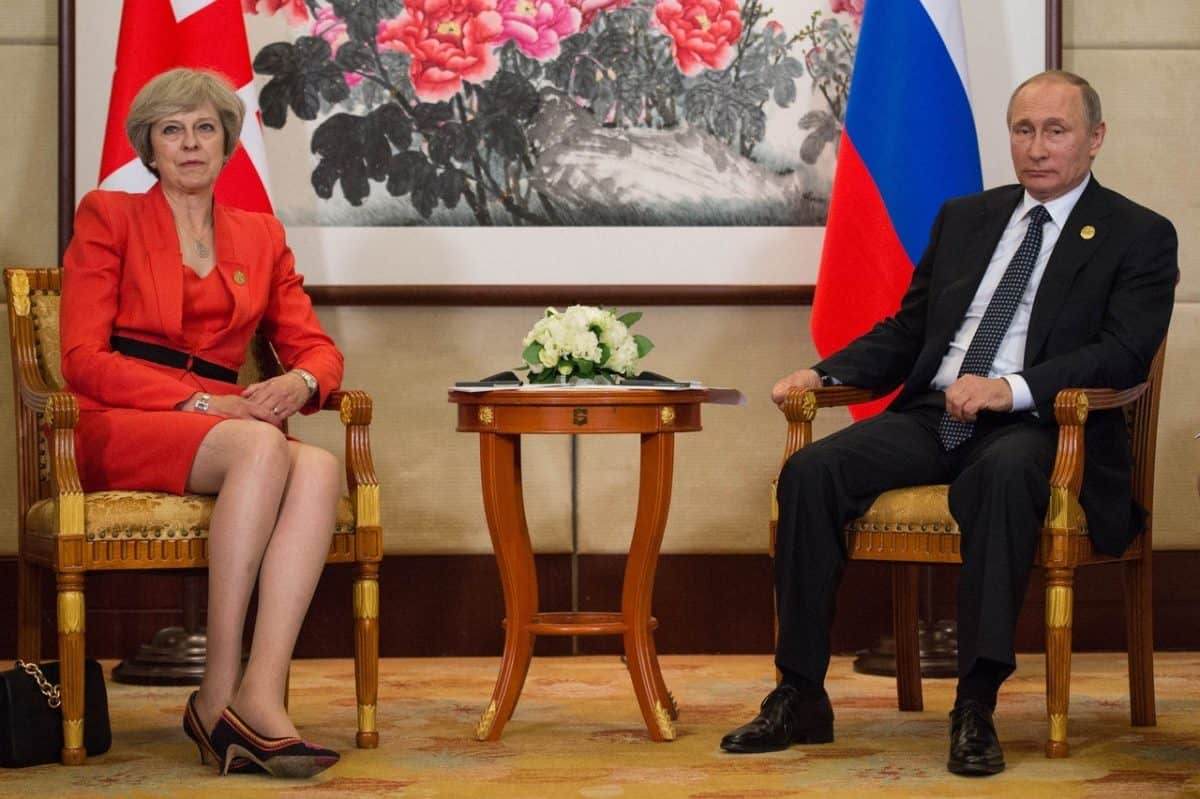 Theresa May and Vladimir Putin have begun talks in which the Prime Minister will call for the Salisbury nerve agent attack suspects to face justice.

The two leaders shook hands but there was little warmth as a grim-faced Mrs May sat down across a table from the Russian President.

Ahead of the meeting, the PM said her decision to hold talks with Mr Putin did not mean a return to “business as usual” with Russia.

She said she will make her position on the two Russian intelligence agents believed to be responsible for the nerve agent attack in Salisbury “absolutely clear” to Mr Putin at the talks on the margins of the G20 summit in Osaka, Japan.

The Russian president dismissed the Salisbury incident as “fuss about spies and counter-spies” that was “not worth serious interstate relations” and said “traitors must be punished”.

The UK believes Moscow’s GRU military intelligence agency was behind the Salisbury attack on former double agent Sergei Skripal and his daughter Yulia.

Both survived the poison in Salisbury but in July 2018 Dawn Sturgess died after coming into contact with Novichok which is believed to have been in a perfume bottle.

Scotland Yard and the Crown Prosecution Service believe there is sufficient evidence to charge two Russians – known by the aliases Alexander Petrov and Ruslan Boshirov – with offences including conspiracy to murder over the attack on the Skripals.

The issue is looming large over the talks between the Prime Minister and Mr Putin, despite the Russian leader’s attempt to dismiss the incident.

It is the first formal bilateral meeting since the Salisbury attack put the UK-Russia relationship into the diplomatic deep freeze, although the two leaders did speak briefly at last year’s G20 in Argentina.

Mrs May defended her decision to meet Mr Putin in a series of interviews in Japan.

“We in the UK have seen the use of a nerve agent, a chemical weapon, on the streets of Salisbury.

“I want to see the individuals, against whom charges have been brought, brought to justice. Russia does not allow the extradition of its nationals but there are European Arrest Warrants out for those two individuals and as soon as they set foot outside Russia, we will be making every effort to bring them to justice.

“But we see other Russian activity around the world, we see the use of disinformation, cyber attacks and we need to see Russia desisting from that activity.”

Mrs May told reporters that the meeting gave her the chance to deliver a “very clear message, leader to leader”.

Downing Street has insisted the meeting does not represent a normalisation of the relationship with Moscow.

Asked by PA whether handing over the Salisbury suspects would be a condition for bringing Russia back in from the cold, Mrs May said: “We have identified two individuals, we believe that they should be brought to justice.

“It’s a longstanding position that Russia does not allow the extradition of its nationals.

“But there are European Arrest Warrants out for these individuals and if they step foot outside Russia then we will be making every effort to ensure that they are brought to justice.”

She added: “I’m going to make absolutely clear the position the UK takes in relation to what happened in Salisbury.

“We believe these individuals should be brought to justice.”

The UK expelled 23 Russian diplomats Mrs May claimed were undeclared intelligence officers following the Salisbury attack and international allies including the US followed suit.

Mr Putin said in an interview with the Financial Times: “Listen, all this fuss about spies and counterspies, it is not worth serious interstate relations. This spy story, as we say, it is not worth five kopecks. Or even five pounds, for that matter.

“And the issues concerning interstate relations, they are measured in billions and the fate of millions of people. How can we compare one with the other?”

He said the security agencies should deal with it, that UK businesses wanted to continue working with Russia, and that he believed the UK and his country were interested in fully restoring relations.

“At least I hope that a few preliminary steps will be made. I think it would be easier for Mrs May, maybe, because she is leaving and is free to do what she thinks is right, important and necessary and not to bother about some domestic political consequences,” he said.

Ahead of her showdown with Mr Putin, the Prime Minister met Japanese counterpart Shinzo Abe, the summit’s host.

Mrs May said: “The UK and Japan are natural partners and we will continue to work together to uphold the global rules by which we seek to ensure a peaceful and prosperous world.”