Donald Trump has dramatically escalated the transatlantic war of words over the leak of the British ambassador’s advice describing his administration as “inept”. 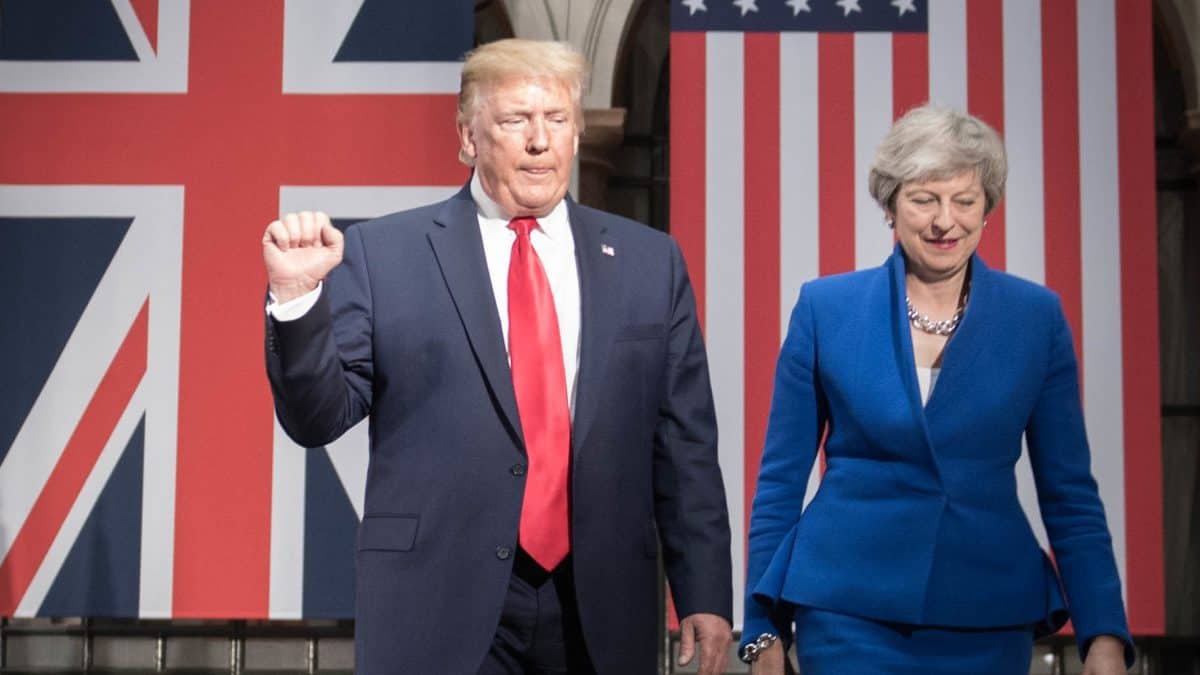 In an explosive series of tweets, the US president accused Theresa May of making a “mess” of Brexit.

He said his administration would no longer deal with the ambassador, Sir Kim Darroch, while the “good news” for the UK was that it would soon have a new prime minister.

Mr Trump said: “I have been very critical about the way the UK and Prime Minister Theresa May handled Brexit.”

“What a mess she and her representatives have created. I told her how it should be done, but she decided to go another way.

“I do not know the ambassador, but he is not liked or well thought of within the US. We will no longer deal with him.

“The good news for the wonderful United Kingdom is that they will soon have a new Prime Minister.

“While I thoroughly enjoyed the magnificent state visit last month, it was the Queen who I was most impressed with!”

Mr Trump’s outspoken attack – the most strident public criticism of a British prime minister by a US president in decades – will alarm and dismay Downing Street.

Downing Street reacted insisting the British ambassador to the US has the Prime Minister’s full support despite Donald Trump saying he would no longer work with him.

It comes just a month after the Government rolled out the red carpet for the president for a state visit in which he praised the enduring strength of the “special relationship”.

A Government spokesman  said: “We have made clear to the US how unfortunate this leak is. The selective extracts leaked do not reflect the closeness of, and the esteem in which we hold, the relationship.

“At the same time we have also underlined the importance of ambassadors being able to provide honest, unvarnished assessments of the politics in their country.

“The UK has a special and enduring relationship with the US based on our long history and commitment to shared values and that will continue to be the case.”

In the Commons, there were calls for the police to investigate amid widespread anger at the diplomatic fall-out from the leak.

Tom Tugendhat, chairman of the Commons Foreign Affairs Committee, told MPs that he had written to the Metropolitan Police Commissioner Cressida Dick to “ask that a criminal investigation also be opened into the leak”.

Earlier, Foreign Secretary Jeremy Hunt said he did not agree with all the views expressed by Sir Kim and insisted Britain still had the “warmest” of relationships with the US.

Speaking at a press conference at the Foreign Office, Mr Hunt said: “It’s a personal view and there will be many people in this building who don’t agree with that view and indeed I don’t agree with some of the views that we saw in those letters.

“I think the US administration is highly effective and we have the warmest of relationships and a partnership based on standing up for shared values.”

However, International Trade Secretary Liam Fox – on a visit to the US – was less sanguine, expressing concern about the impact on US-UK relations after Mr Trump reacted angrily to the leak.

“This is such a damaging, potentially damaging, event, that I hope the full force of our internal discipline, or even the law, will come down on whoever actually carried out this particular act,” he told the BBC.

The Foreign Office, which originally described the leak as “mischievous”, launched a formal leak inquiry on Sunday.

In the memos, obtained by The Mail on Sunday, Sir Kim suggested that in order to communicate with the president “you need to make your points simple, even blunt”.