The Thwaites Glacier in Antarctica is heading towards an "instability" which once crossed means it could all float out into the sea within 150 years, according to the study 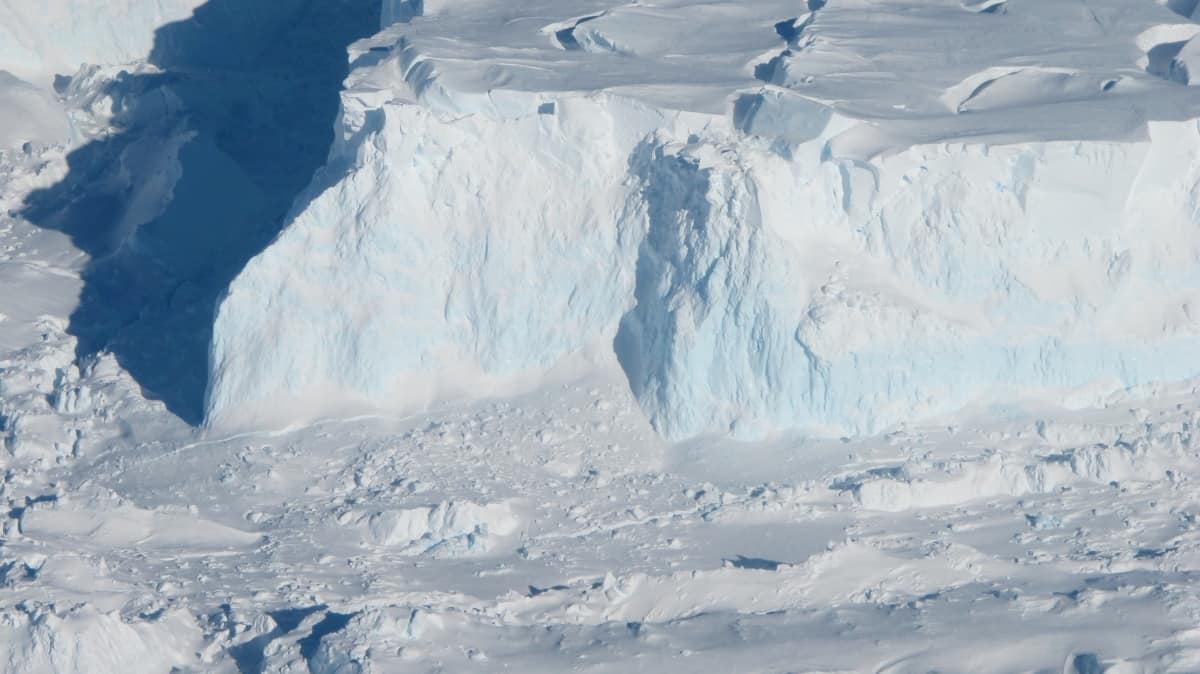 A huge glacier is at risk of crossing a tipping point where it could cause an unstoppable 20 inch rise in global sea levels, warns new research.

The Thwaites Glacier in Antarctica is heading towards an “instability” which once crossed means it could all float out into the sea within 150 years, according to the study.

The resulting sea-level rise would be two-and-a-half times bigger than the 20cm (7.8 inches) increase since pre-global warming levels of the late 19th century, the NASA-funded study found.

Study leader Dr Alex Robel, Assistant Professor in Georgia Institute of Technology’s School of Earth and Atmospheric Sciences, said: “If you trigger this instability, you don’t need to continue to force the ice sheet by cranking up temperatures.

“It will keep going by itself, and that’s the worry.

“Climate variations will still be important after that tipping point because they will determine how fast the ice will move.”

Study co-author Dr Helene Seroussi, a NASA Jet Propulsion Laboratory scientist, added: “After reaching the tipping point, Thwaites Glacier could lose all of its ice in a period of 150 years.

Current sea levels are nearly eight inches (20cm) above pre-global warming levels and are blamed for increased coastal flooding across the world.

The glacier is among five that have doubled their rate of ice loss in the last six years, according to the National Science Foundation.

The doomsday prediction came after 500 ice-flow models of the glacier all predicted the instability would be triggered if the rate of ice melt due to warming oceans stayed at today’s levels.

Dr Robel said: “You want to engineer critical infrastructure to be resistant against the upper bound of potential sea level scenarios a hundred years from now.

“It can mean building your water treatment plants and nuclear reactors for the absolute worst-case scenario, which could be two or three feet of sea level rise from Thwaites Glacier alone, so it’s a huge difference.”

The warnings were based on the latest simulations of hidden “instabilities” underneath Antarctica’s glaciers.

The researchers explained huge ice shelves rested on the continent’s bedrock beneath the water line.

As the glaciers melt, more of the bedrock is exposed to the sea. The point where the overhanging glacier, sea and bedrock meet is called the ‘grounding line’.

The models also revealed triggering the “instability” could speed up the effects of global warming.

But Dr Robel added: “The system didn’t damp out the fluctuations, it actually amplified them. It increased the chances of rapid ice loss.

“Once ice is past the grounding line and just over water, it’s contributing to sea level because buoyancy is holding it up more than it was.

“Ice flows out into the floating ice shelf and melts or breaks off as icebergs.”

She explained as the underlying bedrock becomes deeper, undercutting seawater exerts more lift on the glacier – accelerating its flow into the sea.

The warmer ocean water also hollows out the bottom of the ice, adding a little more water to the ocean.

The ice above the hollow eventually loses land contact and flows even faster out to sea.

The research, published in the journal the Proceedings of the National Academy of Sciences (PNAS) and funded by the National Science Foundation and NASA, also showed that the instability makes forecasting more uncertain, leading to the broad spread of scenarios.

That is particularly relevant to the challenge of engineering against flood dangers.