The president “betrayed the Nation by abusing his high office to enlist a foreign power in corrupting democratic elections,” according to the 650-page report from the House Judiciary Committee. 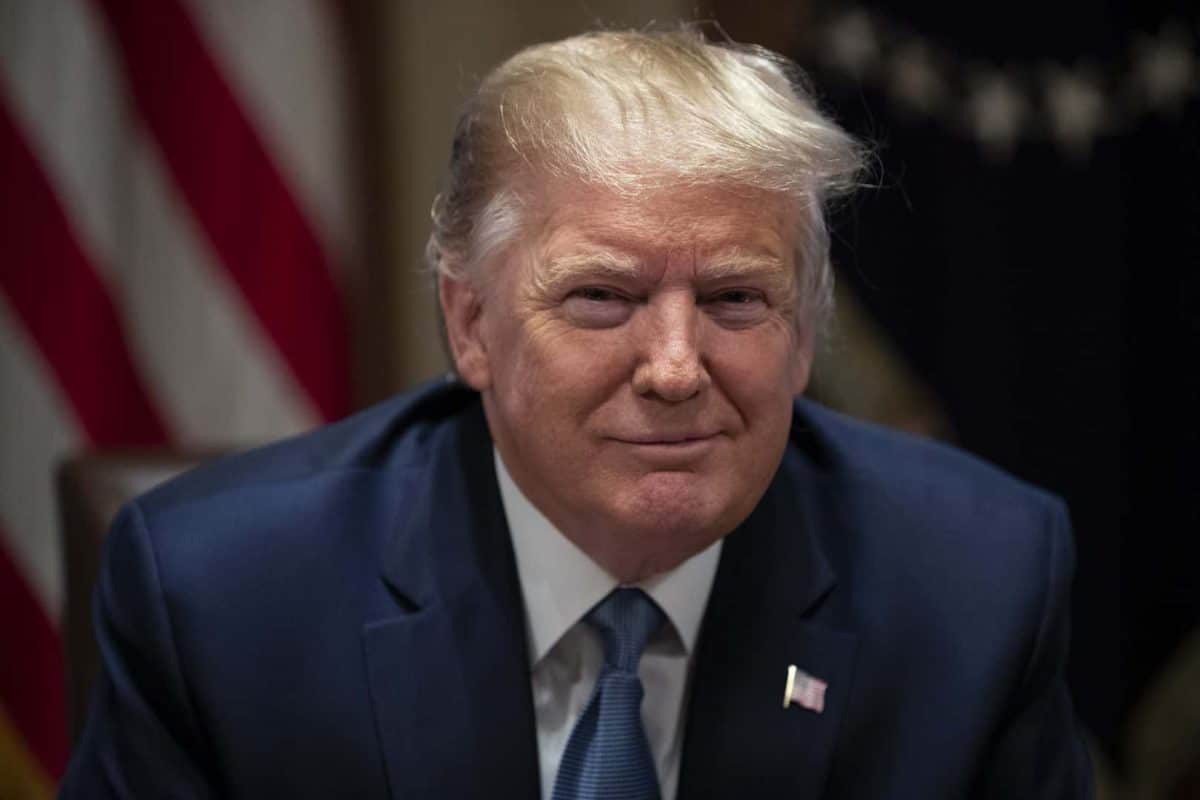 Democrats in the US house of representatives have laid out their impeachment case against President Donald Trump.

Their sweeping report accuses him of betraying the nation and outlines why he deserves to be ousted.

It comes as key members of US congress have started to signal where they stand ahead of this week’s landmark votes on impeachment.

What Democrats had once hoped would be a bipartisan act – only the third time in US history the house of representatives will be voting to impeach a president – is on track to be a starkly partisan roll call on Wednesday.

No Republicans are breaking with the president, but almost all Democrats are expected to approve the charges against him in the historic vote on Wednesday.

Senate majority leader Mitch McConnell and his Democrat counterpart Chuck Schemer are to meet this week to discuss the details of a trial early next year, despite the House not yet having voted to impeach the president.

The House Rules Committee was meeting on Tuesday in what is expected to be a marathon session to set the parameters for Wednesday’s debate.

They say he abused the power of his office by pressuring Ukraine to investigate Democratic rival Joe Biden ahead of the 2020 election and obstructed US congress by aggressively trying to block the house investigation from its oversight duties as part of the nation’s system of checks and balances.

The president “betrayed the Nation by abusing his high office to enlist a foreign power in corrupting democratic elections,” according to the 650-page report from the House Judiciary Committee.

The report adds that Mr Trump withheld military aid from the ally as leverage, and “by such conduct, has demonstrated that he will remain a threat to national security and the Constitution if allowed to remain in office”.

The report says the president then engaged in an unprecedented attempt to block the investigation and “cover up” his misconduct.

It adds: “In the history of the Republic, no President has ever ordered the complete defiance of an impeachment inquiry.”

Mr Trump, tweeting from the sidelines after instructing the White House not to participate in the House inquiry, insisted he has done nothing wrong.

He has promoted lawyer Rudy Giuliani’s investigation of Mr Biden and a widely debunked theory that it was actually Ukraine, not Russia, that interfered in the 2016 election, a conspiracy-laden idea which other most other Republicans have actively avoided.

“He knows what he’s doing,” Mr Trump said of Mr Giuliani at the White House.

Using the kind of language he has relied on for months, he tweeted on Monday: “The Impeachment Hoax is the greatest con job in the history of American politics!”

As the house prepares for Wednesday’s vote, more than a dozen Democrats announced they would be voting for impeachment. A handful or even fewer are expected to break ranks as Speaker Nancy Pelosi marches the majority towards a vote she hoped to avoid having Democrats take on their own.

One freshman Democrat, Jeff Van Drew of New Jersey, saw several staff members resign on Monday after he said he would vote against impeachment and indicated he was switching parties to become a Republican.

Another Democrat, Collin Peterson, a Minnesota centrist, has not decided how he will vote, his spokeswoman said

As the House is detailing its case against the nation’s 45th president, attention turns to the senate where the top Democrat, senator Chuck Schumer of New York, called for fresh evidence and testimony from key White House officials for the senate impeachment trial.

“What is President Trump hiding?” Mr Schumer said on Monday.

Senate majority leader Mitch McConnell hopes to avoid a drawn-out spectacle in his chamber, though Mr Trump, a former reality TV show host, has signalled that was what he preferred as he sought vindication.

Republicans, who hold the majority in the upper house, are expected to acquit Mr Trump of the charges during a trial starting in January.

In a letter to Mr McConnell, Mr Schumer proposed hearing testimony from former national security adviser John Bolton, acting White House chief of staff Mick Mulvaney and two others as part of a detailed offer he made to Republicans as an opening offer for negotiations.

Several senate Republicans rejected that idea, saying the house should have gone to court to force those witnesses to testify over the White House’s objections if Democrats wanted to hear from them.

The report released by the House Judiciary Committee, a historic marker like those produced during impeachment proceedings for Richard Nixon and Bill Clinton, formally lays the groundwork for the vote.

It outlines the panel’s findings and includes those from the Intelligence Committee’s months-long investigation which was sparked by an anonymous government whistleblower’s complaint about Mr Trump’s July phone call with Ukrainian president Volodymyr Zelenskiy.