Whirlpool advised consumers to unplug affected washing machines and not use them.

by Ben Gelblum
in Consumer, Lifestyle 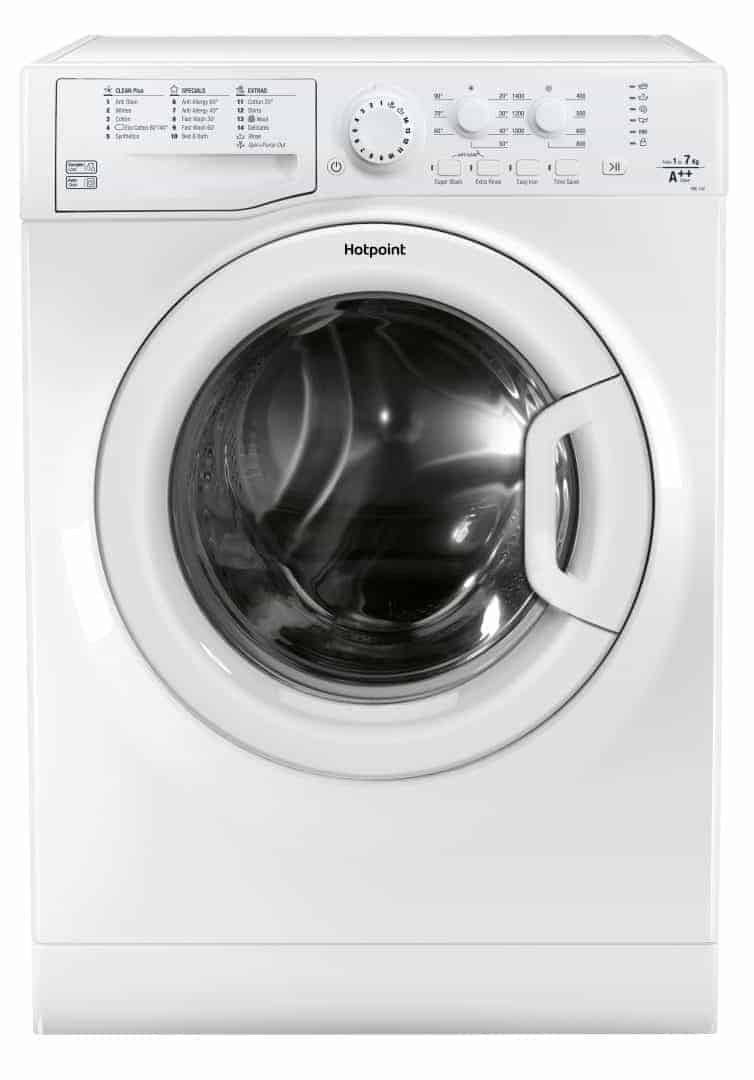 Whirlpool has announced it is to recall hundreds of thousands of fire-risk washing machines just months after it launched a major recall of potentially dangerous dryers.

The firm said as many as 519,000 washing machines sold under the Hotpoint and Indesit brands in the UK between October 2014 and February 2018 could be affected by a flaw with the door-locking system that could lead to them overheating and potentially catching fire.

It has urged owners of appliances bought since 2014 to contact Whirlpool immediately to check if their washing machine is one of the models affected.

Whirlpool said it was working at “full speed” to prepared to officially begin the recall in early January.

In the meantime, it advised consumers to unplug their washing machines and not use them.

Those who chose to continue using their machines should only use cold water cycles of 20C or lower as this significantly reduces the risk, Whirlpool said.

This is because the issue is associated with the washing machine’s heating element being activated during washing cycles above 20C.

Whirlpool Corporation vice president Jeff Noel said: “We sincerely apologise for the inconvenience and concern this may cause to our customers, particularly over the Christmas period, but we hope people will understand that we are taking action because people’s safety is our top priority.

“Preparing for a recall of this scale is a complex operation and we are working tirelessly to ensure we are ready to start offering replacements or repairs to our customers from early January.”

Consumers can check if their washing machine is affected by visiting https://washingmachinerecall.whirlpool.co.uk. This site includes an online model checker tool, as well as a full list of model numbers – see below too.

Alternatively, customers can call Whirlpool’s freephone hotline 0800 316 1442 where an adviser can assist with checking their model and providing further information.

To check if a washing machine is potentially affected, customers will need both the model number and the serial number of the appliance. Both of these codes can be found inside the door, or alternatively on a label on the rear of the appliance.

No serious injuries reported by Whirlpool

Whirlpool said the issue was identified by its safety team, adding that “no serious injuries have been reported”.

Mr Noel added: “This is an issue we inherited from buying Indesit Company, but as the new owner, it is our responsibility to keep our customers safe. We are recalling these products because it is the right thing to do for people’s safety and we will do whatever it takes to put the situation right for our customers.

“By taking actions like this, we are bringing the company we acquired in line with Whirlpool’s industry-leading global safety and quality standards.”

The latest recall comes after the company finally launched a full recall involving 500,000 dryers in July.

The company acted after being criticised for resisting demands for a full recall and instead carrying out a lengthy “safety campaign” that saw 1.7 million products modified instead.

That earlier recall related to certain models of Hotpoint, Indesit, Creda, Swan and Proline dryers built between 2004 and 2015.

In November MPs said it was “extraordinary” that as many as 800,000 of the defective dryers could still remain in people’s homes four years after Whirlpool revealed they were a fire risk.

A Business, Energy and Industrial Strategy (BEIS) Committee investigation into the firm criticised the company for its slow response in modifying or replacing faulty machines while also condemning the firm’s use of non-disclosure agreements (NDAs) to “silence customers”.

Whirlpool had earlier revealed that, in recent years, it had logged 54 fires in its tumble dryers and admitted that three of those were models which had already been modified.

The BEIS committee also expressed concerns, shared by safety organisations, about the safety of Whirlpool’s modification.

The report called on the Government to press ahead with a new review of the safety of Whirlpool’s modification and to investigate other possible sources of fires in Whirlpool’s tumble dryers.

The BEIS report followed Grenfell Tower inquiry chairman Sir Martin Moore-Bick sayng he had “no doubt” that the fire was started by an electrical fault in a Hotpoint fridge-freezer, and dismissed a “fanciful” claim by Whirlpool that the fire could have been sparked by a discarded cigarette.

Which Hotpoint or Indesit washing machines are in the fire-risk recall?

Here is a full list of the models involved in the Whirlpool recall of fire-risk Hotpoint and Indesit branded washing machines.

The models are listed by their commercial code, followed by the brand name.