In the wake of the Covid-19 pandemic, an unknown skywriter reminded residents to wash their hands. 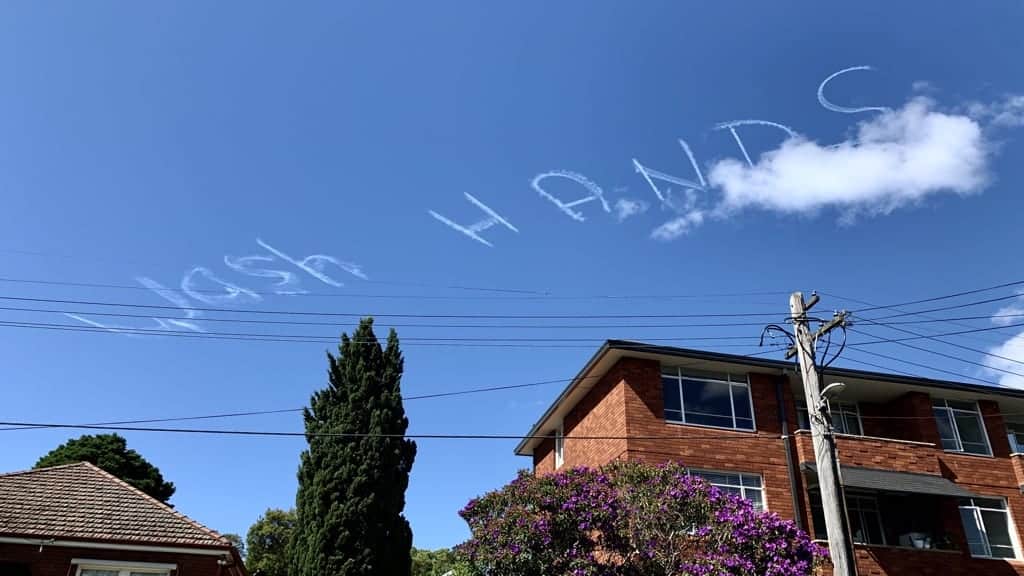 A message encouraging people to wash their hands in the wake of the coronavirus pandemic appeared in the sky over Sydney, Australia, on Thursday.

The writing, spelling “wash hands”, appeared in the sky at around 3pm Australian Eastern time, and was visible over a wide area of Sydney.

Twitter user Chris Dugan took a video at the scene, saying: “A message to Sydney! Wash your hands, ya filthy animals!”

The move was shared on social media to mixed reactions, with one Twitter user commenting: “What a time to be alive.”

The identity of the skywriter behind the message is not yet known.