More than £160 billion was wiped off the value of FTSE 100 companies on Thursday. 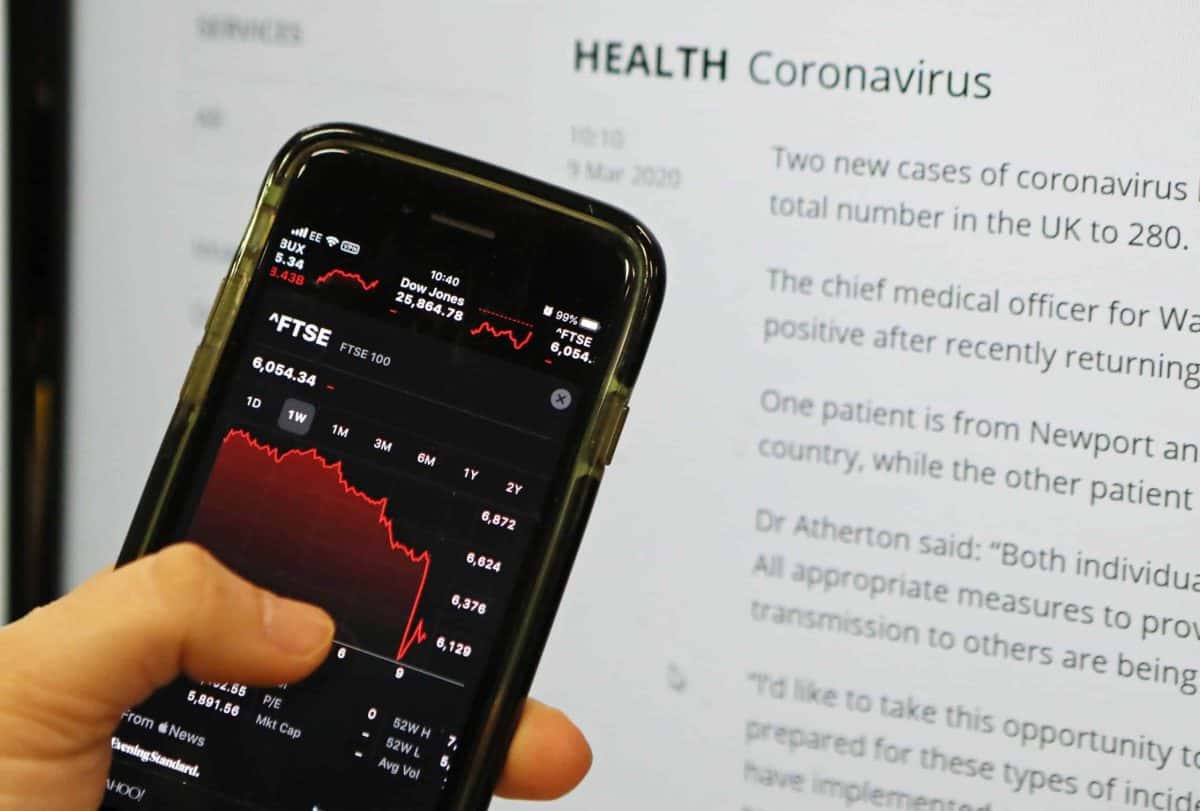 The FTSE 100 has closed the day down by more than one 10th as fears over Covid-19 sparked the index’s worst bloodbath since 1987.

Investors ran scared from London’s shares as the index closed Thursday down by 639.04 points to 5237.48.

It wiped more than £160 billion off the value of the index’s 100 companies, the worst value loss in history in nominal terms, ahead of the £124.7 billion that was lost on Monday.

It is the second worst day in the FTSE’s history, ahead of the 10.84% fall on Black Monday itself.

The index is now at lowest closing point since 2011.

“It is hard to keep coming up with new metaphors for the scale of disaster facing the global markets,” Spreadex analyst Connor Campbell said.

Within moments of opening on Thursday the FTSE 100 was hundreds of points in the red after the World Health Organisation declared a pandemic on Wednesday evening and US President Donald Trump banned travellers from Europe.

But it failed to calm markets as ECB president Christine Lagarde did not mirror her counterparts in the US and UK by cutting interest rates.

It means that the FTSE 100 has now lost more than £543 billion in less than three weeks, a 29% drop, as global markets panic.

“Equities are getting crushed under foot as investors flee to the fire exit, desperately scrambling about for safe havens that feel anything but,” Mr Campbell said.

He added: “The ECB’s stimulus package seemingly only made matters worse.”

Thousands of people have died from coronavirus since the outbreak started in China in late December.

Russ Mould, investment director at AJ Bell said: “Every stock in the FTSE 100 traded in negative territory with miners Evraz and Anglo American at the bottom of the pile with declines upwards of 17%. Ocado, which may benefit from an increase in online grocery orders as people self-isolate, was down just 0.7%.”