The US has recorded 50,700 new cases, according to Johns Hopkins University, as many states struggle to contain the spread of the pandemic. 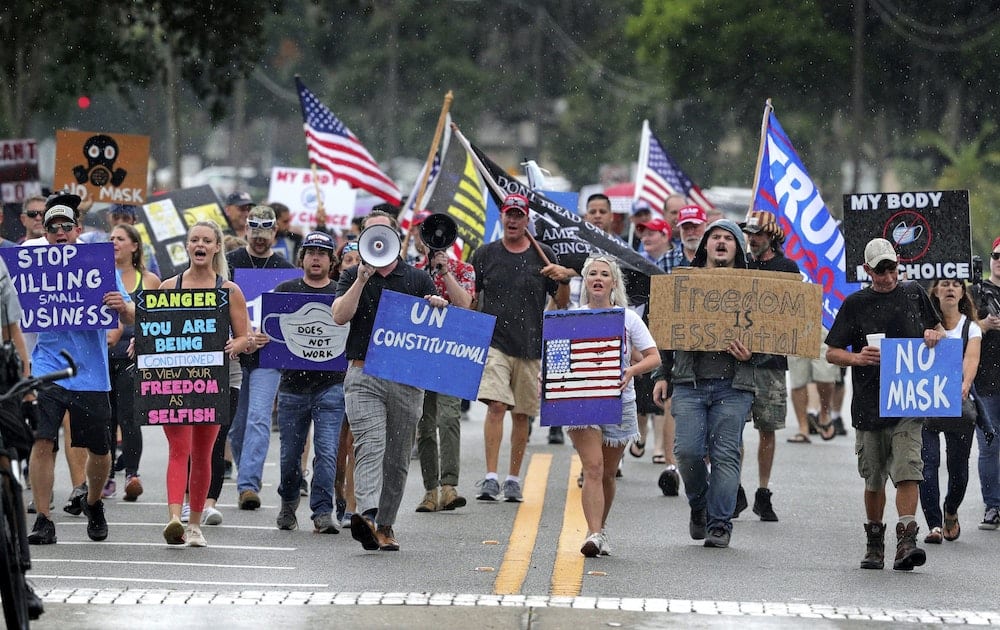 The United States and South Africa have reported record daily coronavirus cases, with US figures surpassing 50,000 a day for the first time.

The US has recorded 50,700 new cases, according to a tally kept by Johns Hopkins University, as many states struggle to contain the spread of the pandemic, blamed in part on Americans not wearing masks or following social distancing rules.

Surging numbers in California have prompted governor Gavin Newsom to announce just ahead of the Fourth of July weekend that he is closing bars, cinemas and indoor restaurant dining over most of the state.

“The bottom line is the spread of this virus continues at a rate that is particularly concerning,” Mr Newsom said.

Confirmed cases in California have increased by nearly 50% over the past two weeks, and Covid-19 hospital admissions have gone up by 43%. Mr Newsom said California had nearly 5,900 new cases and 110 more deaths in just 24 hours.

Cases have been surging in many other states including Florida, Arizona and Texas. Florida recorded more than 6,500 new cases and counties in South Florida were closing beaches to fend off large crowds that could spread the virus further.

“Too many people were crowding into restaurants late at night, turning these establishments into breeding grounds for this deadly virus,” Miami-Dade mayor Carlos Gimenez said.

Despite the fact that the US has the highest number of infections and deaths in the world by far, US President Donald Trump seemed confident the coronavirus crisis would soon subside.

He told the Fox Business news channel: “I think we are going to be very good with the coronavirus. I think that, at some point, that’s going to sort of just disappear, I hope.”

In South Africa on Thursday, authorities reported 8,124 new cases, which was a new daily record. The country has the most cases in Africa with more than 159,000, as it loosens what had been one of the world’s strictest lockdowns.

India, the world’s second most populous country with more than 1.3 billion people, surpassed 600,000 cases on Thursday after more than 19,000 new cases were reported. India has reported nearly 100,000 new cases in the past four days alone.

Many industries and businesses have reopened across the country, and Indians have cautiously returned to the streets. Schools, colleges and cinemas are still closed.

The World Health Organisation says smoking is linked to a higher risk of severe illness and death from coronavirus in hospital patients, although it was unable to specify exactly how much greater those risks might be.