The US president suggested four women of colour in US congress should ‘go back and help fix’ their ‘broken and crime infested countries’. 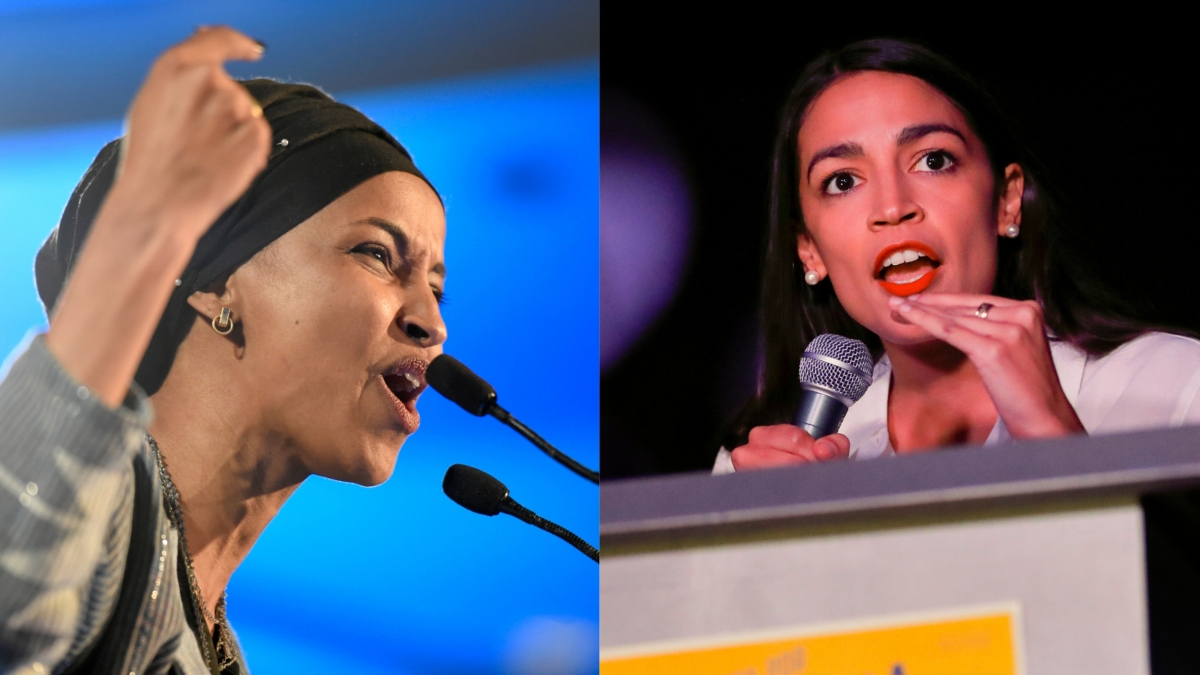 US president Donald Trump has shrugged off sharp criticism over tweets branded as racist in which he said four outspoken liberal congresswomen of colour should “go back and help fix” their “broken and crime infested” countries.

All are US citizens, and only one is foreign-born.

In a tweet on Sunday night, Mr Trump said it was “so sad” to see Democrats supporting the women.

While Mr Trump did not name the four, he is almost certainly referring to congresswomen Alexandria Ocasio-Cortez of New York, Ilhan Omar of Minnesota, Ayanna Pressley of Massachusetts and Rashida Tlaib of Michigan. Only Ms Omar, from Somalia, is foreign-born.

Ms Ocasio-Cortez tweeted in reply: “You are angry that people like us are serving in Congress and fighting against your hate-filled agenda.”

She also said that Mr Trump “can’t conceive of an America that includes us”. Addressing the president directly, she said: “You rely on a frightened America for your plunder.”

Ms Omar tweeted at the president: “You are stoking white nationalism (because) you are angry that people like us are serving in Congress and fighting against your hate-filled agenda.”

Mr Trump sought to insert himself further into a rift between Ms Pelosi and Ms Ocasio-Cortez, just two days after he offered an unsolicited defence of the Democratic speaker.

Ms Pelosi has been seeking to minimise Ms Ocasio-Cortez’s influence in the House Democratic caucus in recent days, prompting Ms Ocasio-Cortez to accuse Ms Pelosi of trying to marginalise women of colour.

“She is not a racist,” Mr Trump said of Ms Pelosi on Friday.

However, on Sunday, Mr Trump’s tone took a turn.

He wrote: “So interesting to see ‘Progressive’ Democrat Congresswomen, who originally came from countries whose governments are a complete and total catastrophe, the worst, most corrupt and inept anywhere in the world (if they even have a functioning government at all), now loudly and viciously telling the people of the United States, the greatest and most powerful Nation on earth, how our government is to be run.

“Why don’t they go back and help fix the totally broken and crime infested places from which they came. Then come back and show us how it is done.”

He added: “These places need your help badly, you can’t leave fast enough. I’m sure that Nancy Pelosi would be very happy to quickly work out free travel arrangements!”

The attacks may have been meant to widen the divides within the Democrat caucus, which has been riven by internal debate over how far left to go in countering Mr Trump and over whether to proceed with impeachment proceedings against the president.

Instead, the president’s tweets brought Democrats together.

Senator Elizabeth Warren, a Democratic presidential candidate, tweeted: “Let’s be clear about what this vile comment is: A racist and xenophobic attack on Democratic congresswomen.”

Another 2020 contender, former Texas representative Beto O’Rourke, tweeted at the president: “This is racist. These congresswomen are every bit as American as you – and represent our values better than you ever will.”

Few Republicans weighed in on the president’s comments. Congressional leaders, including senate majority leader Mitch McConnell, did not respond to requests for comment, nor did senator Tim Scott of South Carolina, the only Republican black senator.

Mr Trump appeared unbowed on Sunday night when he returned to Twitter to say it was “so sad” to see Democrats sticking up for the women.

He wrote: “If the Democrat Party wants to continue to condone such disgraceful behavior, then we look even more forward to seeing you at the ballot box in 2020!”

Ms Ocasio-Cortez, who is of Puerto Rican descent, was born in the Bronx, New York, and raised in suburban Westchester County.

Ms Pressley, the first black woman elected to the US house from Massachusetts, was born in Cincinnati.

Ms Omar, the first Somali native elected to congress and one of its first Muslim women, was born in Somalia but spent much of her childhood in a Kenyan refugee camp as civil war tore apart her home country.

She immigrated to the United States at age 12, teaching herself English by watching American TV and eventually settling with her family in Minneapolis.

Ms Tlaib was born in Detroit.