Corinne Torre, head of Doctors Without Borders in France, said that police lifted tents with migrants inside, shaking them until they tumbled to the ground. Those who resisted were kicked or beaten with batons. 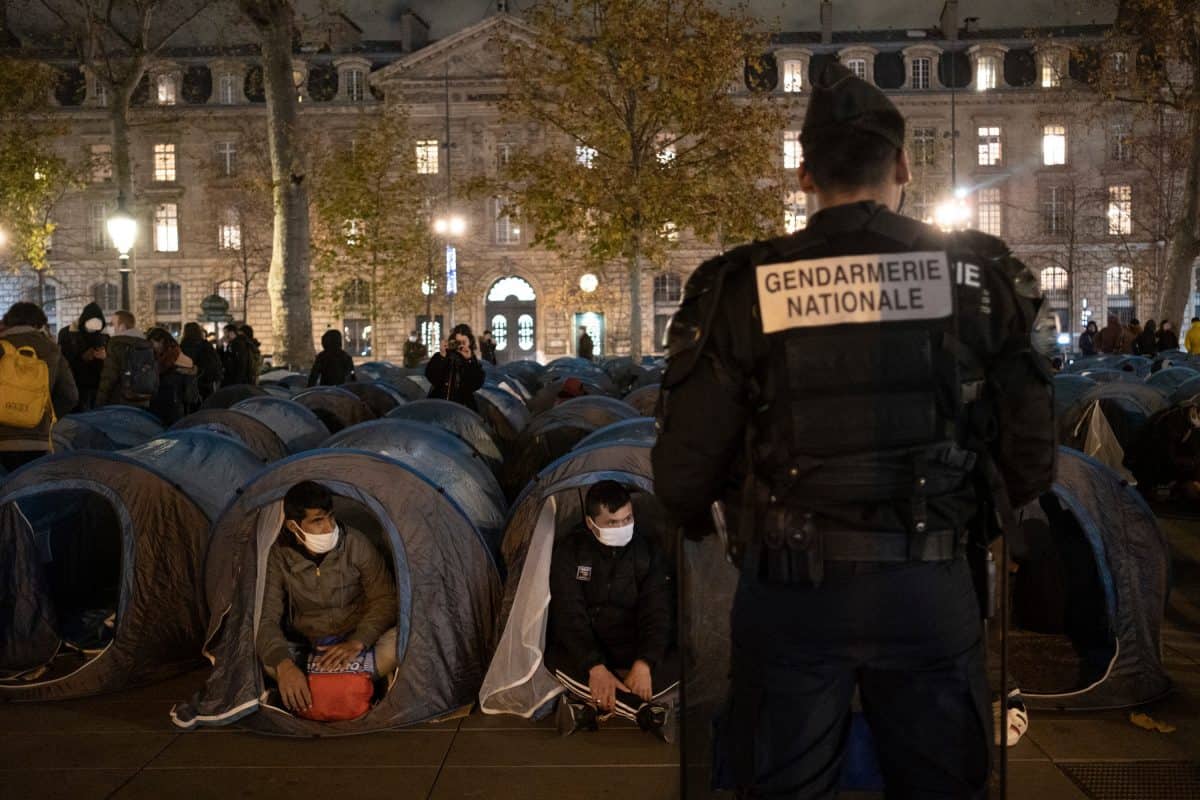 France’s interior minister ordered an internal police investigation after officers were filmed tossing migrants out of tents while evacuating a protest camp in Paris.

Aid groups and the government were working to find temporary lodging for hundreds of migrants forcibly removed from the short-lived camp on the Place de la Republique in eastern Paris on Monday night.

The evacuation drew nationwide attention amid tensions over a draft law beefing up police powers that goes to a vote in France’s lower house of parliament on Tuesday.

Interior minister Gerald Darmanin acknowledged that some images of the evacuation filmed by journalists and activists were “shocking” and ordered an internal police investigation into “certain incidents”, promising to make the results public.

Corinne Torre, head of Doctors Without Borders in France, said that police lifted tents with migrants inside, shaking them until they tumbled to the ground. Those who resisted were kicked or beaten with batons.

The Paris police headquarters said the Republique camp was evacuated because it was illegal.

They added that they “invited” the migrants to seek lodging elsewhere offered by the state or aid groups.

Aid groups and Paris legislators said they set up the tents to call attention to the plight of hundreds of migrants who were kicked out of another camp in the shadow of France’s national stadium last week. Many have been sleeping in the streets since then for lack of other options.

Most of the migrants are believed to be from Afghanistan, Somalia and Eritrea.

Ms Torre said that some have been refused asylum while others are in bureaucratic limbo while they try to apply.

The rough evacuation came the day before France’s parliament prepares to vote on a draft law meant to expand police powers and offer them greater protection.

The law will notably make it a crime to publish images of police officers with intent to cause them harm, a measure that has prompted repeated protests by civil liberties campaigners and media freedom groups.