China maintains tight control over all information and condemns criticism of its ruling Communist Party. 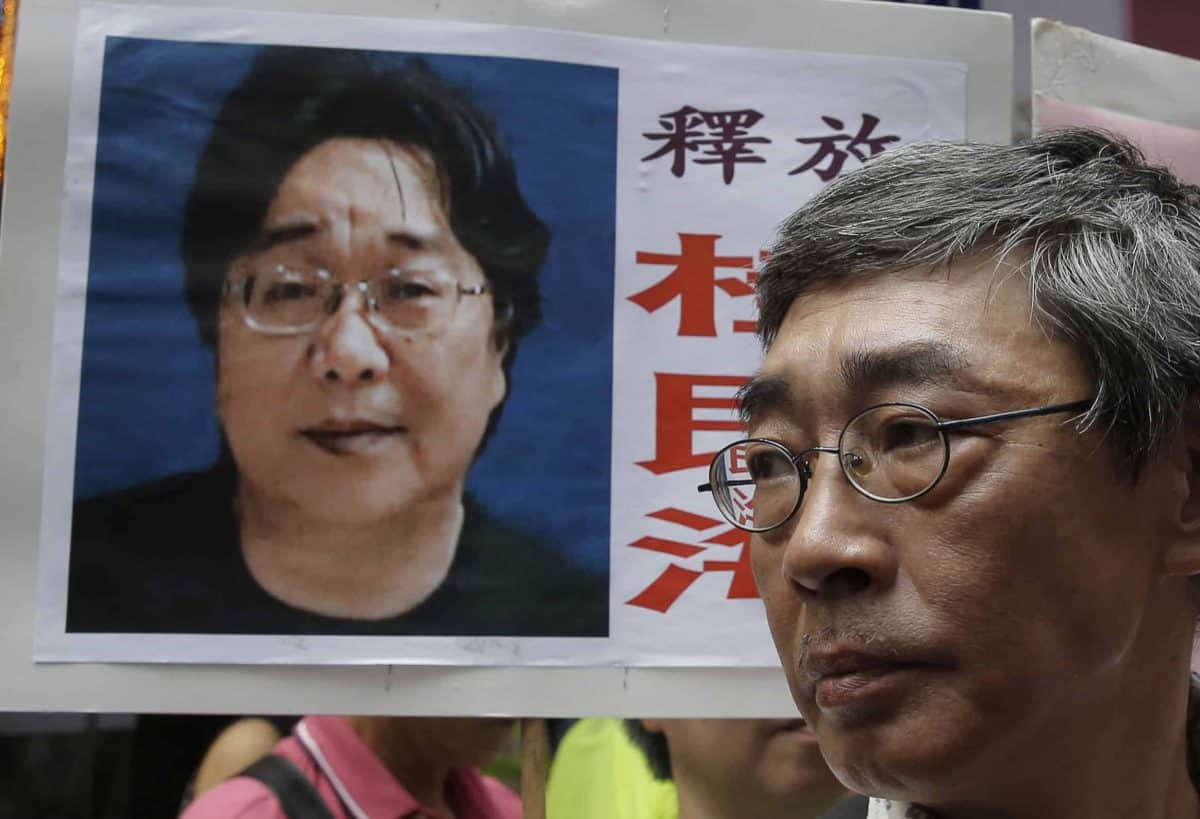 A picture of missing bookseller Gui Minhai is shown on a placard beside freed Hong Kong bookseller Lam Wing-kee, as the protesters are marching to the Chinese central government's liaison office in Hong Kong. A court in eastern China announced Tuesday, Feb. 25, 2020, that it has sentenced Gui, a naturalized Swedish citizen, to 10 years in prison. (AP Photo/Kin Cheung, File)

A court in eastern China has sentenced a bookseller who took a sceptical look at the ruling Communist Party to 10 years in prison.

The Ningbo Intermediate People’s Court announced that it has sentenced Gui Minhai, a naturalised Swedish citizen.

Gui admitted to his crime, agreed with the sentence and will not appeal, the court said.

For years, Gui sold books about Chinese leaders in the semi-autonomous Chinese city of Hong Kong.

He first disappeared in 2015, when he was believed to have been abducted by Chinese agents from his seaside home in Thailand.

China maintains tight control over all information and condemns criticism of its ruling Communist Party.

It has detained scores of lawyers, writers and public intellectuals. In recent months, police have reprimanded medical workers who warned about the ongoing outbreak of a new virus that originated in the Chinese city of Wuhan.

Amnesty International’s China researcher Patrick Poon said the verdict demonstrated that “the Chinese authorities are not letting the coronavirus crisis distract them from repressing dissidents”.

“Despite the authorities’ claim that Gui has somehow handed over ‘intelligence’ while in their custody, the reason for his targeting almost certainly relates to his attempted trip to Beijing with two Swedish diplomats in 2018,” Mr Poon said in an emailed statement.

The court claims that Gui, who was born in Ningbo, applied to reinstate his Chinese citizenship in 2018.

That would mean renouncing his Swedish citizenship, as China does not officially allow dual citizenship.

Four other people who worked for the same publishing company also went missing around the time of Gui’s detention, only to turn up months later in police custody in mainland China. Gui is the only one who remains in detention.

He was initially released into house arrest in Ningbo, then police detained him once again while he and two Swedish diplomats were on a train together bound for Beijing.

She stressed that Sweden was not informed about the trial and that the country will use “all diplomatic tools” to protest.

“We got no information that this was going on and had not had access to either the trial or been allowed to see the charges,” Ms Linde told SVT.

“This is not at all in line with how diplomatic consular work is going. We have the right to gain access to Swedish citizens. We have demanded it, but didn’t get it.”

Gui’s arrest has been a source of friction between Beijing and Stockholm. In November, Sweden’s culture minister awarded the bookseller the annual Tucholsky literary prize despite a threat from the Chinese ambassador to ban her from entering the country.

Standing next to Gui’s empty seat at a ceremony in Stockholm, Culture Minister Amanda Lind said it was “crucial for culture and democracy that artists and authors can work freely”.

Human rights groups have repeatedly accused China of extracting forced confessions from individuals it perceives to be opponents of the Communist Party’s rule.