The attacks against the satirical paper and a kosher supermarket in Paris days later touched off a wave of killings claimed by IS across Europe. 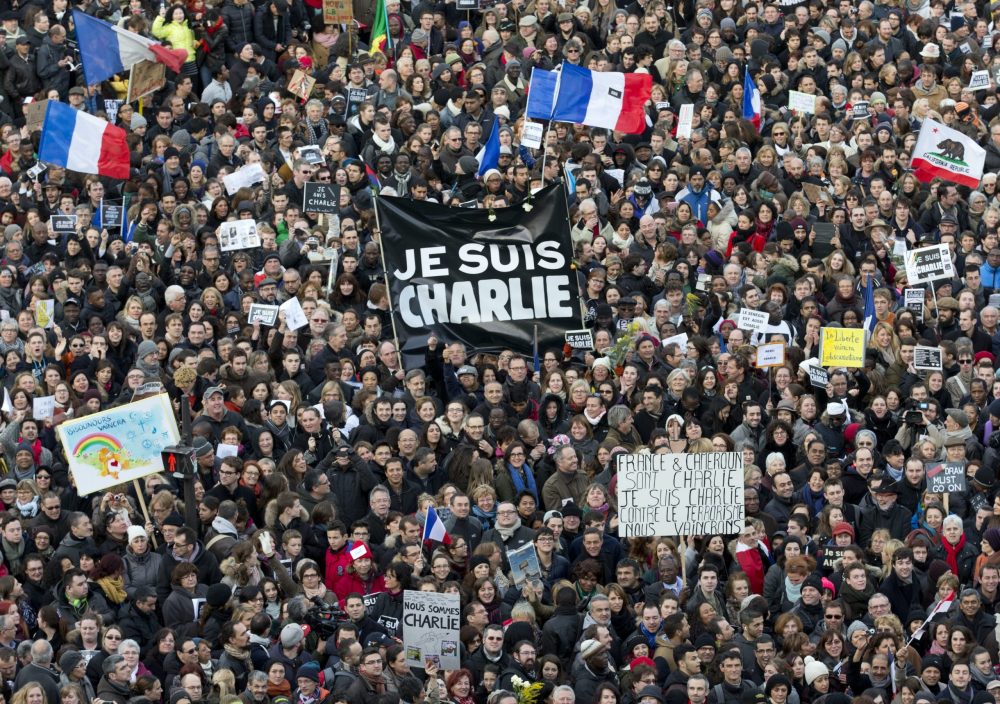 The French satirical paper whose Paris offices were attacked by Islamic extremists in 2015 has reprinted caricatures of the Prophet Mohammed cited by the gunmen who opened fire on its editorial staff.

The January 2015 attacks against Charlie Hebdo and, two days later, a kosher supermarket touched off a wave of killings claimed by so-called Islamic State across Europe.

Seventeen people died – 12 of them at the editorial offices – along with all three attackers.

Thirteen men and a woman accused of providing the attackers with weapons and logistics go on trial on terrorism charges on Wednesday.

In an editorial this week accompanying the caricatures, the paper said the drawings “belong to history, and history cannot be rewritten nor erased”.

As the attackers, brothers Cherif and Said Kouachi, walked away from the carnage, they cried out: “We have avenged the Prophet.”

Claiming the attacks in the name of al Qaida, they then killed a wounded policeman point-blank and drove away.

Two days later, a prison acquaintance of theirs stormed a kosher supermarket on the eve of the Jewish Sabbath, killing four hostages and claiming allegiance to IS.

The Kouachi brothers had by then holed up in a printing office with another hostage.

The caricatures republished this week were first printed in 2006 by the Danish newspaper Jyllands Posten, setting off sometimes violent protests by Muslims who believe depicting Mohammed is blasphemy.

The paper’s Paris offices were firebombed in 2011 and its editorial leadership placed under police protection, which remains in place to this day.

Laurent Sourisseau, the paper’s director and one of the few staff to have survived the attack, named each of the victims in a foreword to this week’s edition.

“Rare are those who, five years later, dare oppose the demands that are still so pressing from religions in general, and some in particular,” wrote Mr Sourisseau, who is also known as Riss.