Several police officers were injured after unrest in Malmo. 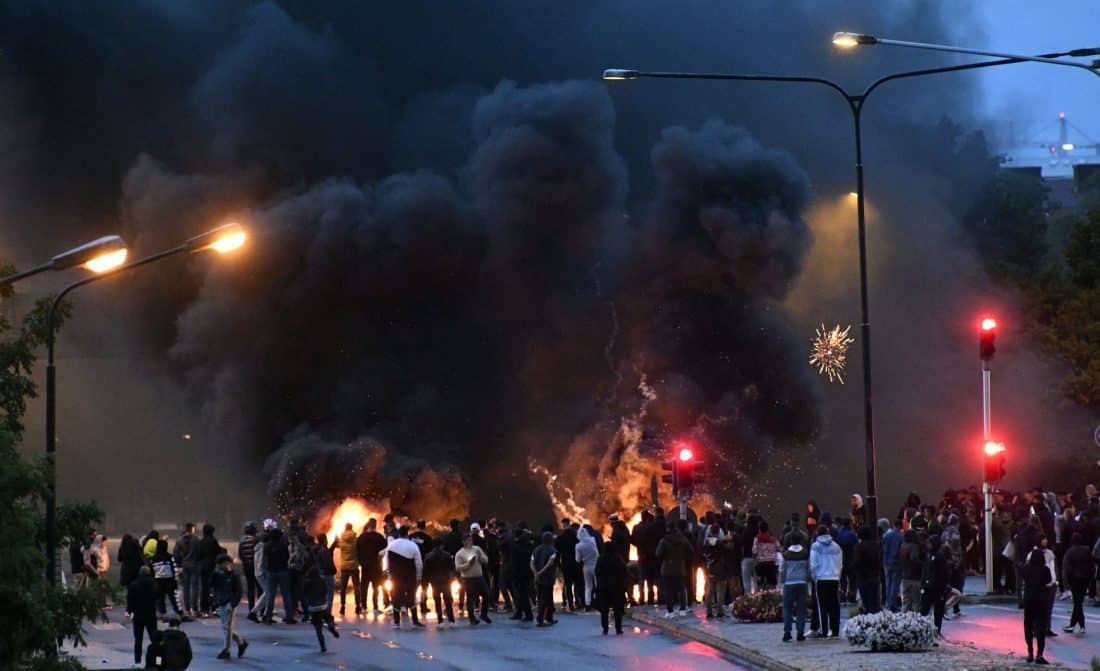 Far-right activists have burned a Koran in the southern Swedish city of Malmo, sparking riots and unrest after more than 300 people gathered to protest.

Rioters set fires and threw objects at police and rescue services on Friday night, slightly injuring several police officers and leading to the detention of about 15 people.

The violence followed the burning of a Koran on Friday afternoon, near a predominantly migrant neighbourhood, carried out by far-right activists and filmed and posted online, according to the TT news agency.

Later, three people were arrested on suspicion of inciting hatred against an ethnic group after kicking the Muslim holy book.

Regarding the reactionary riots, a Malmo police spokesperson said last night: “We don’t have this under control but we are working actively to take control.

“We see a connection between what is happening now and what happened earlier today.”

The Koran was burnt in reaction to the arrest of a far-right Danish politician.

Rasmus Paludan, leader of the extreme right-wing party Hard Line, had been denied permission to hold a meeting in Malmo.

Police spokesman Calle Persson said they suspected Paludan was going to break the law if he was let into Sweden.

“There was a risk that his behaviour… would pose a threat to society,” he said.