The push by hundreds of would-be migrants is a challenge to Donald Trump’s plans to stop more entries to the US. 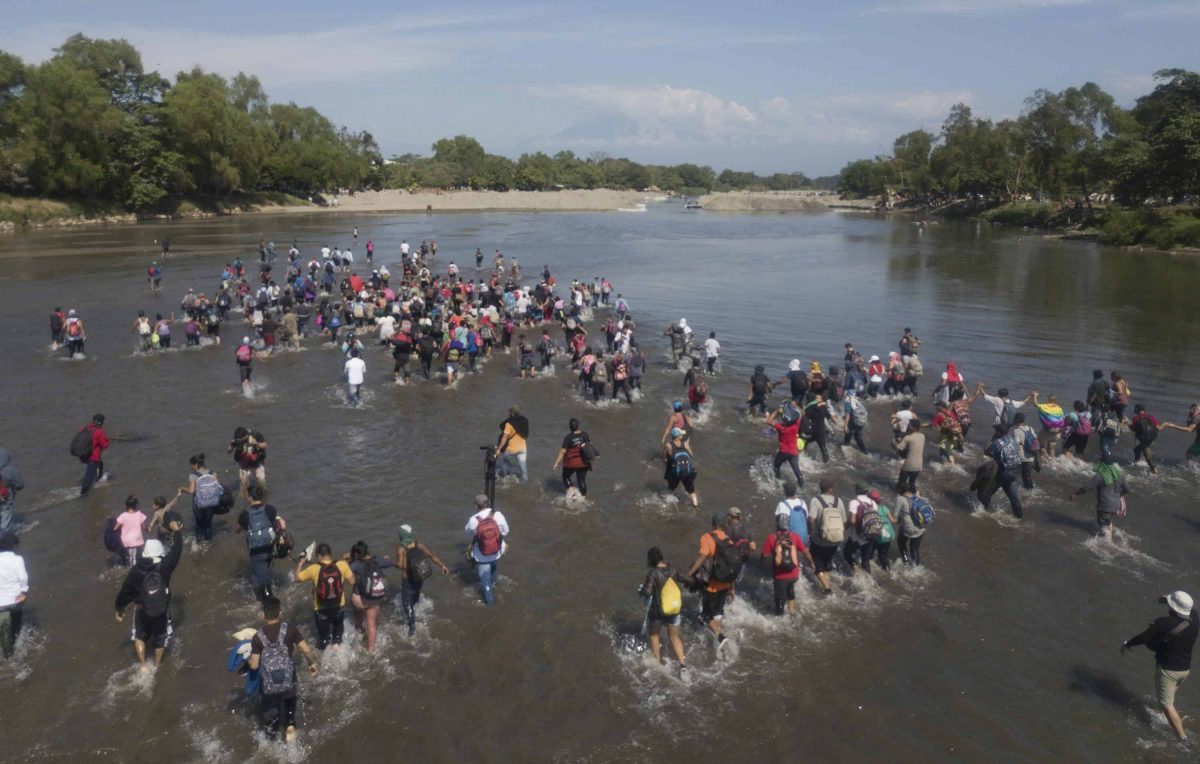 Hundreds of Central American migrants were stranded on the river border between Guatemala and Mexico on Monday after being stopped by Mexican National Guard troops preventing them from entering the country en route to the United States.

Naked children played amid sand and rubbish as clothing and shoes hung from the trees to dry along the Suchiate River, normally a porous waterway plied all day by rafts ferrying people and goods. Migrants bedded down under blankets on the banks or dry sections of the riverbed.

The path forward was blocked on Monday by Mexican troops with riot shields. Around 100 National Guard agents continued to form a barrier with anti-riot gear into the night, but for most migrants a return home to impoverished and gang-plagued Honduras was unthinkable.

“We are in no-man’s land,” said Alan Mejía, whose two-year-old son was cradled in his arms clad only in a diaper as his wife and 12-year-old son stood nearby.

Mr Mejía said he had joined in five previous migrant caravans but never made it past the Mexican city of Tijuana, on the country’s border with the US.

Unlike with many previous such caravans, there was no sign of humanitarian aid arriving for those stuck at the river.

Throngs waded across the Suchiate into southern Mexico on Monday hoping to test US President Donald Trump’s plan to keep Central American migrants away from the US border.

The push also challenged Mexico’s ramped-up immigration policing that began last year in response to threats of economic tariffs from Mr Trump, a change that effectively snuffed out the last caravan in April.

Some would-be migrants scuffled with National Guard troops on the riverbank while others slipped through the lines and trudged off on a rural highway, with most taken into custody later in the day. Still others were taken into custody on the spot or chased into bushland. Some migrants hurled rocks at police, who huddled behind their plastic shields and threw some of the rocks back.

Most of the migrants, however, stayed at the river’s edge or stood in its waters trying to decide their next move after being blocked earlier in the day from crossing the bridge linking Tecun Uman, Guatemala, with Ciudad Hidalgo, Mexico.

In an approach that developed after the first migrant caravan in late 2018, Mexican officials seem to be succeeding in their effort to blunt large-scale incursions by breaking up the mass of people repeatedly and into increasingly smaller groups. Over the weekend, government officials convinced about 1,000 people they should enter legally via the bridge.