Daphne Caruana Galizia died in a car bombing in 2017. 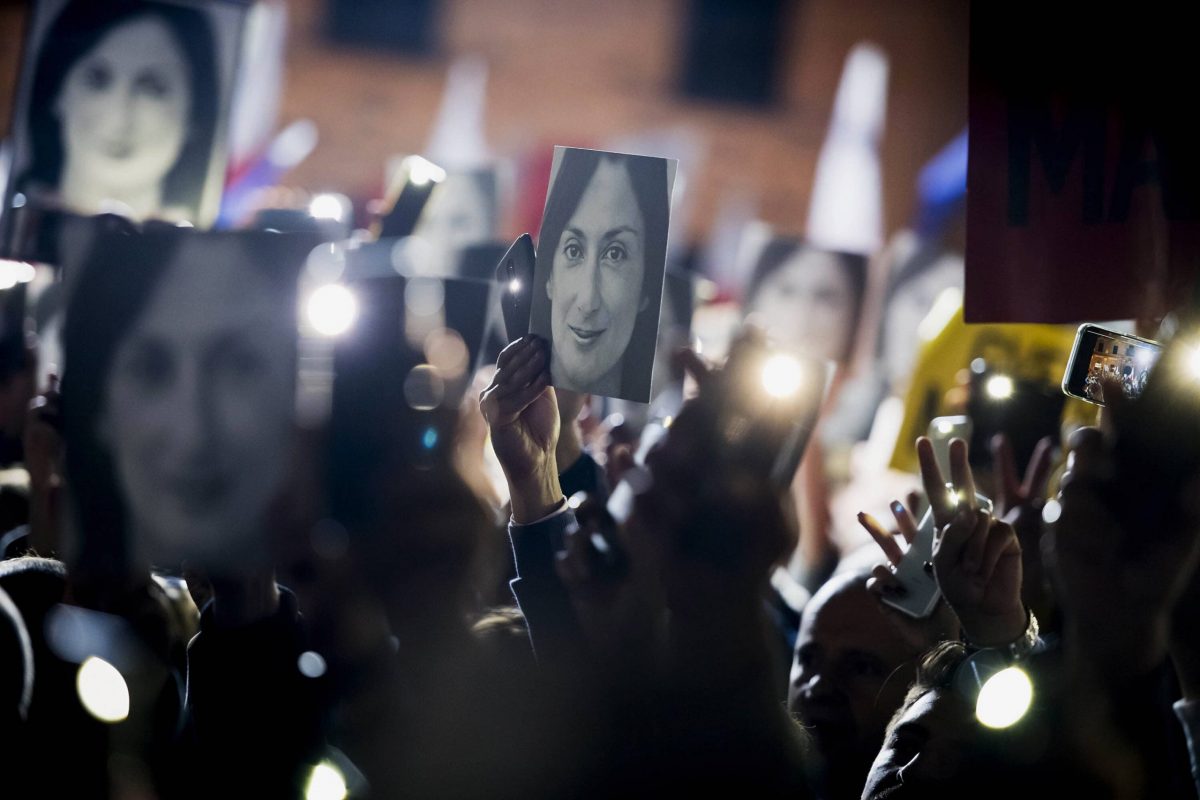 People hold pictures of slain journalist Daphne Caruana Galizia as they protest outside the office of the Maltese Prime Minister Joseph Muscat, calling for the resignation of Muscat, in Valletta, Malta., Friday, Nov. 29, 2019. The family of the journalist who was killed by a car bomb in Malta is urging Muscat to resign, after his former chief aide was released from jail in a probe aimed at finding the mastermind of the 2017 murder. (AP Photo/Rene Rossignaud)

Maltese prosecutors have charged a prominent local businessman as being an accomplice to the murder of anti-corruption journalist Daphne Caruana Galizia in a 2017 car bombing on Malta.

Yorgen Fenech, a hotelier and former director of the Maltese power company, was also charged in a court hearing on Saturday night with being an accomplice to causing the explosion that killed the 53-year-old as she drove near her home.

Magistrate Audrey Demicoli asked Fenech to enter pleas. He replied that he was pleading not guilty, and he was remanded in custody.

The reporter’s family has alleged Fenech has ties to close associates of Prime Minister Joseph Muscat, including his recently resigned chief of staff.

It is not clear if Mr Muscat will now resign amid increasing calls for him to do so by citizens on the island, including from Ms Caruana Galizia’s family.

Mr Muscat, in power since 2013, has said he will speak after the investigative case is complete.

Ms Caruana Galizia’s sister Corinne Vella said after the charges were announced: “What we now expect is the prime minister to leave office and to leave parliament.”

Ms Vella also called for Mr Muscat and his former chief of staff, Keith Schembri, to be “properly investigated” for their “possible involvement in Daphne’s assassination”.

Mr Schembri quit his government post this week. He was taken into custody for questioning but later released.

Two of Mr Muscat’s ministers were also questioned in the case and have resigned. They, along with Mr Schembri, have said they are innocent of wrongdoing.

Ms Caruana Galizia wrote shortly before her death that corruption was everywhere in political and business circles in the tiny EU nation.

An alleged go-between in the bombing has received immunity from prosecution for alerting authorities to Fenech’s purported involvement.

Three men have been in jail as the alleged bombers, but no trial date for them has been set.