“I’ve been working in the intensive care ward for 20 years, and I didn’t want to put my in-laws through the psychological strain of separation. Plus, there was already a lot of pressure on the health service,” 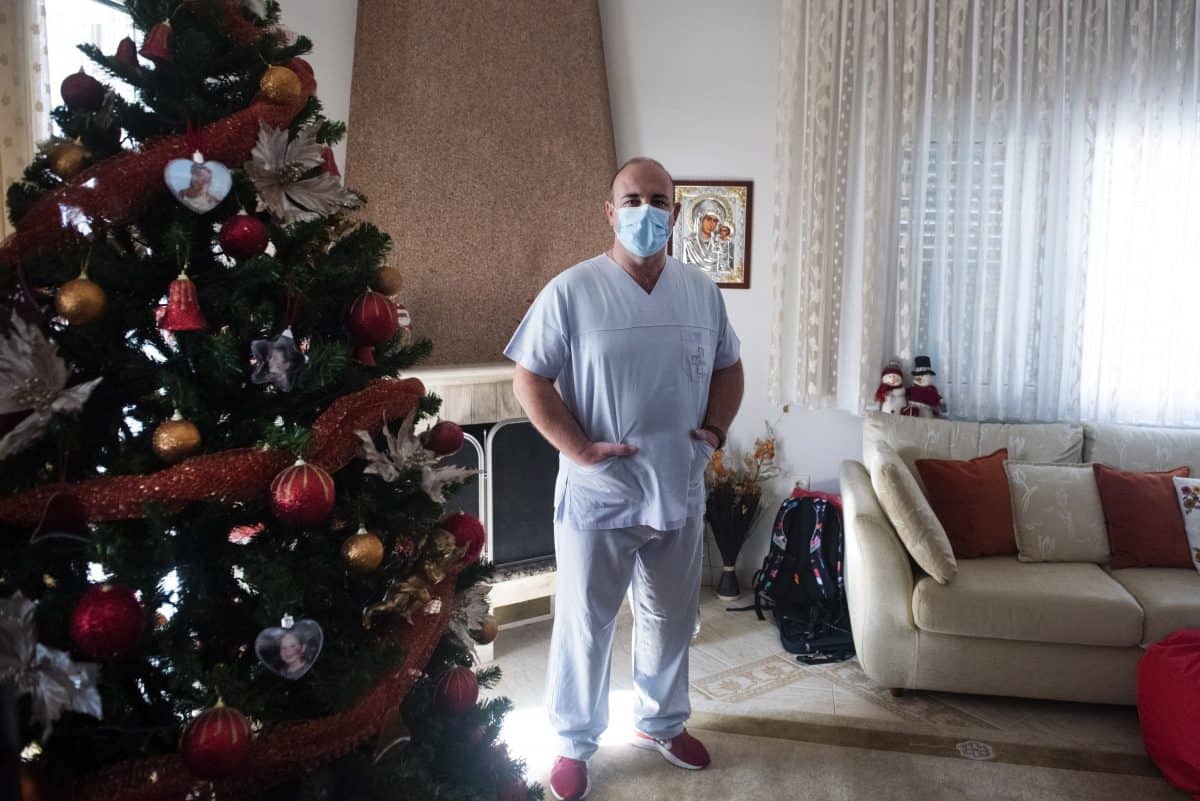 A veteran critical care nurse in Greece who did not feel good about the treatment options available when his wife, both her parents and her brother got Covid-19 in alarming succession decided to look after them himself at home.

Hospitals in the city of Thessaloniki were overwhelmed, and with intensive care units (ICU) filling up, patients were being transferred to other parts of the country.

Since he had to quarantine anyway and could not go to work once his relatives tested positive for the virus, Gabriel Tachtatzoglou decided to put his ICU experience to use at home.

His mother-in-law thinks that he saved their lives in the makeshift unit he set up.

“If we had gone to the hospital, I don’t know where we would have ended up,” said Polychoni Stergiou, the nurse’s 64-year-old mother-in-law. “That didn’t happen, thanks to my son-in-law.”

Mr Tachtatzoglou set up the makeshift ICU in the downstairs apartment of his family’s two-storey home in the village of Agios Athanasios, located about 20 miles from the city. He rented, borrowed and modified the monitors, oxygen delivery machines and other equipment his loved ones might need.

He also improvised. Out of a hat stand, he fashioned an IV bag holder. At one point, the repurposed pole supported four bags dispensing antibiotics, fluids to address dehydration and fever-reducing medicine.

“I’ve been working in the intensive care ward for 20 years, and I didn’t want to put my in-laws through the psychological strain of separation. Plus, there was already a lot of pressure on the health service,” Mr Tachtatzoglou said.

In most countries, doctors and nurses are discouraged from treating close relatives and friends on the theory that emotional bonds could cloud their judgment and affect their skills. Mr Tachtatzoglou says he remained in daily contact with doctors at Papageorgiou Hospital, the overwhelmed facility where he works, while caring for his sick family members, and that he would have taken any of the four to hospital if they needed to be intubated.

“I looked after them up until the point where it would pose no danger,” he said. “At all times, I was ready to move them to the hospital, if needed.”

Greece, which has a population of 10.7 million, spent the first phase of the coronavirus pandemic with some of the lowest infection rates in Europe. As cold weather set in, the number of confirmed cases and virus-related deaths began doubling.

With ICU wards in Thessaloniki pushed to capacity, Covid-19 patients deemed too sick to wait for a bed were taken to hospitals in other parts of Greece. Meanwhile, the situation for Mr Tachtatzoglou’s family deteriorated as his wife and in-laws fell ill in alarming succession.

Mr Tachtatzoglou said he agonised constantly over whether to transfer his relatives to hospitals in Thessaloniki, knowing it would mean they would not be able to see each other and might get moved to a hospitals further away.

“We were reduced to tears. There were times when I was desperate, and I was really afraid I would lose them,” the nurse said.

They all pulled through, although Mr Tachtatzoglou eventually became infected with the virus himself.

“I took precautions when I treated them, but I didn’t have the personal protection gear you find in hospitals,” he said. “That’s probably how I got sick.”