Qamar Gul said she and her brother, who had been asleep when the attack started, each grabbed a gun their father had kept in the house. 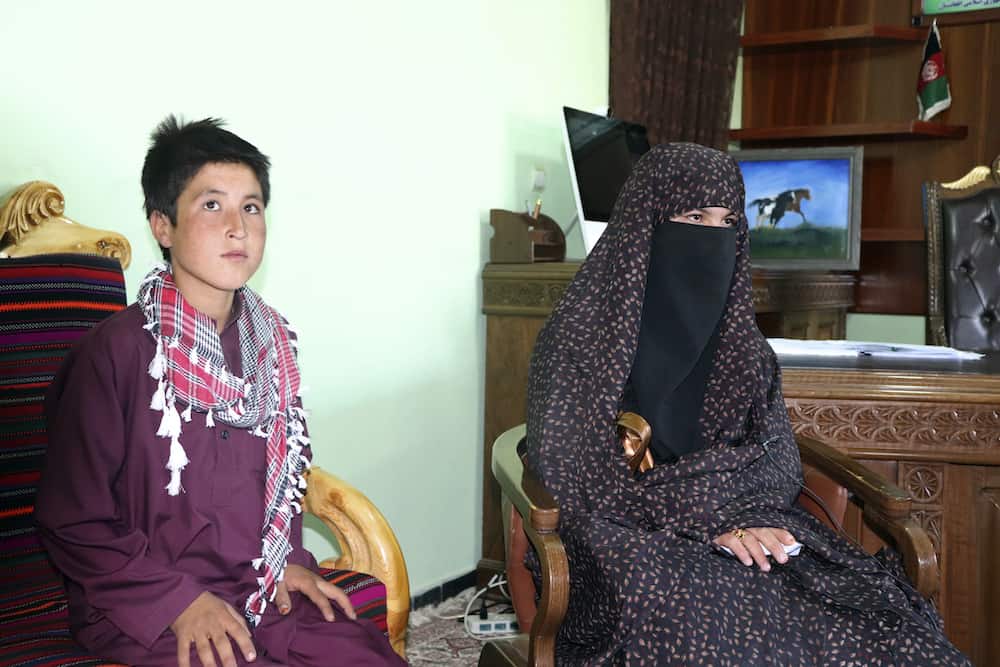 Qamar Gul, 16, right, and her brother Habibullah, 12, left, poses for photograph in the governor house of Ghor province western of Afghanistan, Tuesday, July 21, 2020. A 16-year old Afghan girl who killed Taliban who attacked and killed her parents in western Ghor province has become a local hero. (AP Photo)

An Afghan teenager and her younger brother are being hailed as heroes after reportedly fighting off Taliban militants who killed their parents during a gun attack last week in central Afghanistan.

Following the attack and the social media attention the incident triggered, the children were being brought to the capital Kabul to meet Afghan President Ashraf Ghani.

Arif Aber, spokesman for the governor of Ghor province where the incident took place, said 16-year-old Qamar Gul and her younger brother, 12-year-old Habibullah, are modern-day champions in the fight against the Taliban.

According to reports, dozens of Taliban fighters stormed the village of Geriveh in the Taywara district where Gul and her brother were living with their parents.

It was not clear what the reason for the raid was; some reports said the Taliban came to extort “taxes” from the villagers.

During the raid, three of the insurgents burst into the family’s home, grabbed and pulled Gul’s parents outside.

The Taliban “took both my father and mother out and shot them in front of my eyes”, Gul told reporters at the governor’s office in Feroz Koh, the provincial capital.

The teenager recounted how she and her brother, who had been asleep when the attack started, each grabbed a gun their father had kept in the house and started shooting.

“I had no choice but to take my father’s gun and fire on them,” she said.

“Two were killed and another of them was wounded.”

She said she kept shooting until the other villagers came, at which point the Taliban fled.

Why Gul’s parents were targeted remains unclear, said Mr Aber, who described the children’s father as a government supporter who had in the past stood up to Taliban tax collectors who plundered the villages.

He said the Taliban last week attacked a checkpoint belonging to the pro-government militias in Taywara.

Two of their fighters were wounded in the gun battle with local forces, he said.

Taywara is under government control but has not been immune to Taliban incursions in the past, Mr Aber said.

Fearing another attack that would target the children, the authorities moved them to Feroz Koh.

Meanwhile, a photograph of Gul holding an AK-47 – presumably her father’s – has gone viral, triggering a flurry of praise and admiration for the teenager.

The Taliban have stepped up attacks across Afghanistan despite signing a peace deal with the United States in February.

That agreement was intended to pave the way for talks between the insurgents and the government in Kabul, leading to an end to decades of war.

Those talks were supposed to begin this month, but the process has stalled over the implementation of a prisoner release detailed in the US-Taliban deal.