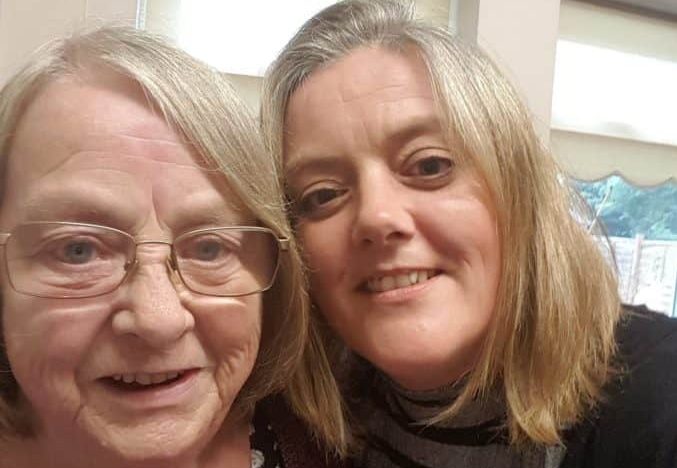 A furious woman says her elderly mother was persuaded by a GP into agreeing that if she falls ill with C19 she would not call an ambulance – and simply die at home.

Maggie Ilsley issued a warning to others in a scathing post online – adding that the ordeal had left her “sickened beyond words”.

She said her mother Margaret Emerson, 74, had been contacted by her doctor out of the blue last week and taken through a questionnaire.

But it wasn’t until the end she realised she had just agreed to waive emergency treatment if she contracted COVID-19 and “die at home” instead.

Mrs Emerson already suffers from chronic obstructive pulmonary disease (COPD) so has been classed as vulnerable and is self-isolating.

Daughter Maggie claims that the decision was framed for her mother as a choice between dying alone in hospital or at home.

She added that it was also unclear whether Mrs Emerson had “signed her life away regardless” – asking if an ambulance would arrive for a non-coronavirus incident.

The call was placed by her mother’s doctor at a surgery in Yate, Glos.

She said: “She had no warning about the call, and no idea what it was really about until it began to dawn on her from the questions the doctor was asking her.

“It was about what kind of care would she receive, and she signed that she’s not going to have an ambulance called out.

“It was framed for her as a choice between dying alone in hospital, or dying at home with her family there.”

She wrote: “My mum (74 and on the extremely vulnerable list) had a phone call late today when she was on her own from her GP.

“She’s too upset to talk about it atm BUT has unwittingly with no time to think answered a whole realm of questions resulting in her medical records being updated to state that were she to get covid 19 she will NOT go to hospital and will NOT be receiving any treatment?!!!!

“The GP even confirmed that her responses were being entered onto the system and that the hospitals and ambulances would have access to them and know not to attend to her.

“How on earth?? I’m sickened beyond words.

“Why are our GPs phoning our elderly vulnerable loved ones unannounced with absolutely no forewarning, no time to think, no time to talk things through with loved ones, no breathing space to make sure they understand the implications of what they’re being asked..with a list of questions aimed at them going on record there & then to refuse treatment and even an ambulance in the event they get covid19???

“How can that be morally right and allowed to happen?! What has our society come to??

“How can they phone vulnerable people out the blue and ask if they’d rather die at home than alone in hospital?? Wtaf?!

“Are they trying to guilt trip or trick our extremely vulnerable loved ones, who may have no idea and be totally alone and caught off guard, into sacrificing themselves for those “they” deem more worthy?????

“This is so wrong. On so many levels.

“And – How would they know my mum even had covid 19 if they’re only testing on hospital admission?

“Has she just been asked to sign her life away, die at home in isolation, regardless?! I don’t know how I’m going to sleep tonight.

“Our vulnerable need protecting now!!!! This is beyond scandalous.

“[My mum] has COPD & heart disease but has been living with these conditions for almost 20 years.

“She does not have or require home oxygen and manages her condition with medication. She lives alone and is totally independent.

“She’s following guidelines and is living in self isolation. She’s the rock that holds our family together. You will never meet such a selfless woman.”

Authorities have said health workers should not be using coronavirus as an excuse to ask vulnerable patients if they would like treatment.

Speaking last week (Fri) at the daily Downing Street press conference, chief nurse Ruth May said: “My clinical colleagues have these discussions all the time with patients and their families.

“But Covid-19 should not be used as an excuse to do that quite separately.”