By Callum Towler I’m not an economist. Probably the closest I’ve come is when an idiot once tried to call me a communist. And here I am writing an article on the subject. Well I’ve heard economics is an art rather than a science, which makes sense: if the “experts” can get it so catastrophically […] 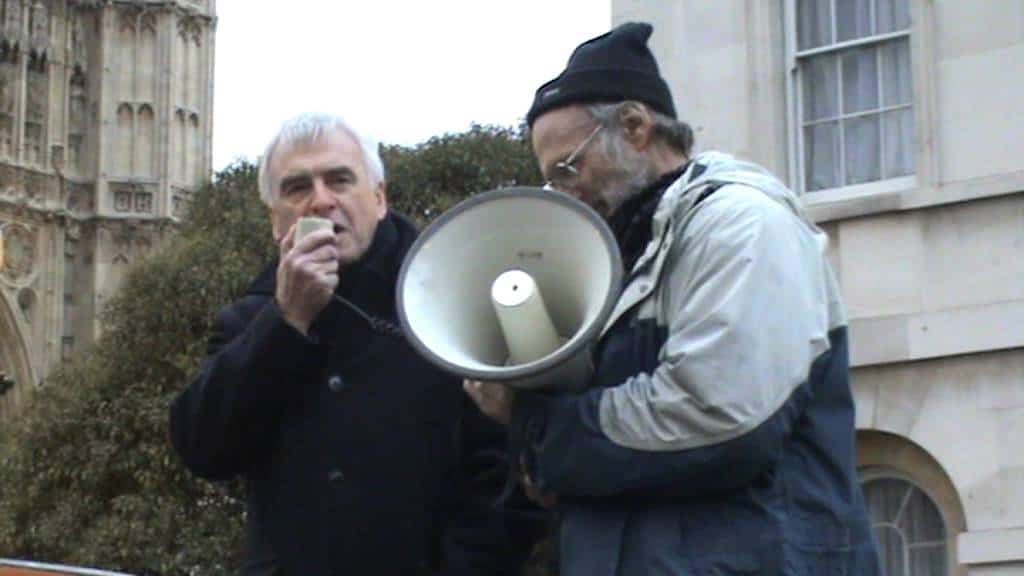 I’m not an economist. Probably the closest I’ve come is when an idiot once tried to call me a communist. And here I am writing an article on the subject. Well I’ve heard economics is an art rather than a science, which makes sense: if the “experts” can get it so catastrophically wrong, then I guess our opinions are as valuable as theirs.

Since the global economy imploded, I’ve naturally sided with experts calling for its reform. People like Thomas Piketty and Mariana Mazzucato, eminent economists in their field, have proven the system’s inherent bankruptcies through their research, and with their writing offered up workable alternatives. Yet to our Chancellor, they are the dissidents with their crackpot theories. Somehow, the free-marketers still hold the keys to the car; slashing state investment and praying – at all costs (well, mainly to their careers) – that a system they have no intention of changing isn’t embroiled in Armageddon 2.0.

However, to the rescue is John McDonnell; much sharper than the press would ever admit. He’s recruited seven of the leading dissidents, and formed Labour’s Economic Advisory Committee. And just like rock stars they’re touring the country, but less like rock stars they’re leading a series of public talks with the Shadow Chancellor. Mazzucato kicked things off last week, talking about her ideas around public investment that made Entrepreneurial State a bestseller. This may seem like a PR stunt of the Blair variety, “School Britannia” if you will: but it isn’t: the committee will eventually come together and feed into Labour policy. McDonnell knows that if voters are ever to trust Labour on economic matters again, they must own the future, communicate their vision simply, and keep in mind a few universal truths of our electorate.

I suspect McDonnell is well-versed in his Orwell but there’s one quote from I984 that would’ve resonated: “He who controls the past controls the future. He who controls the present controls the past”. There’s no getting away from the fact that people still blame Labour for the crash. That narrative – no matter how illogical – isn’t disappearing soon. But, from the opposition benches, McDonnell’s already set about controlling the present. He’s noticed the biggest chink in the Tory armour. Aside from promises of a new Northern Powerhouse, where are the big visionary ideas post-recovery?

Flicking again through their 2015 Manifesto ignoring the frankly laughable cliches like “cracking down on tax avoidance” (Um, Google) and “rebalance our economy” (didn’t read Piketty did they?), you realise how much of their vision is premised on recovery. A recovery that appears in terminal stasis, verging on deterioration if Osborne’s “cocktail of threats” (spin for his mistakes and uncontrollable global factors) leads to the Conservative’s Great Recession.

Even if it doesn’t happen, voters are unlikely to tick the box for continuity if five years have passed and we’ve just stood still. Tribally we’re a politically cautious bunch but a little Greek audacity may creep in if promises of progress are broken. Out of turmoil, the caged way we understand economics could be set free. And rather than an apathetic choice between two barely separable, distrusted parties, Labour will have broken away and fashioned a whole new discourse, founded on progressive policies with intellectual heft in spades.

This, of course, is the wishful thinking of anyone vaguely to the left. But, it really comes down to how cleverly Labour pitch it. Too bold, the electorate may bulk. Said in jargon, it’ll be ignored. Just about the poor, the comfortable middle class won’t be interested. If it doesn’t speak to people’s hopes, no one will care.

There’s a recession cycle roughly every seven years, so one is due. If it strikes it’ll seem faintly idiotic not to back major reforms to a system so predictably regressive. One party will call for change, ready with new thinking for the future. The other will be the Conservatives defending the tatters of the status quo for dear life. And at the end of our tether there will only be one choice.