Details of the duke’s funeral were released by Buckingham Palace on Thursday. 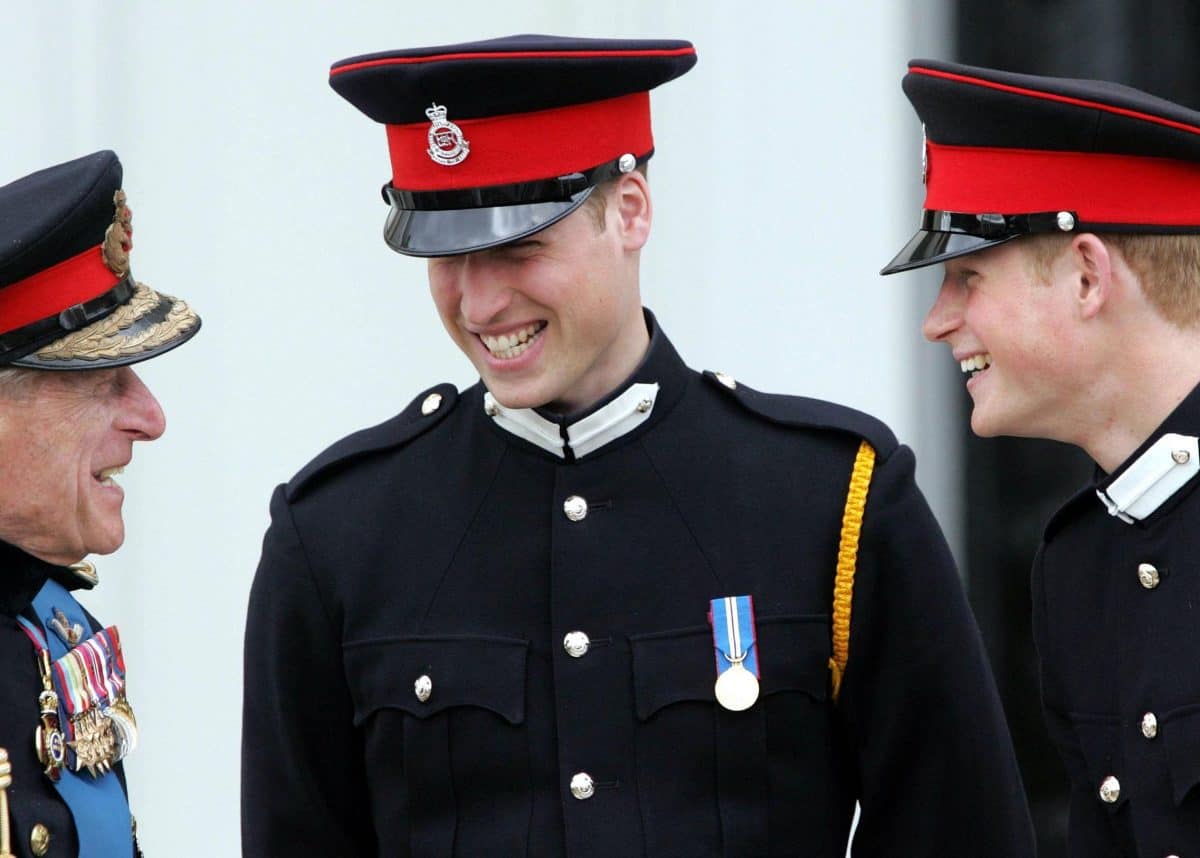 The Duke of Cambridge and Duke of Sussex will not walk shoulder to shoulder when they join senior royals taking part in the Duke of Edinburgh’s funeral procession.

William and Harry, whose troubled relationship has been well documented, will be separated by their cousin Peter Phillips when the trio walk in a line behind their grandfather’s coffin as they honour his memory on Saturday.

The future king will be one step ahead of his brother when the coffin is taken into St George’s Chapel at Windsor Castle, moving ahead of Harry as the royal family including the Prince of Wales process in pairs.

Details of the duke’s funeral were released by Buckingham Palace after Charles and the Duchess of Cornwall made an emotional visit to Marlborough House in central London to see floral tributes for Philip moved from the palace gates.

The couple spent some time looking at the cards and notes with the flowers, which had words of support including one which read: “HRH A True Gentleman.

“Thank you for your devoted service to our country.

“We shall miss you.”

Buckingham Palace has confirmed the Queen, like all the 30 guests invited to the service, will wear a face mask during the funeral which will last 50 minutes.

A palace spokesman said the monarch had to make “difficult decisions about who would be there” due to Covid restrictions limiting mourners.

The Queen will be sitting by herself in the quire of St George’s Chapel, with all mourners following Covid guidelines and remaining socially distanced, but for the short car journey to the place of worship from the Castle she will be joined by a lady-in-waiting.

Philip was the guiding force behind his funeral arrangements and reflecting his life-long association with the Royal Navy, Buglers of the Royal Marines will sound Action Stations during the service at the duke’s request.

It is played on a warship to signal all hands should go to battle stations and is sometimes featured at funerals of naval men.

A reduced choir of just four singers will feature during the service and the guests will follow Covid rules and not sing.

Among the guests are all of the duke’s children and grandchildren and their spouses, the children of the Queen’s sister Princess Margaret and three of Philip’s German relatives, the Hereditary Prince of Baden, Prince Donatus, Landgrave of Hesse and Prince Philipp of Hohenlohe-Langenburg.

Also invited is a close friend of the duke, Countess Mountbatten of Burma, previously known as Lady Romsey and later Lady Brabourne, Penny who was Philip’s carriage driving partner.

Buckingham Palace confirmed that royal men will wear morning coats with their medals while the women will wear day dresses.

The funeral will be the highest profile royal event the Duke of York has attended since he stepped down from public duties following his disastrous Newsnight interview about his friendship with convicted sex offender Jeffrey Epstein.

Harry has spoken in the past about how he and William are on “different paths” and have good and bad days in their relationship.

Their brotherly bond was put under further strain after the Sussexes’ interview with Oprah Winfrey where they accused a royal family member of racism, something William strongly denied.

Asked whether arrangements for the procession reflected the royal siblings’ relationship, a Buckingham Palace spokesman said: “This is a funeral, we’re not going to be drawn into those perceptions of drama, or anything like that, this is a funeral.

“The arrangements have been agreed, and they represent Her Majesty’s wishes, so we’re not going to say anything more on that.”

The Buckingham Palace spokesman stressed the duke’s funeral will “at its heart” be a “family event”.

He said: “We are following the Covid guidelines, there (is) a limit on who could be invited as a guest and Her Majesty wanted to ensure that all branches of the duke’s family were there, and had to make – I think fair to say – difficult decisions about who would be there.”

BBC broadcaster Huw Edwards will lead nearly six hours of coverage broadcast from Windsor across three programmes on Friday and Saturday, while ITV News’ funeral coverage on Saturday will be led by Tom Bradby and Julie Etchingham.

During the funeral service, which will be conducted by the Dean of Windsor David Conner, the duke’s coffin will be lowered into the royal vault in front of the guests.

A senior palace official said: “The dean will give the commendation as the coffin is lowered into the royal vault, Garter Principal King of Arms will then proclaim His Royal Highness’ styles and titles from the sanctuary.”