“Despite the High Court’s vehement rejection of their “hopeless” application for permission to appeal, they are now trying to appeal to the Court of Appeal. Will it never end?” 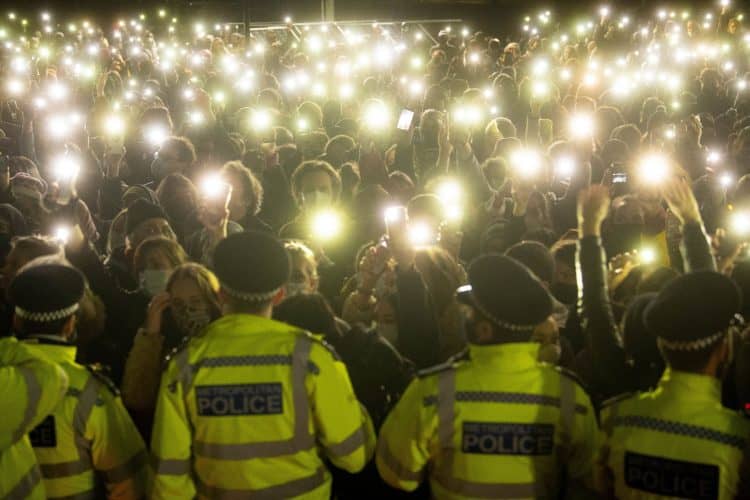 The Metropolitan Police are seeking another bid to challenge the High Court’s ruling over the Sarah Everard vigil.

High Court judges earlier this month refused the force permission to appeal against its March ruling, which concluded that officers breached the rights of vigil organisers with its handling of the planned event in March 2021.

However, Scotland Yard confirmed on Friday evening that they are now seeking permission from the Court of Appeal to challenge the High Court decision.

The campaign Reclaim These Streets (RTS) group, which organised the event, criticised the force earlier on Friday.

The group tweeted: “We can now announce that @metpoliceuk are spending more taxpayer money to continue to fight us in court.

“Despite the High Court’s vehement rejection of their “hopeless” application for permission to appeal, they are now trying to appeal to the Court of Appeal.

“Will it never end?”

Responding to RTS’s tweet, the Met Police said its appeal is not focused on the policing of the vigil itself but decisions and communications with RTS ahead of the event.

We can now announce that @metpoliceuk are spending more taxpayer money to continue to fight us in court. Despite the High Court’s vehement rejection of their “hopeless”application for permission to appeal,they are now trying to appeal to the Court of Appeal. Will it never end?

In a statement, the force said: “The reason we’re appealing this case is that we believe there are important points of principle around the role of police in advising organisers ahead of a proposed event and whether that should involve an assessment of the importance of the cause.

“We believe that clarity around these issues is of the utmost importance both for citizens and their right to free expression, and for the police in how they enforce legal restrictions while remaining neutral to the cause behind the event itself.

“This appeal is not about the policing of the vigil itself, but about the decisions and communications with Reclaim These Streets ahead of the planned event last March.

“As an organisation we work with, support and police hundreds of protests and events across London every month and take our responsibilities very seriously. We welcome and fully accept the important principles of scrutiny and challenge into this area of policing.”

RTS proposed a socially distanced vigil for the 33-year-old, who was murdered by former Met officer Wayne Couzens, near to where she went missing in Clapham, south London, in March last year.

The four women who founded RTS and planned the vigil brought a legal challenge against the force over its handling of the event, which was also intended to be a protest about violence against women.

RTS withdrew from organising the vigil after being told by the force they would face fines of £10,000 each and possible prosecution if the event went ahead.

However, a spontaneous vigil and protest took place instead.

Jessica Leigh, Anna Birley, Henna Shah and Jamie Klingler argued that decisions made by the force in advance of the planned vigil amounted to a breach of their human rights to freedom of speech and assembly, and said the force did not assess the potential risk to public health.

In a ruling in March, their claim was upheld by Lord Justice Warby and Mr Justice Holgate, who found that the Met’s decisions in the run-up to the event were “not in accordance with the law”.

After considering an application on paper – without a hearing – by the Met to challenge the ruling at the Court of Appeal, the judges refused permission.

However, they are now asking the Court of Appeal itself to grant permission to challenge the ruling.