Assange, 51, has been in London’s Belmarsh prison since being dragged out of the Ecuadorian embassy in 2019. 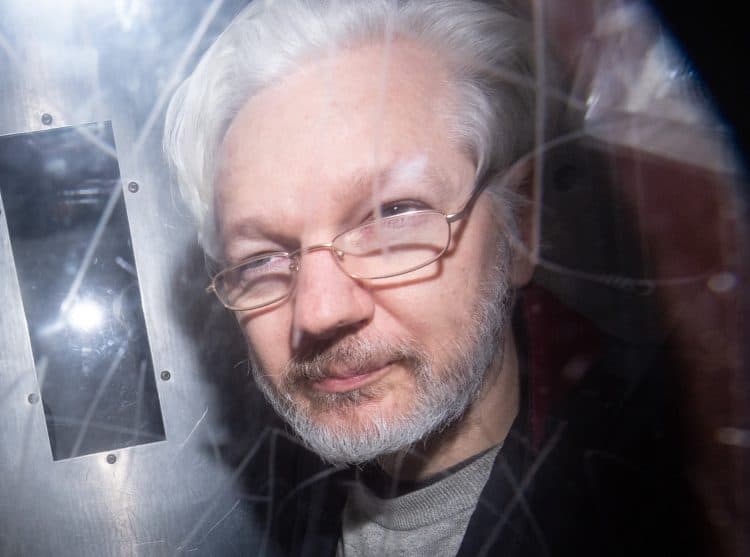 Julian Assange’s brother hopes an award given to the WikiLeaks founder by Mexico is an important step in the campaign to free him.

Gabriel Shipton accepted the so-called ‘keys to Mexico City’ on behalf of his brother amid increasing efforts to persuade authorities in the UK, US and Australia to release Assange from prison.

Australian Assange, 51, has been in London’s Belmarsh prison since being dragged out of the Ecuadorian embassy in 2019 and is fighting a long-running legal battle to avoid extradition to the US.

Mr Shipton said the move by Mexico has “reinvigorated” the campaign and lifted his brother’s spirits.

He told the PA news agency from Mexico: “The significance of this is that Mexico understands the importance of Julian’s work.

“Mexico has been a leading advocate for Julian’s freedom and the President is leading the charge among world leaders to free Julian.

“Mexico is vital in that sense because it is a close neighbour of the US, so its support for our campaign is priceless.”

Mr Shipton and his father John are due to meet senators in Mexico on Friday and will join events to mark Mexico’s independence, which will be headed by its President Andres Manuel Lopez Obrador.

The President invited Assange’s family to Mexico, along with the families of Cesar Chavez, Nelson Mandela and Martin Luther King Jr as part of the independence day celebrations.

Mayor of Mexico City, Claudia Sheinbaum, gave the keys to the city award to the family, saying: “For us, Julian represents truth and freedom of expression. We are a progressive city that has always defended great freedoms and the right to free access to information.”

Assange’s family is continuing to press Prime Minister Anthony Albanese to intervene in the case.

Mr Shipton told PA there is an expectation among the public in Australia that some progress should have been made following the election of Mr Albanese over 100 days ago.

He said he hopes his brother’s case can be discussed by the political leaders of the UK, US and Australia when they attend the Queen’s funeral in London on Monday.

Thousands of people are signing up to be part of a human chain around Westminster on October 8 to demand Mr Assange’s release, with events also being held in other cities around the world.