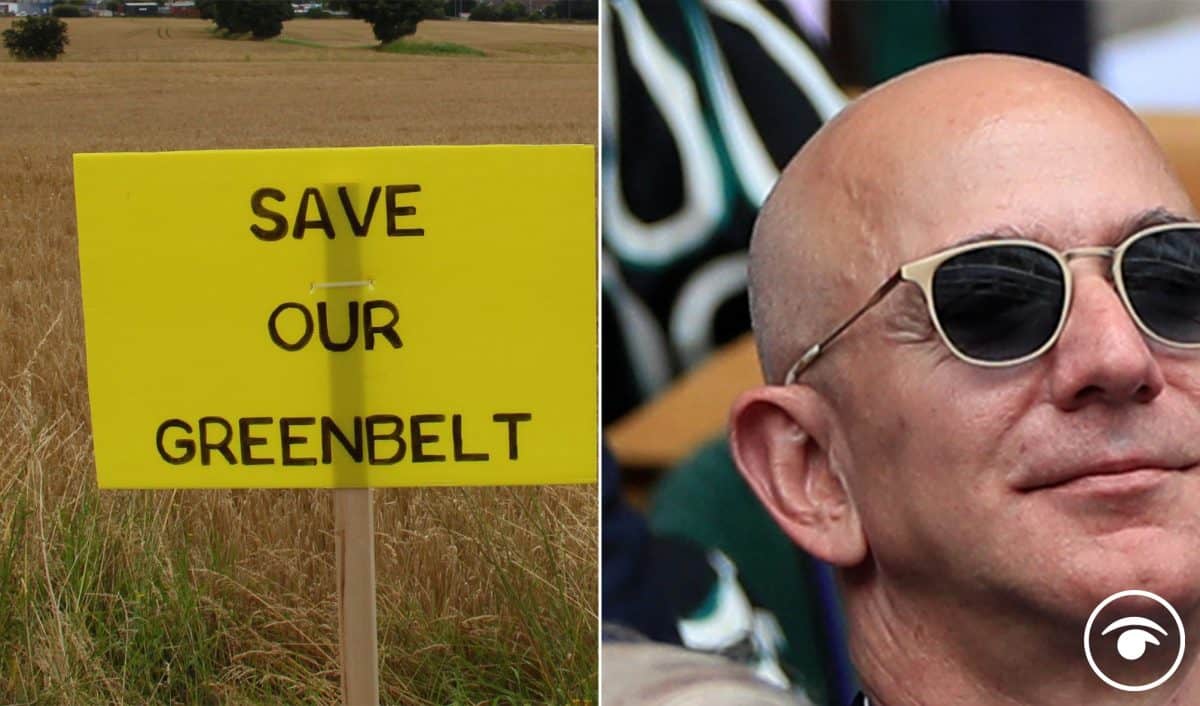 When London property developers promised thousands of new jobs in a former pit village on Merseyside, the local council eagerly backed the scheme.

Two years on, residents who opposed the Amazon warehouse plans are warning others of the huge expansion of the online giant as they mourn the loss of green belt – while still awaiting the 2,500 jobs promised.

The huge “Sortation” centre built at Florida Farm in Haydock, near St Helens, is just one of a number of massive developments planned or already operated by Amazon, undergoing a huge expansion on the back of the massive surge in online sales during the pandemic lockdowns.

Further Amazon expansion includes sites at Stockton in the North East, Ferriby, near Hull and a “Mega Shed” in Dartford, Kent, set to be among the largest warehouses in Europe.

But retired solicitor Paul Parkinson, from Haydock, told the PA news agency the Amazon warehouse, built by developers Bericote, had brought few jobs for locals and, “chaos” to the area.

Bericote had claimed at planning meetings the scheme, built on farmland, would bring anything between 2,500 and 5,000 jobs, and employment opportunities was the justification for concreting over green belt land.