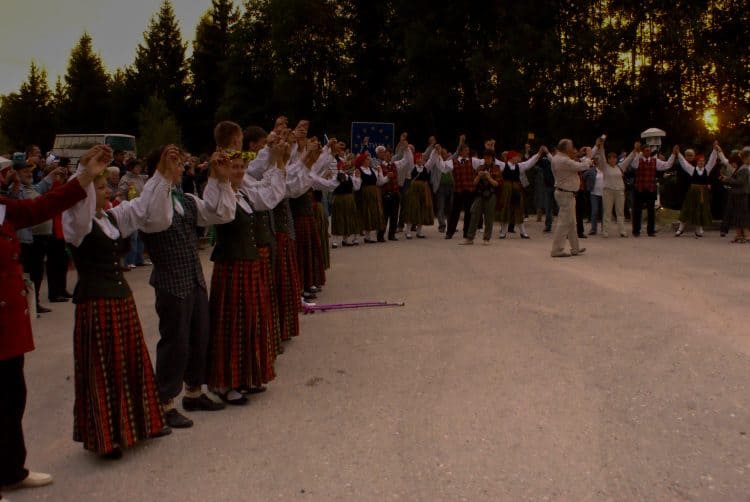 It has been almost 33 years since the Baltic Way made international headlines across the planet. Some two million citizens – standing in a human chain that ran through Estonia, Lithuania, and Latvia – stood together to fight for their freedom from Russia and the Soviet Union.

What is the Baltic Way?

The visually-striking protest has gone down as one of the most successful demonstrations of all time. The 600km-long chain was seen as a symbol of hope, unity, and togetherness in the face of a ruthless oppressor.

Within a few years, the three states had all gained their independence, and the Baltic Way was given a large amount of credit for it. Now, more than three decades on, that united spirit against Russian aggression is being summoned once more.

While Ukraine battles valiantly to repel the Russian Army, cities in the east are still being ruthlessly shelled. The invasion is believed to have claimed thousands of lives, with the civilian death toll rising each day. But that unbreakable Ukrainian spirit is drawing comparisons to another iconic event.

Over the past week, images and accounts of the Baltic Way have been shared across social media. The flurry of posts paid tribute Estonians, Lithuanians, and Latvians alike for their extraordinary show of togetherness – and even President Joe Biden is a fan…

During a public address last Monday, the Democrat leader hailed the Baltic Way, claiming that it helped ‘lift the iron curtain’. He also compared the levels of courage shown with that of the Ukrainian people, in the face of Vladimir Putin’s onslaught.

“The people of Europe fought for decades to free themselves and to lift the Iron Curtain, joining hands for the Baltic Way and standing for Solidarity in Poland. Today, we’re seeing that courage once again with the brave Ukrainian people.”