It comes as the Government's chief medical officer was harassed and manhandled by men in the street as he walked through St James’s Park. 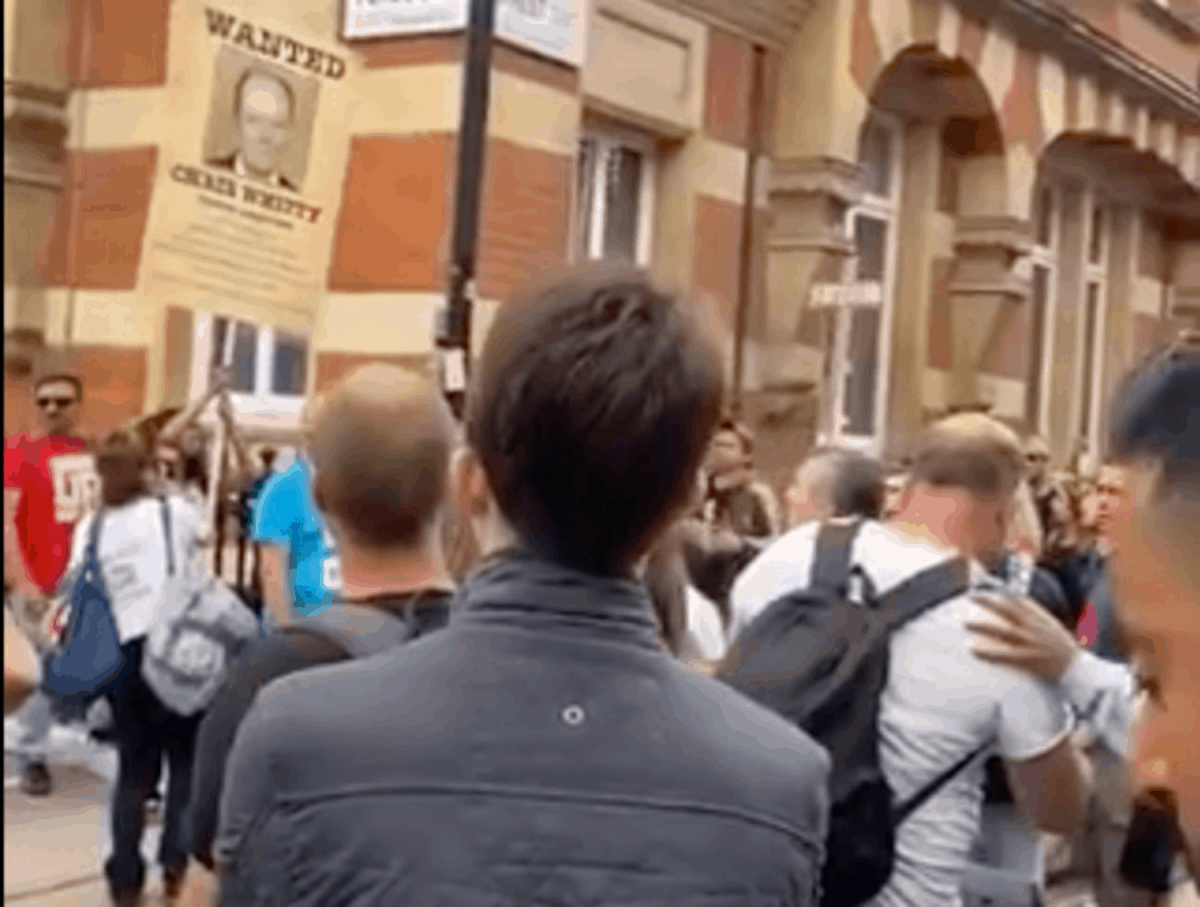 Footage has emerged of protesters chanting ‘traitor’ and ‘murderer’ outside Chris Whitty’s house during a ‘freedom rally’ in London this weekend.

Police clashed with protesters as they made their way through the capital to voice their anger over the Government’s decision to push back the lifting of lockdown restrictions.

Shouts of ‘Arrest Chris Whitty!’ could be heard, with placards including ‘Defy, resist, do not comply’ and ‘It was never about health, it’s about control’ seen.

Campaigners also made their way to Whitty’s house to voice their angst, prompting a furious reaction on social media.

Desperate, awful stuff. What has become of us? https://t.co/9TZgtVXFzl

It comes as the Government’s chief medical officer was harassed and manhandled by men in the street as he walked through St James’s Park.

As Prof Whitty attempts to walk away, the men grab him again. With a line of police vans visible in the background, a voice is heard saying “Leave the gentleman alone” before the clip ends.

Footage has emerged of Professor Chris Whitty being manhandled by two men in the street.

The prime minister has condemned the “thugs” who accosted Whitty.

“I condemn the behaviour of these thugs. Our hard-working public servants should not have to face this kind of intimidation on our streets and we will not tolerate it.”

Home Secretary Priti Patel said she was “just horrified” by the incident and that officials are looking at support available to Prof Whitty.

Asked if he needs security measures, she told Times Radio: “I can’t speak about that but it’s important that we make sure that Chris is given the right kind of support.

“It’s terrible to see such an important public figure, someone that day in, day out, has been serving our country in the way in which he has to keep us safe, being subject to just appalling abuse.”

Related: Hundreds of thousands of EU citizens left in the lurch over residency applications