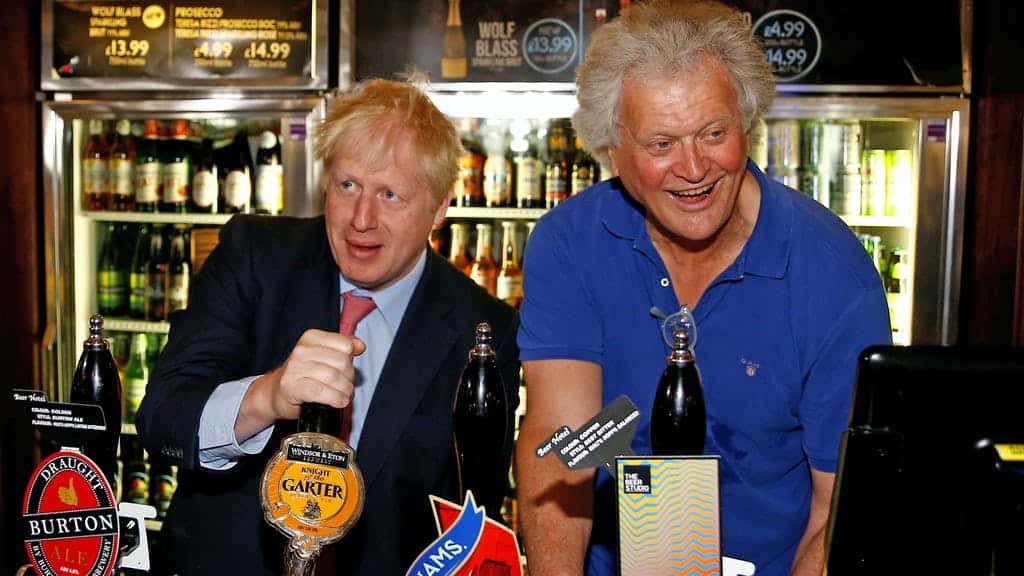 News that Wetherspoons could escape temporary restrictions in Merseyside has caused outrage on social media, with people pointing to the “special relationship” between Boris Johnson and its founder Tim Martin.

According to the Guardian’s northern correspondent Josh Halliday ‘food-based pubs’ may be allowed to remain open while pubs and bars that don’t “substantially” serve food will have to close later this week.

Merseyside is expected to have tough restrictions imposed as part of Tier 3 measures today.

Pubs and bars are likely to be ordered to close in the six boroughs that make up the city region but Mayor of Liverpool Joe Anderson has said restaurants will be able to remain open until 10.30pm.

The news has yet to be confirmed, but the reaction so far has been far from complementary:

Since when is bloody Wetherspoons a food based pub? It’s full of drunken men with zero care for social distancing. They should be the first to close. Couldn’t be anything to do with Tim Martin being a brexiter ? ?? https://t.co/lKdFNrXYb9

Of course Tim Martin Wetherspoons will be able to stay open.

We’ve all become accustomed to how things work when your part on the Tory One nation society ???

If true that the Tories are giving Wetherspoons an exemption then it is clear this is all about benefiting their mates and absolutely nothing to do with protecting the people of this country. That is their first duty and they have failed it. We need rid of them.

Wetherspoons could be the only pubs going and I'd still not go near them.